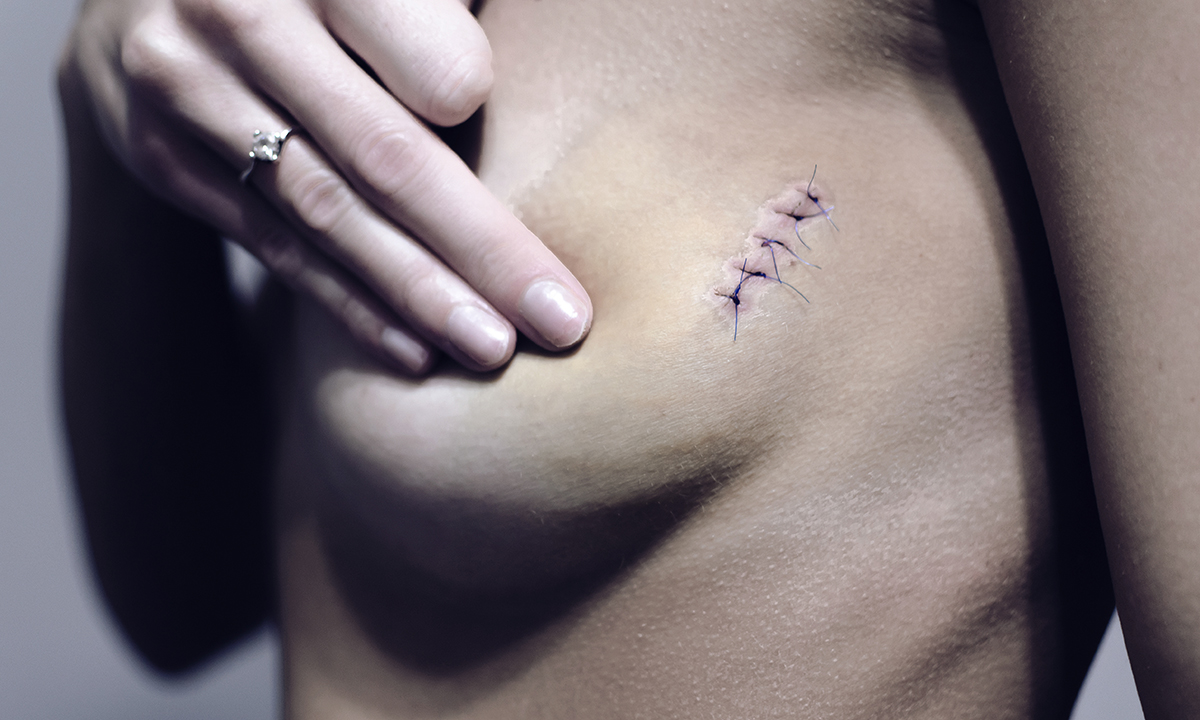 What happens to breast cancer survivors?

BREAST cancer is not the killer it once was. Thanks to better treatments and earlier diagnosis, 5-year survival rates in Australia have jumped from 70% in the 1980s to over 90% . Around 75% of women diagnosed with the disease will not die from breast cancer. There are more breast cancer survivors alive today than ever before, and they are starting to receive increased attention from researchers and clinicians.

A new study published in the MJA zeroes in on this population and asks whether certain chronic diseases are more likely to develop in breast cancer survivors than in other women.

The study, which used PBS medication records as a proxy for disease diagnosis, looked at over 4200 Australian women diagnosed with hormone-dependent cancer. The researchers found 20– 30% higher rates of depression, pain, osteoporosis, diabetes, cardiovascular disease and gastric acid disorders in this population than in matched controls.

Risk of developing cardiovascular disease, depression or osteoporosis were highest during the first year of endocrine therapy, after which it tailed off, although it remained higher than in the general population for up to 10 years after diagnosis.

The researchers from the University of South Australia and other institutions say the burden of non-cancer comorbidities has become a major concern for this population, but also that it remains “largely unrecognised”. The study findings “support the need to develop appropriate models of care to manage the multiple chronic disorders of breast cancer survivors”.

Dr Jacqueline Chirgwin, a Melbourne-based medical oncologist who has penned an editorial on the research for the MJA, says that breast cancer survivors have a unique and broad range of problems and needs.

“There are two facets to looking after women who have had breast cancer: there is the cancer side of things, and there’s general health. This research highlights the fact that breast cancer survivors will have more general health issues than the average, and I think it’s acknowledged that we don’t manage that side of things so well,” she told MJA InSight.

Dr Chirgwin says that a lot research is being done in this area and models of care for survivorship are being developed, but there isn’t yet a clear consensus on what the benchmark model of care should look like.

“The ideal for me would be some sort of shared model with GPs, such that a patient comes to a certain point in their care where they don’t really need the oncologist so much, and the GP is looking after their other issues.”

Other health care providers, such as psychologists, breast care nurses and gynaecologists, could also play a role in this model, she adds.

Dr Chirgwin says that one area that needs work is communication between oncologists and GPs.

“As oncologists we’re not bad at writing oncology-focused letters to GPs but not much more than that. We don’t spend much time educating GPs on what we think their role is, and on the other side of the coin, it’s not very often that the GPs are in contact with us, either. It’s an old problem that we’ve had forever, and we do need to improve it.”

Professor Fran Boyle, a medical oncologist at Sydney’s Mater Hospital, takes a somewhat different message  from the new research. She thinks that the increase in comorbidities the study found is more likely to be due to detection bias than to the effects of cancer or its treatment.

“What I find interesting is that the breast cancer patients are at their highest risk of comorbidities in the first year after diagnosis, and then it goes down. What that tells me is that diagnosis of breast cancer is the point at which doctors re-evaluate their patients’ health in a very holistic way. We actively look for comorbidities; in particular, when prescribing endocrine therapy, we look for low bone density.”

She says that if the higher rates of osteoporosis in breast cancer survivors were caused by the endocrine therapy, you’d expect to see a gradual increase in incidence over time, rather than a peak at the beginning followed by a drop-off.

But she adds that the comforting message of the study is that oncologists are actively screening for osteoporosis. Treating osteoporosis with bisphosphonates not only helps patients stay on their endocrine therapy, she says, it probably also has an anti-cancer effect.

“There have been major randomised trials showing the anti-cancer benefits of osteoporosis treatment. But it’s an off-label use, so younger patients will be paying for the drugs. One of the problems in breast cancer is that bone density testing is not reimbursed by Medicare, so people are out of pocket. There is a push to get it subsidised, which would be helpful.”

She says that oncologists are often accused of being focused on the treatment rather than the patient, but the study shows that problems are being picked up early and the patients are being treated for them.

“Rather than the endocrine therapies themselves being a cause of long term problems, they’re a trigger for careful health evaluations and management, and that’s a good finding. We, as oncologists, have got the message about non-adherence, and if you don’t manage side-effects early, you run into trouble with non-adherence. Once upon a time, medical oncologists were there just to prescribe the chemotherapy, and now we’re providing holistic care to people with breast cancer.”

But Professor Boyle does identify one area where she thinks management of breast cancer survivors could be better.

“Musculoskeletal issues can be problematic in this group and I don’t think there’s good enough communication between all the specialists involved – physiotherapists, orthopaedic people, pain specialists, oncologists and GPs. Bone multidisciplinary care is increasingly good in cancer, but musculoskeletal issues are the gap. Good management of these problems in the first couple of years increases the likelihood of patients staying on their endocrine therapy and reaping the benefit of it.”

Professor Boyle points out that during the time period of the study (2003-2014), the focus was on adding more treatments, which might lead to better survival but also increased risk of other symptoms. However, the current emphasis is on de-escalating treatment for patients at low risk of recurrence, which may lead to fewer symptoms.

“If we do this same study in 5 years’ time, we might find very different results,” she notes.

7 thoughts on “What happens to breast cancer survivors?”