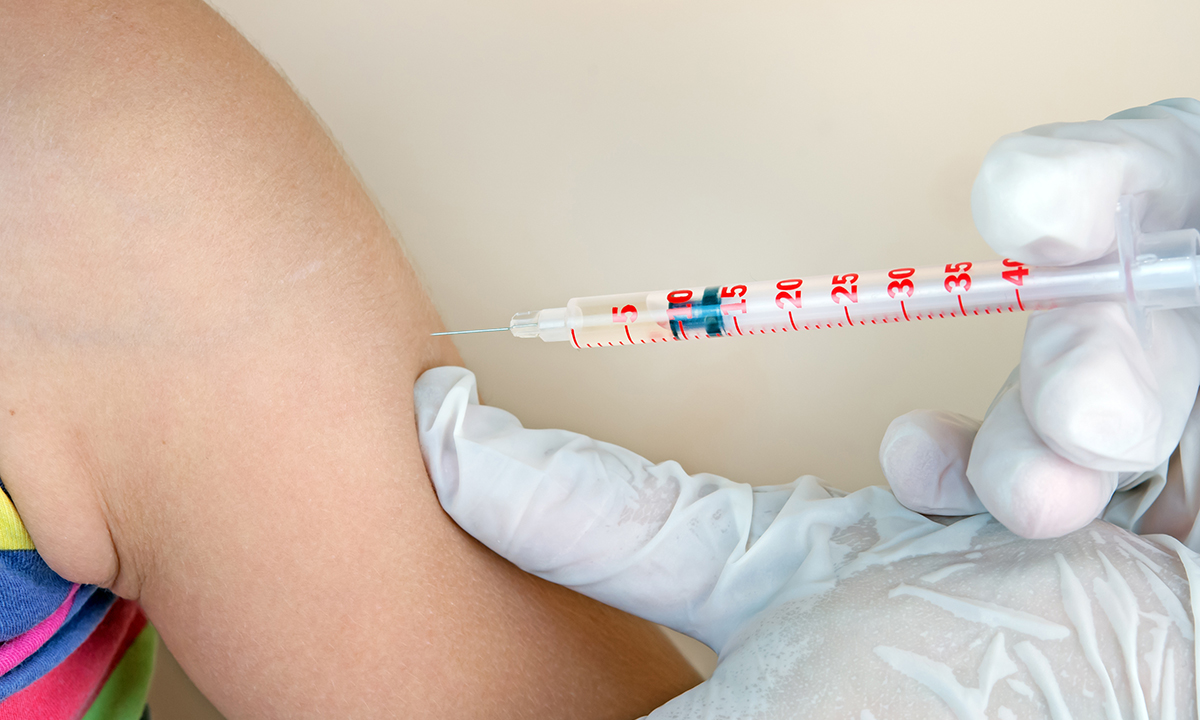 UPDATE and correction: An earlier version of this story incorrectly stated that chemists were selling 2016 vaccine stock. This is incorrect. All 2016 stock had a use-by date which prevented it being used this year, and it is likely that most leftover 2016 stock has been destroyed. We apologise for the error, and any misunderstanding that it caused.

CHEAP influenza vaccines currently available at chemists may benefit healthy people, but those at high risk should wait until the updated 2017 vaccine is available from their GPs in April, says a leading expert.

Professor Robert Booy, head of the clinical research team at the National Centre for Immunisation Research and Surveillance and spokesperson for the Influenza Specialist Group, told MJA InSight that, as with last year’s vaccine, the 2017 shot will provide wider coverage and protect against two B strains of influenza.

“There are a lot of people, including people over the age of 65 years, those with chronic medical conditions, pregnant women, Indigenous adults and children under 5 years of age, who can receive this vaccine free of charge [via the National Immunisation Program] some time in April,” Professor Booy said.

“These people should get this updated vaccine the way they have before – free from their GP.”

“The 2017 vaccine has been updated to include a Michigan strain from the US, which is different to the California strain that has been used for the past 6 years,” said Professor Booy.

However, there is a locally manufactured 2017 quadrivalent influena vaccine which may be available in some chemists as early as mid March, which is suitable only for adults.

“There is some Australian stock available, which is quadrivalent, so it is safe and effective. It’s an Australian product and it’s only available to adults. It’s not cheap in the sense of being an inferior product – it’s a good, quadrivalent vaccine made in Australia,” said Professor Booy.

Professor Booy said that there was no problem with healthy people getting that vaccine until the updated shot becomes available in April.

“For healthy people, especially healthy people who are going to be in contact with people at high risk of the flu, they should go and get a cheap vaccine at the chemist this month. This will ensure healthy people are well protected by a vaccine that doesn’t cost very much, and they can do this without much fuss and bother.”

Associate Professor Sanjaya Senanayake, an infectious diseases physician in Canberra, told MJA InSight that it was difficult to know which strain of flu would dominate in a given season, which was also why the vaccine protected against four different strains.

“The other great unknown is whether one of the wild-type vaccine strains will mutate slightly, making the vaccine less effective and thereby leading to a high number of influenza cases this season.”

Professor Booy described flu forecasts as a “lottery”, but said that there were certain things we could expect.

“We’re unlikely to have a big B season this year, as we only had a B season a couple of years ago, and we know we only have a B season every 3–4 years.

“It will probably be, as last year, quite a bit of influenza AH1 and influenza AH3, so in that sense it won’t be a surprise,” Professor Booy said.

Professor Senanayake said that on the whole, the updated vaccine this year would be similar to the 2016 vaccine.

Both experts agreed that high-risk patients should wait for the new free vaccine to ensure for maximum protection, while lower-risk patients who were not entitled to the free vaccine may want to consider the cheaper version on offer which will likely offer similar coverage.

7 thoughts on “Cheap flu vaccine not for high-risk patients”