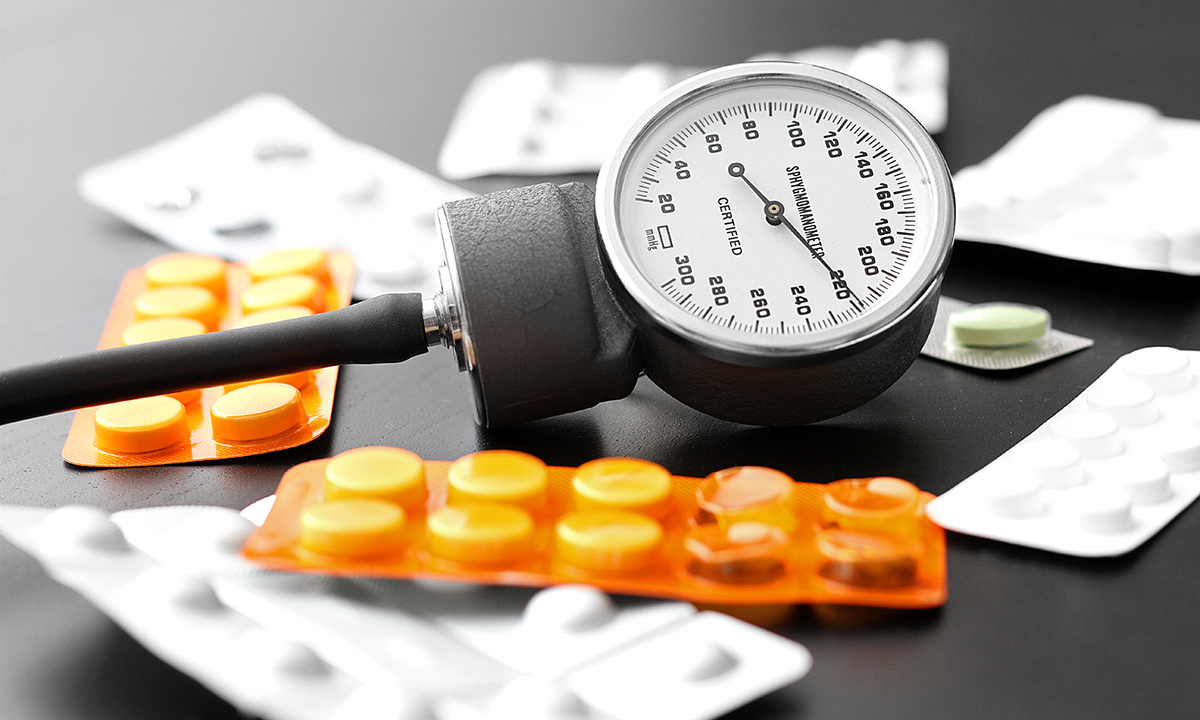 Globally, most patients with hypertension are treated with monotherapy, and control rates are poor because monotherapy only reduces blood pressure levels by around 9/5 mmHg on average. The study, led by the George Institute for Global Health and published in The Lancet aimed to assess whether ultra-low dose combination therapy could improve efficacy and tolerability.

While only including 18 patients – less than the planned sample size of 50 due to budgetary constraints – the Sydney-based study found that patients’ ambulatory blood pressure levels fell by roughly 19/14 mmHg during treatment with a single pill containing quarter-standard doses of irbesartan, amlodipine, hydrochlorothiazide and atenolol, which was significantly more than the fall during placebo treatment (P < 0.0001). All quadpill patients achieved an office blood pressure level of less than 140/90 mmHg during treatment compared with six out of 18 patients during placebo treatment.

The authors said that their finding of a large benefit with minimum side effects was consistent with trials involving one or two drugs at quarter-dose.

“The findings of our small trial in the context of previous randomised evidence suggest that the benefits of quarter-dose therapy could be additive across classes and might confer a clinically important reduction in blood pressure,” they concluded.

The “quadpill” approach could address “treatment inertia” they said, “because it reduces the reliance on stepped-up titration, which is rarely completed in practice”.

“A quadpill also addresses the individual variation in responsiveness to different agents through provision of a combination with a range of modes of action,” they wrote. “Improved adherence is also likely as a result of both decreased pill burden and use of lower doses to minimise side effects.”

Patients in the trial received either placebo or the quadpill for 4 weeks, followed by a 2-week placebo washout, then the alternative treatment for 4 weeks.

There was no difference in side effects associated with treatment compared with placebo; however, the study showed considerable placebo effects. One-third of patients given placebo achieved the targeted blood pressure level in the office and 39% with ambulatory measurements.

Lead study author, Professor Clara Chow, director of the Cardiovascular Division at the George Institute, said her group was now preparing for a large-scale National Health and Medical Research Council-funded trial of the quadpill compared with a more usual approach to hypertension management.

Professor Chow stressed that the quadpill was different to previous “polypills” trialed to date.

“Most of the polypill trials only have two types of blood pressure-lowering drugs combined with an antiplatelet and a statin, with the main objective of improving adherence and therefore outcomes,” she told MJA InSight.

“The quadpill is a combination of four blood pressure-lowering agents, at ultralow doses, to achieve much more effective blood pressure control with one tablet. This trial is really about a different approach, not copackaging existing therapies into a more convenient single tablet.”

Professor Garry Jennings, of the Baker IDI Heart and Diabetes Institute, said that the latest proof-of-concept study suggested that the quadpill may in the future be a “shortcut way to achieve blood pressure control in more patients”.

“We know that in the real world, many patients do not have follow-up appointments with their GP for step-wise dose titration,” he said.

Professor Jennings argued that the risk of harms with the quadpill was likely to be low, saying that “these are particularly safe drugs, already in common use, with well known side-effect profiles”.

However, he said that it would be important to see whether the blood pressure-lowering effect varied across the 24 hours.

“If the fall in blood pressure happens quickly that could be dangerous for some patients,” he said.

Adelaide physician and hypertension guidelines co-author, Dr Geneveive Gabb, said that while the study showed promising results, the quadpill and other polypills could have drawbacks in real-world clinical practice.

“It’s true that adverse effects are usually dose-related, and as the quadpill only involves very small doses of each individual drug, the risks of adverse events are probably low,” she said.

“However, in practice, there are occasional adverse drug events that are idiosyncratic or allergic, and so initiating with four different drugs you may be exposing people to more different medicines than they need.

“It would make it difficult to attribute adverse events to a specific drug,” she said.

A quadpill would also reduce the flexibility to down-titrate drugs, she said – for instance, in the elderly patient who faints on extremely hot days.

While the simplicity of a combination pill was no doubt important for some patients, Dr Gabb warned that “a one-size-fits-all approach doesn’t work in hypertension”.

“In practice, it’s already possible to use this ultra-low dose combination therapy approach without a quadpill – it’s what experienced blood pressure doctors sometimes do,” she said.

Dr Gabb argued that the biggest gains in blood pressure control would come through better use of existing medicines and guidelines.

Such an approach had been shown to save lives and be highly cost-effective, she said.