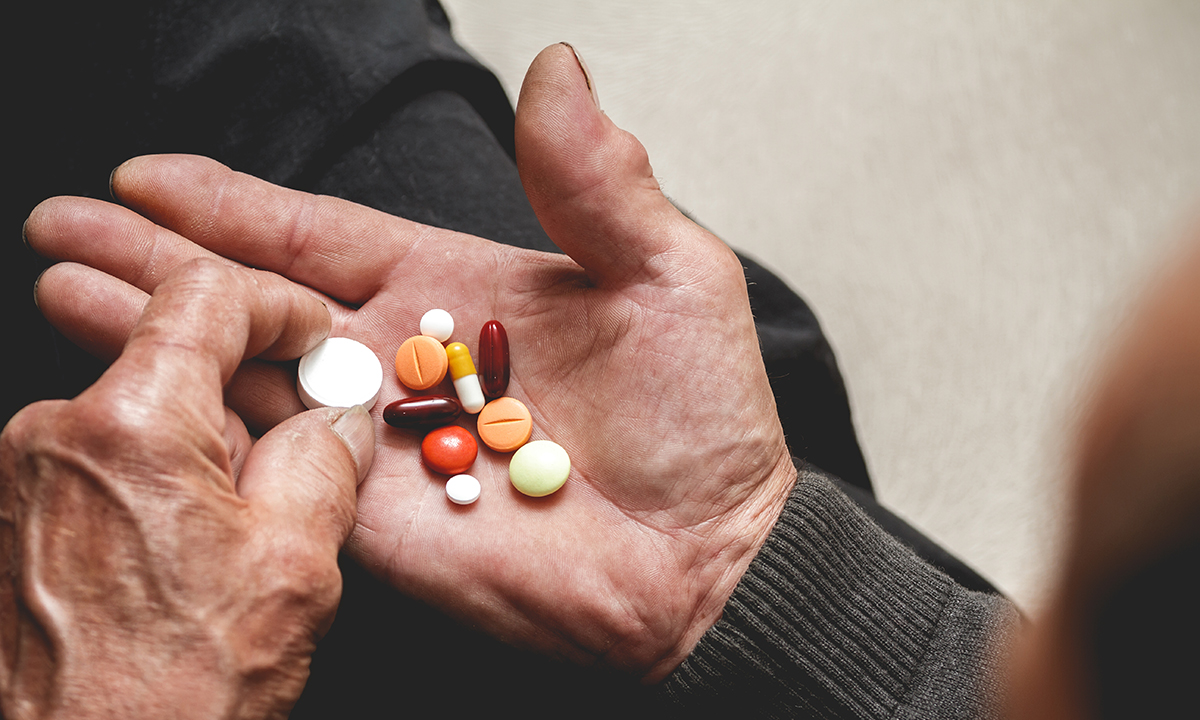 DEPRESSION and suicide in the elderly cannot be ignored, say experts, and services need to better manage social isolation and provide care that reflects the experiences of older people.

Professor Malcolm Hopwood, president of the Royal Australian and New Zealand College of Psychiatrists, told MJA InSight that we are underdiagnosing and undertreating depression and mental illness in older people, and “there is an urgency to do better”.

He said there was also a prevailing assumption that depression and mental illness was a natural part of getting older.

“We need to highlight this problem. There have been good mental health education campaigns for young people, but we’ve really not had any for older people. It’s like there’s been this conspiracy of silence for the elderly.”

Professor Hopwood was commenting on a study published in the MJA which looked at 17 276 admissions to hospitals from self-poisoning between 1987 and 2012.

The authors found that 626 patients (3.6%) were at least 65 years old. There was a steady decline in the number of overdoses with age. Most self-poisoning by both older people (aged 65 years and over) and younger people (under the age of 65 years) was intentional (80% and 89% intentional, respectively), but the proportion of unintentional and iatrogenic poisonings increased with age from 15% in the 65–74 years age group, to 34% in the 85–97 years group (P < 0.001) They also found that older patients treated for self-poisoning differed in several important respects from patients aged under 65 years. Hospital length of stay, rates of intensive care unit admission and cardiovascular adverse effects, and mortality were higher among older patients.

The authors wrote that self-poisoning by older people was likely to be an increasing problem as the Australian population aged.

“Despite the higher overall rate of completed suicide by older people, our data indicate that the risk of a fatal outcome following self-poisoning is low when the patient is treated in a specialist toxicology unit.”

Lead author of the research, Associate Professor Peter Pillans, told MJA InSight that “there are numerous factors that predispose older folk to depression – loneliness, loss of a spouse, loss of independence, loss of self-esteem, declining health – and it is not unrealistic to anticipate it is underdiagnosed.”

In an accompanying editorial, Professor Hopwood highlighted the lack of public awareness campaigns related to the mental health of older people.

“Despite the growth of our older population, public attention has been limited, despite a clear increase in the volume of campaigns about mental health in general, including those raising awareness of suicide.”

“These types of attitudes, which are contrary to research findings about depression in late life, remain a concern.”

He said that “we are undertreating the social isolation and loneliness that may lead to depression”.

“On the whole, antidepressant medication at a population level is being prescribed at very high rates in older people. Many [patients] prescribed antidepressants may do better with psychosocial therapies instead, [and] of course there are some who are not being given antidepressants who would benefit from them.

“But overall, finding ways to provide social and interpersonal connection and emotional support, along with brief psychological therapies – such as cognitive behaviour, problem-solving and mindfulness therapies – to help older people cope with late life challenges is the main deficit,” Professor Draper said.

John Snowdon, clinical professor of psychiatry at Concord Clinical School, told MJA InSight that it was less a case of undertreating depression and more a case of identifying patients and ensuring the right care was provided.

“The important thing here is that when people who are depressed go to their doctors, the doctors recognise that they are depressed and that appropriate treatment is needed, which is not always antidepressants.”

He said that if society was not even talking about mental illness and depression in older people, it made it harder to deal with the problem.

“We need to ask what are the appropriate community-based mental health interventions for older people, and how we do this, Professor Hopwood said.

Professor Snowdon said that this problem was not only about the provision of mental health care services.

“If they are physically ill, the best thing is to give them care and make sure that they are comfortable and maintain their sense of identity and self-esteem.”

Professor Hopwood also highlighted polypharmacy as a factor in both intentional and unintentional self-poisonings.

“We think the judicious use of medications is important. Part of a good clinical review is to look at what medications a person is taking.”

One thought on “End silence on old age depression”