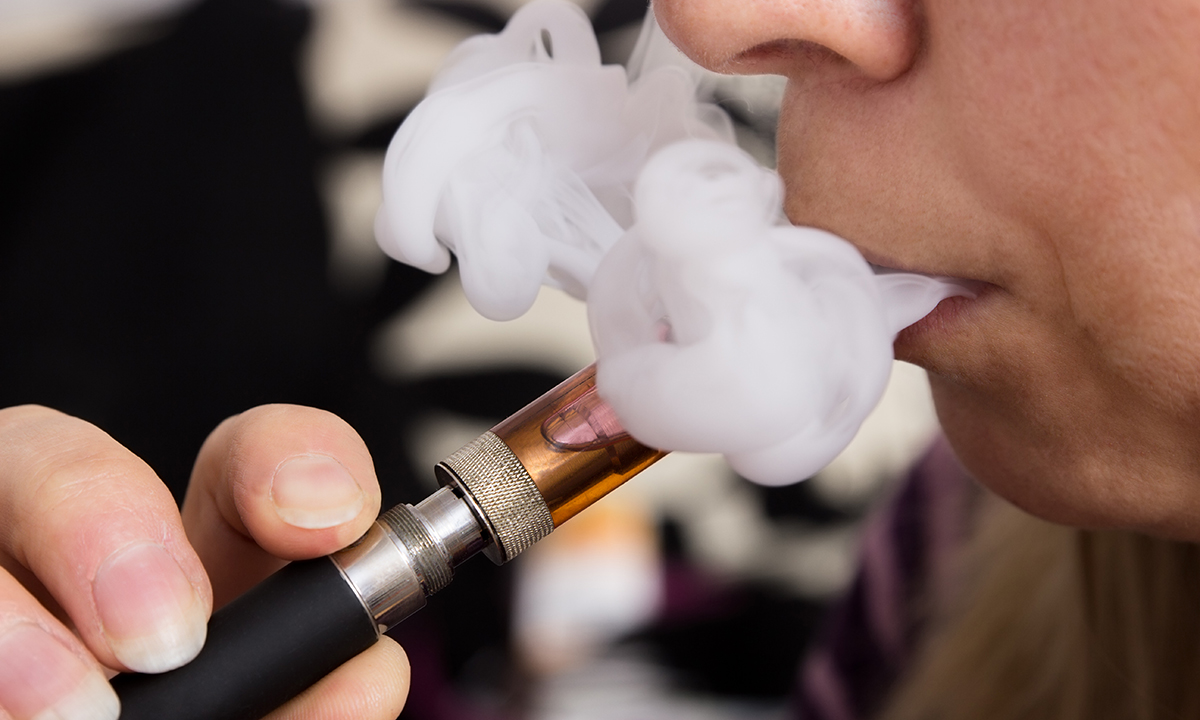 E-cigs and teens: evidence warns of harms and gateway effect

A GROWING evidence base finding that e-cigarettes act as a gateway to cigarettes for young people is good reason to maintain strict regulations in Australia, say experts.

Research published in Paediatrics this month, out of Yale University in the US, found that past-month e-cigarette use predicted future conventional cigarette use across three longitudinal waves among 808 Connecticut high school students. Cigarette use did not predict subsequent e-cigarette use, however.

The study is the latest in a growing evidence base that was reviewed in a Perspective published online by the MJA today.

The authors, from the University of Newcastle, Hunter New England Health and the National Centre for Drug and Alcohol Research, cited the following research:

“The consistency and strength of the findings from meta-analyses suggest that young non-smokers who use e-cigarettes are between two to five times more likely to subsequently initiate combustible tobacco smoking,” the MJA authors wrote.

Professor Stanton Glantz, from the Center for Tobacco Control Research and Education at the University of California, San Francisco, told MJA InSight that the MJA article was “very sensible”, and that he was increasingly frustrated with advocates for e-cigarettes.

“I think my friends here in the US, and in the UK and places like New Zealand [who advocate for the use of e-cigarettes] have collectively lost their minds,” he said.

“The evidence of adverse effects on children is bombproof now.

“They turn on more inflammatory processes in the lung than cigarettes do. Compared with cigarettes, e-cigarettes look like a Christmas tree [in terms of lighting up the lung].”

“A further concern about e-cigarettes and other new products promoted by tobacco companies is that lobbying of various kinds has diverted attention from the evidence-based action we need.

“Decisions on e-cigarettes, as for any products with claimed therapeutic benefits, should be left to the Therapeutic Goods Administration, which has the relevant expertise and independence.

“In the meantime, governments should get on with measures that we know work – reviving the national tobacco media campaign (inexplicably dropped despite needing less than 0.5% of the government’s $10 billion plus revenue from tobacco tax), and curbing new industry product and promotional gimmicks would be a good start.”

Dr Kathryn Barnsley, from the University of Tasmania, told MJA InSight that the tobacco industry’s tactics regarding e-cigarettes mirrored their campaigns in the 1980s and 1990s introducing “filter ventilation” and menthol cigarettes.

“On the subject of e-cigarettes, Australia should be happy to be the control group. Let’s keep them unlawful until they’ve been proven [to be safe] in other countries.

“If smoking rates drop and health improves in the US, then we’ll think about it.

Paul Grogan, Director of Public Policy at Cancer Council Australia, said that the observations in the MJA article reflected a growing body of evidence highlighting the potential risks of e-cigarettes to young people.

“The risks of e-cigarettes to young people, along with increasing evidence on their direct harms and ongoing uncertainty about their benefits as a quitting tool, are why all established public health organisations in Australia and governments recommend a precautionary approach to their availability.”

Mr Grogan said Australia’s intergovernmental Ministerial Drug and Alcohol Forum had recently called for renewed caution and, where appropriate, strengthening controls on the marketing and use of e-cigarettes in Australia.

He said the appeal of e-cigarettes to young people, and the potential for dual use of e-cigarettes and smoked tobacco products, could explain why the tobacco industry was the leading investor in the vaping market.

The third meeting of the Ministerial Drug and Alcohol Forum, held on 27 November 2017, issued the following statement on e-cigarettes:

“Members noted that the current evidence base in relation to e-cigarettes supports maintaining and, where appropriate, strengthening the current controls that apply to the marketing and use of these products in Australia. Members agreed to national guiding principles which reflect a precautionary approach to e-cigarettes and affirmed the current national regulatory framework remains appropriate.”

I do not recommend e-cigarettes as a smoking cessation tool

16 thoughts on “E-cigs and teens: evidence warns of harms and gateway effect”