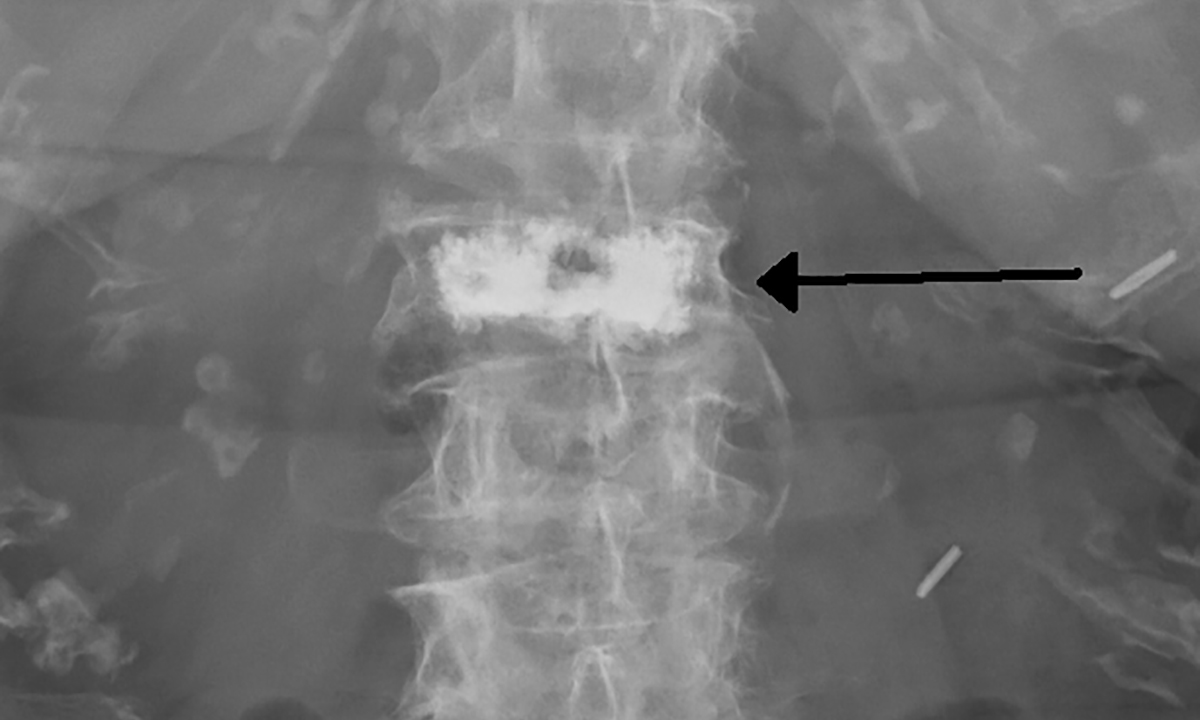 Vertebroplasty: back from the dead?

IN 2009, the publication of two pivotal trials appeared to seal the fate of vertebroplasty as a treatment for osteoporotic compression fractures. Initially developed for treating vertebral tumours, vertebroplasty involves injecting liquid cement into a collapsed vertebra, pumping it up to its uncollapsed size to relieve pain and morbidity. Since its introduction in the 1980s, the procedure had become increasingly popular, with good anecdotal evidence for its analgesic efficacy.

Then came the trials (here and here). Previous small studies had suggested some benefit, but these were the first randomised, placebo-controlled trials to be carried out for vertebroplasty, and they both showed no improvement in pain at various time points, compared with a sham procedure. A direct consequence of those results was the removal of the Medicare item number for the procedure, and its appearance on several “do not do” lists. The vertebroplasty era seemed to be over.

But was the medical establishment too hasty in writing off this procedure?

That’s the subject of a new Perspective published in the MJA. Its authors, led by Paul Bird, a rheumatologist in private practice and Associate Professor at the University of New South Wales, say that the 2009 trials do not paint a full picture. They have gone so far as organising their own randomised trial, published in the Lancet in 2016, which does show the efficacy of the treatment in a specific subset of patients.

“A group of us found that if we used this procedure for acute fractures in the first 6 weeks in people with a high level of pain, we saw dramatic results,” Dr Bird told MJA InSight in an exclusive podcast. “The need for analgesia dropped rapidly and many patients got out of hospital more quickly. So, the trials just didn’t fit with what we were seeing.”

Dr Bird said that the problem with the 2009 trials was that they were targeting the wrong people. To begin with, only a small proportion of those enrolled had acute fractures of less than 6 weeks in duration.

“What happens after 6 weeks is that the fracture begins to heal and harden, and you can’t get enough cement in to make a difference. If you get in early, you can restore some of the normal anatomy, and you avoid the muscle spasms and other associated symptoms.”

The other problem with the trials is that they enrolled patients who didn’t necessarily have high pain levels.

“If you don’t have much pain to begin with, your pain level might not go down much,” Dr Bird commented.

In designing their new trial, Dr Bird and his colleagues accounted for these perceived shortcomings, enrolling only patients with fractures with a duration of 6 weeks or less, and only those patients with high pain levels of seven or more out of 10. One-hundred and twenty patients were randomised to vertebroplasty or to a sham procedure, involving sedation and an incision, which was convincing enough that the majority of patients in the placebo arm believed they’d had the real procedure.

“There was a clear benefit of vertebroplasty over placebo. The pain scores fell at all levels from 3 days right out to 6 months. There were improvements in overall physical ability, and a reduction in the need for analgesia and hospitalisation,” Dr Bird said.

Dr Michael Johnson, an orthopaedic surgeon at Melbourne’s Epworth Healthcare, told MJA InSight that in his experience osteoporotic compression fracture was a self-limiting problem for the majority of patients.

“I’ve always had this belief that most people get better with no treatment. But I’ve used vertebroplasty occasionally and the effect can be miraculous, so I think there’s a group of people who can be helped.”

He pointed to the very elderly and the frail in particular as a group who could benefit from vertebroplasty.

“For these people, a compression fracture can change the situation from where they’re able to manage to where they can’t cope. In that group, vertebroplasty is a very good means of hastening recovery and getting them independently back in their home. This is a group that also tends to tolerate narcotic analgesics poorly. They can cause confusion and make people unsteady on their feet and at risk of another fracture, which is the last thing you want.”

He said that the removal of a Medicare item number for vertebroplasty was contrary to the clinical experience of a lot of people who had used the procedure.

Dr Johnson said that the next step should be for a working group of specialists to be set up to determine an appropriate, more restrictive descriptor for the use of the procedure, with a view to a new Medicare item number.

Dr Bird agreed, but said it was first necessary to change the perception around vertebroplasty.

“The problem is once something’s been maligned, it’s very hard to bring it back. So that’s what we’re trying to do at the moment, to undo that and show where it’s effective. We need to get the support of different societies – rheumatologists, endocrinologists, proceduralists. We’re seeing some international interest in our trial, with an editorial published in the Lancet. And slowly, slowly, the tide may turn.”

5 thoughts on “Vertebroplasty: back from the dead?”