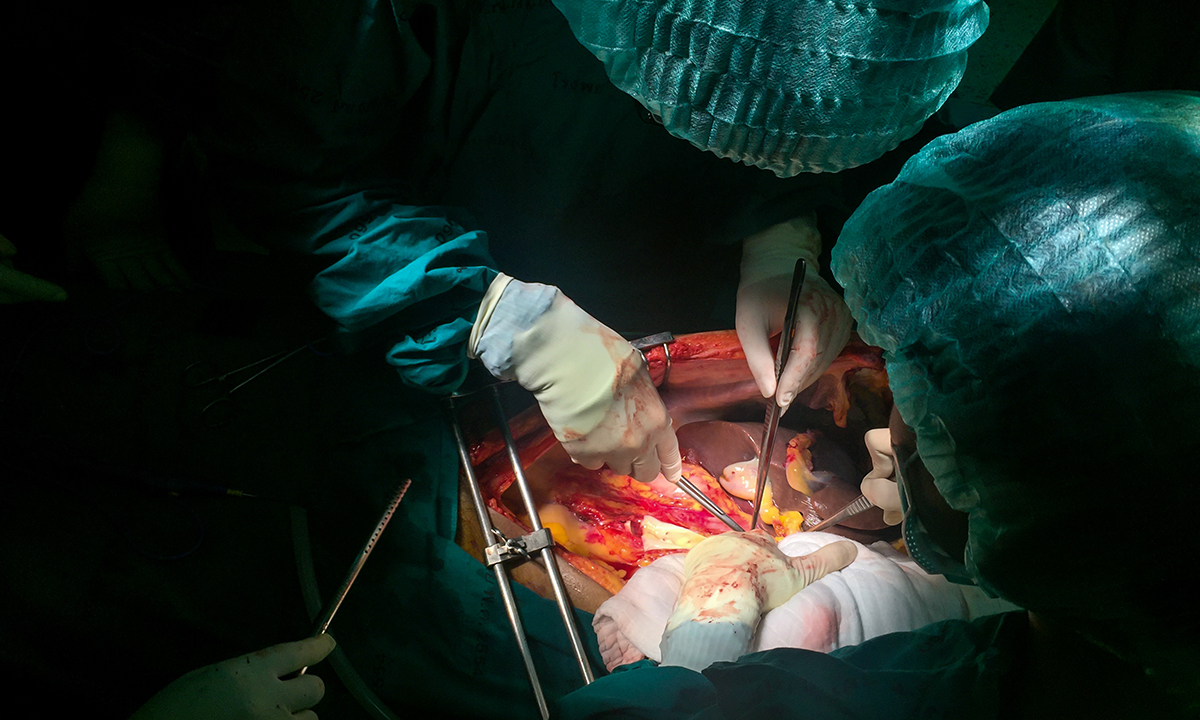 WIDENING the criteria for potential organ donation after circulatory death (DCD) will drive up donor numbers, particularly for kidneys and lungs, but transplant specialists warn that resources on the ground need to be boosted to cope with the increased numbers.

Research published by the MJA has shown that “identifying all … potential [DCD] donors, assuming a consent rate of 60%, would have increased Australia’s donation rate from 16.1 to 21.3 [donors] per million population in 2014”.

“The untapped potential for DCD in Australia, particularly of kidneys and lungs, is significant,” the authors, led by Dr Helen Opdam, National Medical Director of DonateLife, run by the Australian Organ and Tissue Authority, and Professor David Pilcher, Deputy Director of the Intensive Care and Hyperbaric Medicine unit at Alfred Health, wrote.

The researchers analysed DonateLife audit data on patients aged 28 days to 80 years who died between July 2012 and December 2014 in an intensive care unit or emergency department, or who died within 24 hours of discharge from either, in the 75 Australian hospitals contributing data to DonateLife, which is managed by the Organ and Tissue Authority. Ideal and expanded organ donation criteria were derived from international and national guidelines and from expert opinion. Potential DCD organ donors were identified by applying these criteria to patients who had been intubated and were neither confirmed as being brain-dead nor likely to have met brain death criteria at the official time of death.

They identified 8780 eligible patients, of whom 202 were actual DCD donors. For 193 potential ideal (61%) and 313 potential expanded criteria DCD donors (72%), organ donation had not been discussed with their families; most were potential donors of kidneys (416 potential donors) or lungs (117 potential donors). Potential donors were typically older, dying of non-neurological causes, and more frequently had chronic organ disease than actual donors.

“While more than one strategy should be employed to increase donation rates, our results suggest that extending the acceptable time until death after withdrawal of cardio-respiratory support and increasing family consent rates [from 60% to 80%] would win relatively fewer additional donors compared with better identifying candidates, ensuring that families are approached for donation, and relaxing age limits,” the authors wrote.

“Processes should be developed in hospital critical care environments that facilitate evaluating every patient undergoing end-of-life care for their medical suitability and potential to donate; the validity and cost of such routine evaluation should be examined.”

However, Professor Richard Allen, University of Sydney transplant surgeon, and Medical Director of Transplant Australia, who wrote an accompanying editorial in the MJA to be published on 2 October, warned that, while the donor sector was surging forward toward the goal of increased donation rates in Australia, many in the transplantation sector were concerned that it was struggling to meet demand.

“Organ donation rates are rising progressively, and more Australian lives are being transformed by the benefits of organ transplantation,” Professor Allen told MJA InSight. “But at the moment the 23 transplanting hospitals in Australia are bursting at the seams trying to cope with limited staff and physical resources that have remained essentially unchanged despite the doubling of the donation rate over the last 6 years.”

Professor Allen said that Tony Abbott, and after him, Kevin Rudd, had focused Commonwealth funding on the donor sector.

“While he was health minister, Tony Abbott saw the need to improve organ donation rates and established the Organ Donation Taskforce,” he said. “Kevin Rudd then implemented the recommendations that have since been responsible for doubling the donation rate. However, all the funding stops at the point of allocation of the deceased donor organs to the State funded transplant hospitals.

“While the state governments have been very committed to the Commonwealth organ donation initiatives, they have been slow in matching with additional transplantation resources, understandably preferring to wait and see how transplant clinicians, nurses, wards and clinics could cope. As transplant clinicians broaden the criteria for acceptance of patients onto waiting lists, it is very unlikely that there will be a shortage of transplant recipients.”

Professor Allen told MJA InSight that the organ donation sector has challenged the transplant clinicians to broaden their criteria for acceptance of donor organs for transplantation, in particular for the use of organs from DCD donors.

“The Australian heart and lung transplant teams are now recognized as world leaders, having developed technological advances in donor organ preservation and functional assessment in dong so. However, the Australian kidney, and particularly the liver transplant teams, are lagging behind, preferring approaches known to be successful, as they try to balance need to save lives and provide complication free long-term patient survival. There has been little local investment in developing the resources needed for extending transplantation to less straightforward donor organs.”

“Livers are very sensitive to hypoxia,” she told MJA InSight. “Using livers that have been retrieved after DCD and, therefore, have a period of warm ischaemia before transplantation can cause problems with biliary strictures, which can lead to repeated invasive procedures and even retransplantation.

“We use DCD livers if we need to, but the donor organs are not as good as DBD livers and probably never will be. DCD is not an answer to what we need. What we need is to not miss a single DBD donor.”

“There has not been a significant increase in staffing numbers or the number of beds available for transplant patients,” she said.

“There are huge pressures. We’re starting to see funds coming through to increase staffing but for the past few years we have been doing increasing numbers of transplants without any extra resources.”

Another looming problem for the transplantation sector is the maturing workforce of transplant surgeons, physicians and nurse specialists established when the national donor rate was 10 pmp.

Professor Allen told MJA InSight that increasing the transplant surgery workforce had its own challenges.

“Most of the role of the specialist transplant surgeon is in the initial phase of recipient patient’s transplant journey, in the assessment for the transplant-waiting list, involvement in state-based donor retrieval surgery activity, the transplant operation itself and the initial inpatient stay,” he said.

“All the surgery involved in physiologically challenged patients has no margin for error. A mixture of technically demanding skills and decision-making experience is required from surgeons with different specialty backgrounds. Transplants are often performed at short notice, after hours and in competition with other public hospital operating suite activity.

“This is not seen as attractive to many young doctors, despite the surgeons working within a team environment. The College of Surgeons is playing its part by formalising training programs and encouraging large transplant hospitals to fund training positions.

“More than 400 abdominal organ transplant procedures were performed in both Sydney and Melbourne last year, providing ample clinical experience for additional trainees and the opportunity for surgical teams to cross-appoint and network in a supportive manner.”

Professor Strasser agreed that the life of a transplant surgeon was challenging.

“Liver transplant surgeons have a difficult, onerous lifestyle,” she said. “It’s unpredictable. If we could say we were going to do a transplant at 10 am every day, that would be great, but that’s not the way it works. These surgeons have to work two rosters as well as their routine non-transplant work, and they’re working on both sides of the equation, both the recipient and the donor.

“The ones who take that on are amazing people.”

Professor Allen said that it was important that the community “continues to view organ donation and transplantation in a positive light”.

“The future for patients is bright with the organ donation sector and the 23 transplanting hospitals in Australia working together.”

More money and resources need to be invested in the transplant sector, without detracting from the donor sector

One thought on “Organ donation rates rise, transplant sector fights to keep up”