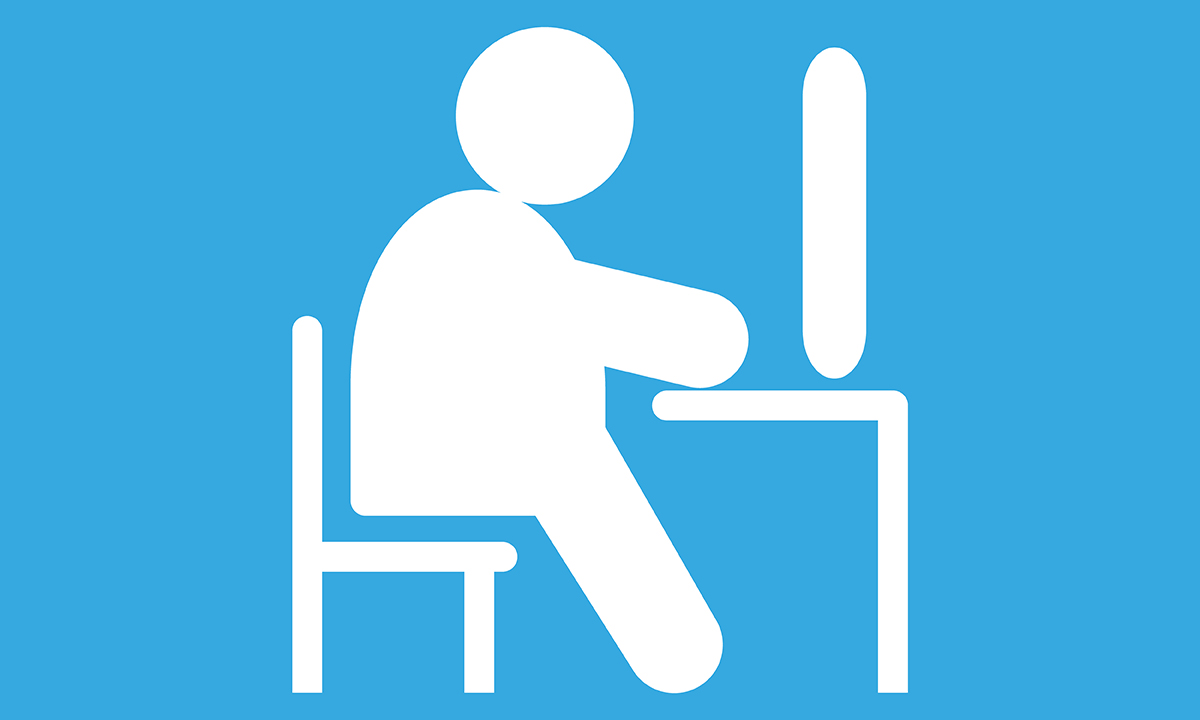 Is sitting the new smoking, or isn’t it?

TYPE “sitting kills” into Google and you’ll come up with a plethora of garish headlines. CNN, for example, warns that “Sitting will kill you, even if you exercise”. Gizmodo, on the other hand, is of another opinion: “Good news! Sitting won’t kill you after all!” The truth may be out there, but it’s not always easy to discern.

Over the past few years, prolonged sitting has become a hot-button issue in the research world, with a number of studies linking it to cardiovascular disease, cancer and higher all-cause mortality. Some of the research has been contradictory, and all of it seems to have been distorted in the sensationalist lens of the media.

“Sedentary behaviour is something that’s really caught the media’s attention, and it’s had a lot of exaggerated press. Headlines such as ‘Sitting is the new smoking’ are really just blowing the risk increases out of proportion. They’re not comparable at all,” says Dr Brigid Lynch, a Senior Research Fellow at Cancer Council Victoria and co-author of a new meta-analysis looking at sedentary behaviour and colorectal cancer risk.

“In our meta-analysis, we found a 44% increased risk of colon cancer, for people in the highest category of workplace sitting versus the lowest. That’s not even a doubling of the risk, whereas with smoking we’re looking at a 15- to 20-fold increased risk of lung cancer. So, I think these are real risk increases, but like other lifestyle factors that we study — things such as physical activity, diet or alcohol intake — the impact is small, but meaningful. Knowing more about these risks and being able to implement some strategies is going to be helpful.”

Dr Lynch said that there were good experimental studies in humans to support the biological plausibility of the epidemiological findings in the studies she and her colleagues had reviewed in their meta-analysis.

“What they show is that breaking up sitting periods has a beneficial effect on a range of metabolic biomarkers. When you’re sitting down you’re not using your large postural muscles, and that has an effect on glucose uptake, for example. These are metabolic parameters we know are associated with some types of cancer.”

But if even you do have an office job that involves lots of prolonged sitting, there’s no need to panic just yet.

“It’s a bit like whenever there’s a study published about red meat intake and cancer. Yes, the association is real, but it doesn’t necessarily mean you have to stop eating red meat. Maybe instead of having it every day, you cut back to a couple of times a week. It’s like that with sitting. Our take-home message is that just taking regular standing breaks every 30 minutes or so throughout the day can be important. That can help break up that prolonged sitting and we know it has metabolic benefits.”

A key question is whether sedentary behaviour is a risk even for people who do the recommended hour of exercise every day. Dr Lynch, who is also co-chair of the Sedentary Behaviour Council for the International Society for Physical Activity and Health, says it’s a complicated issue.

“I’d say for 95% of the population, sedentary behaviour really is an independent risk factor that we have to conceptualise and talk about separately. But there was a paper published in the Lancet recently pooling data from over a million adults. It showed that the effects on mortality of high sitting time were completely attenuated in people doing 60–75 minutes of exercise a day. That’s useful to know, but we also know that the vast majority of people aren’t doing that amount of exercise. So, it doesn’t help the majority of the population who aren’t even doing 30 minutes a day.”

She noted that high levels of exercise are known to offset the adverse effects of a number of potentially harmful behaviours, such as alcohol consumption.

“But we’re not going to start telling people it’s OK to knock back the beers as long as you go for a run every day. It’s not helpful messaging. So, until we get most of the population doing an hour or more of exercise a day, we have to tell people to increase the amount of exercise they’re doing, but at the same time be conscious of how much time they spend sitting down.”

Dr Josephine Chau, lecturer and research fellow in Public Health at the University of Sydney, says one issue is that because this field of research is relatively recent, the evidence is not yet as clear and consistent as we’d like it to be.

“There just haven’t been that many prospective studies with enough follow-up time. But yes, the evidence is that sitting is harmful for our health in terms of risks of cardiovascular disease and type 2 diabetes and some of those indicators of cardiometabolic health. What we don’t know at the moment is how much sitting is bad for your health. There’s no threshold that’s been established. Researchers are trying to make recommendations, but we have to recognise that it might be too early and the recommendations are likely to change.”

Dr Chau is the co-author of an article that looks at how the media covered the publication of the first specific guidelines on sitting and moving at work, which recommends 2–4 hours of standing per day and the use of a stand-up desk. She said that although the guidelines acknowledged that the evidence was weak, this didn’t make it into media reports, which instead overestimated the harms of sitting and the benefits of stand-up desks.

“Inadvertently the media might have overestimated the benefits of standing up. The media doesn’t necessarily have the space to cover every dot point and caveat, but because of those limitations around reporting, those finer points get left out.”

But Dr Chau said that regardless of the exaggerations of the media, it was still important to think about how much time we spend sitting at work.

“We should be mindful of doing our daily dose of exercise and also try and not do so much prolonged sitting. If you do have a job with a lot of sitting time, try and break those periods up. It’s not realistic to do continuous exercise throughout the day, but we can accumulate bouts of incidental activity. Just take as many of those opportunities as you can.”

Sedentary behaviour is the new smoking

One thought on “Is sitting the new smoking, or isn’t it?”