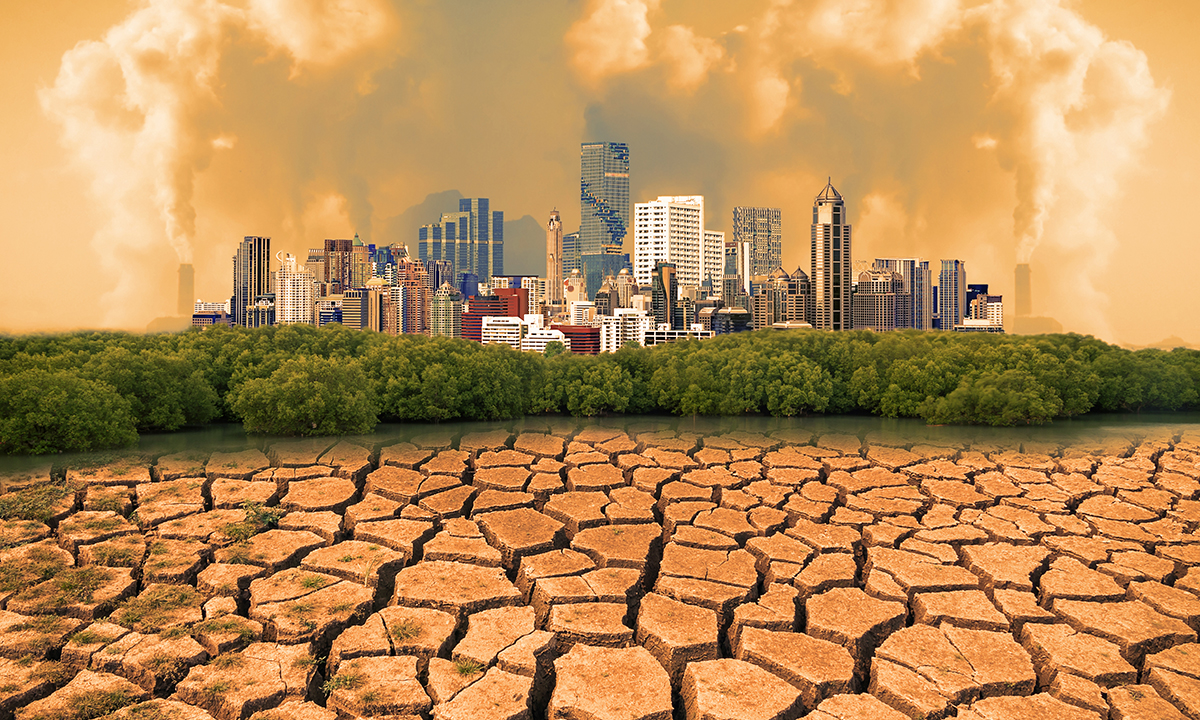 GPs are under increasing pressure to ensure vulnerable patients are prepared for climate-related events, amid growing evidence of excess hospital presentations and deaths related to heatwaves, periods of heavy bushfire smoke and thunderstorm asthma incidents.

Three articles in the MJA highlighted the impact of climate-related events on the health of Australians and called for nationwide preventive health planning.

In the first article, Professor Fiona Stanley, founding director of the Telethon Kids Institute in Perth, and colleagues detailed the surge in morbidity and mortality during recent Australian heatwaves and the associated “enormous stresses on the health care system”.

In an extreme heatwave in Melbourne between 26 January and 1 February 2009, the authors noted, there was a threefold increase in the number of patients who were dead on arrival at emergency departments (EDs), and 374 excess deaths compared with the same period in previous years.

In another Melbourne heatwave from 14 to 17 January 2014, they noted that there were 167 excess deaths and a new record was set for the highest number of calls for ambulance services ever received in a day.

Not only were there more presentations to EDs during a heatwave, but there were more severe presentations, they wrote. The very old, the very young and the chronically ill were at greatest risk, they noted, along with people using medications such as anticholinergics, neuroleptic agents, b-blockers, vasodilators and vasoconstrictors, diuretics and lithium.

“General practitioners are being urged to identify patients at risk and educate them and their carers about heat illness and prevention, even including a pre-summer medical assessment for those with chronic disease,” they wrote. “However, the extent to which this is actually implemented is unclear.”

Professor Stanley, a member of the scientific committee of Doctors for the Environment Australia, is calling on the government to create a statutory authority on climate change and health which would establish national plans on issues such as heatwaves.

Such plans would include messaging to vulnerable people, monitoring and outreach of people at risk and surveillance of mortality and morbidity, among other things.

Professor Stanley told MJA InSight that it was “discouraging” that the human health impacts of climate change had been “largely ignored” at the federal level.

“This is a huge problem,” she said. “We are talking about increasing numbers of preventable deaths. Even if there isn’t the political will to tackle climate change, we must have a strategy for reducing its harms on human health.”

In Sydney, days affected by bushfire smoke were associated with a 5% increase in mortality or three additional premature deaths, she wrote.

“While the pro-inflammatory properties of [particulate matter] and other constituents of smoke may rapidly induce symptoms in people with existing lung diseases, subtle smoke-induced changes in systemic inflammation, coagulation or autonomic function – important contributors to cardiovascular disease – are generally asymptomatic,” she wrote. “The first cardiovascular symptoms may only manifest when these responses precipitate a serious event such as cardiac arrest or acute coronary syndrome in a person already at high risk.”

Dr Johnston said that GPs had an important role to play in preparing patients at risk. Patients with asthma, for instance, could be encouraged to use a preventer continually during periods with frequent prescribed burns, she suggested.

She also wrote that there was good quality evidence to support using portable air cleaners to create a clean air shelter in a room within the home, but noted that not all products were fit for purpose and that effective types could be expensive at $200–300.

A third MJA article reviewed the lessons learnt from the epidemic of thunderstorm asthma in Melbourne on 21 November 2016, when vast numbers of allergenic starch granules were released into the air – small enough to penetrate into the lower respiratory tract. The event overwhelmed local health services and led to nine fatalities that are currently the subject of a coronial inquiry.

Led by Dr Jeremy Silver at the University of Melbourne, the authors noted that there had been six thunderstorm asthma events in Melbourne since 1984 – the worst of which occurred in 2016.

Patients with seasonal allergic rhinoconjunctivitis (SAR) or allergies to grass pollen appeared to be more at risk, they noted.

“At a patient level, a key message should be to encourage identification of asthma in people with SAR, along with education and the consideration of the prescription of inhaled corticosteroids to patients with both conditions, particularly for anyone who ‘sneezes or wheezes’ in spring,” they wrote.

They also advocated review of patients with established asthma in the lead-up to the grass pollen season [November].

Dr Bastian Seidel, president of the Royal Australian College of GPs, recently told The Saturday Paper that rarely a day went by in his rural practice in Tasmania’s Huon Valley that he didn’t hear about a climate change impact for his patients – prolonged drought affecting cherry farmers and graziers, unseasonably hot weather worrying salmon producers and hay fever cases going all year round.

Dr Seidel said that GPs needed to be bold enough to nominate climate change as a cause of illness and to campaign to have health policies “blueprinted” against climate change effects.

“It looks like climate change has almost become the Voldemort of health impact research and policy – it shall not be named,” he told the paper.

3 thoughts on “GPs on front line of climate change health”