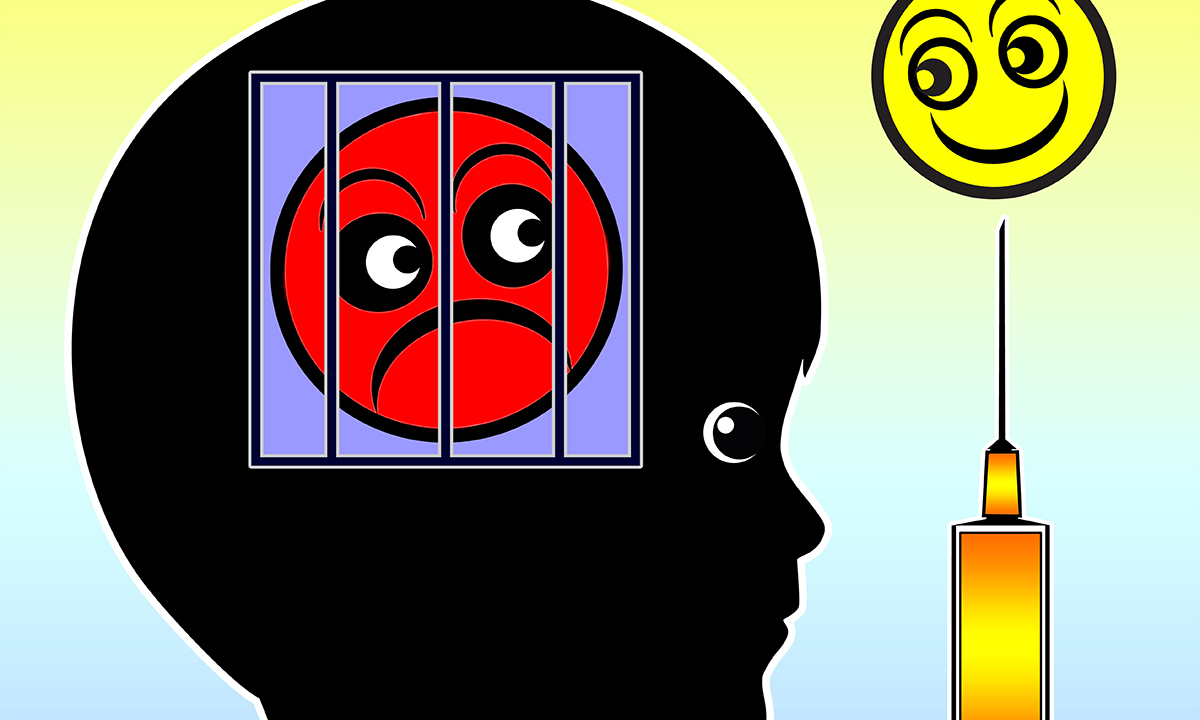 Therapy before antidepressants for kids and teens

ANTIDEPRESSANTS are more effective in treating anxiety than depression in children and adolescents, say researchers who have also identified a significant placebo effect, particularly in young people with depression.

In a systematic review and meta-analysis published recently in the Journal of the American Medical Association, researchers evaluated 36 published and unpublished trials of selective serotonin reuptake inhibitors and serotonin–norepinephrine reuptake inhibitors in children and adolescents with depressive disorders, anxiety disorders, obsessive-compulsive disorders and post-traumatic stress disorders. The trials included 6778 participants with a mean age of 12.9 years.

The researchers also found that serious side effects – such as suicide ideation and attempts – were significantly more common with antidepressant medication than with placebo.

An accompanying editorial welcomed the inclusion of several disorders in the review. The authors said that it was important to take into account the high placebo response rate, particularly in young people with depressive disorder, when considering how to best intervene.

Dr Paul Robertson, chair of the Royal Australian and New Zealand College of Psychiatrists’ Faculty of Child and Adolescent Psychiatry, said that the review findings were consistent with the college guidelines.

“[These findings] essentially agree with what most of us would be saying as child psychiatrists: for most depression [and anxiety], the first-line treatment is a psychological therapy,” he said.

Dr Robertson said that the study suggested that some of the more “non-specific experiences” of accessing treatment could be very helpful to young patients.

“Just getting to see someone, identifying the problem, getting some help is quite helpful,” he said.

Editorial co-author, Associate Professor Sarah Hetrick, said that the powerful placebo effect pointed to the importance of the therapeutic relationship in supporting young people with anxiety and depression.

“What it means for clinicians is that we should be providing cognitive behavioural therapy and antidepressants – that’s what the guidelines say – but it’s also important to provide good clinical care,” said Associate Professor Hetrick, who is senior research fellow at Orygen, the National Centre for Excellence in Youth Mental Health.

Factors such as monitoring symptoms, engaging with the patient and the family on future steps in treatment, and providing hope and support were key to a successful therapeutic relationship, Associate Professor Hetrick said.

Professor Patrick McGorry, executive director at Orygen, agreed with the points raised in the editorial, but he also noted that large systematic reviews and meta-analyses, such as the JAMA Psychiatry report, often fed in to a “sterile debate” as to whether drugs were “good or bad”, overlooking the important role of psychological therapy in treating young people.

“It’s more important to know at what point in the therapeutic pathway you use the medications. And you certainly don’t use them if you don’t need to use them, because they do have side effects, as the authors point out,” he said.

Professor McGorry said that support and psychological treatments would always be first-line therapy, but that the findings highlighted the effectiveness of antidepressants as a second-line treatment for anxiety.

“The article implied that it was only a small effect, but there was a moderate effect for anxiety,” he said. “You wouldn’t be using medication as first line, you’d be using it as second line, in which case, the effect size might be stronger.”

Professor McGorry said that antidepressants could also provide some benefit as second-line treatment for depression, but that the medications were likely to be less effective than expected.

Dr Robertson said that a readiness to prescribe medications for young people with mental health disorders remained a continuing problem in Australia.

However, Professor McGorry said that Australia was better off than many countries in terms of access to psychological care, with its federal government-funded Better Access initiative.

“It’s weakly funded, but at least its funded, so the GP doesn’t have to reach for the prescription pad as the first thing,” said Professor McGorry, who was also a key architect in the development of headspace, the National Youth Mental Health Foundation.

“Certainly, in headspace, our approach is always to offer the psychological treatments first and so I [as a psychiatrist] would get to see patients only if this approach has not worked.”

Both Professor McGorry and Dr Robertson drew attention to problems related to grouping children and adolescents together when considering treatment for mental health disorders.

“Depression and anxiety in prepubertal kids is a different beast from what you see in adolescents and young adults,” Professor McGorry said. “[Researchers] should be looking at 0–12 years, and 12–25 years as we do in headspace. Grouping children and adolescents together is muddying the waters because depression in younger children is not so common and is probably has a different cause.”

One thought on “Therapy before antidepressants for kids and teens”