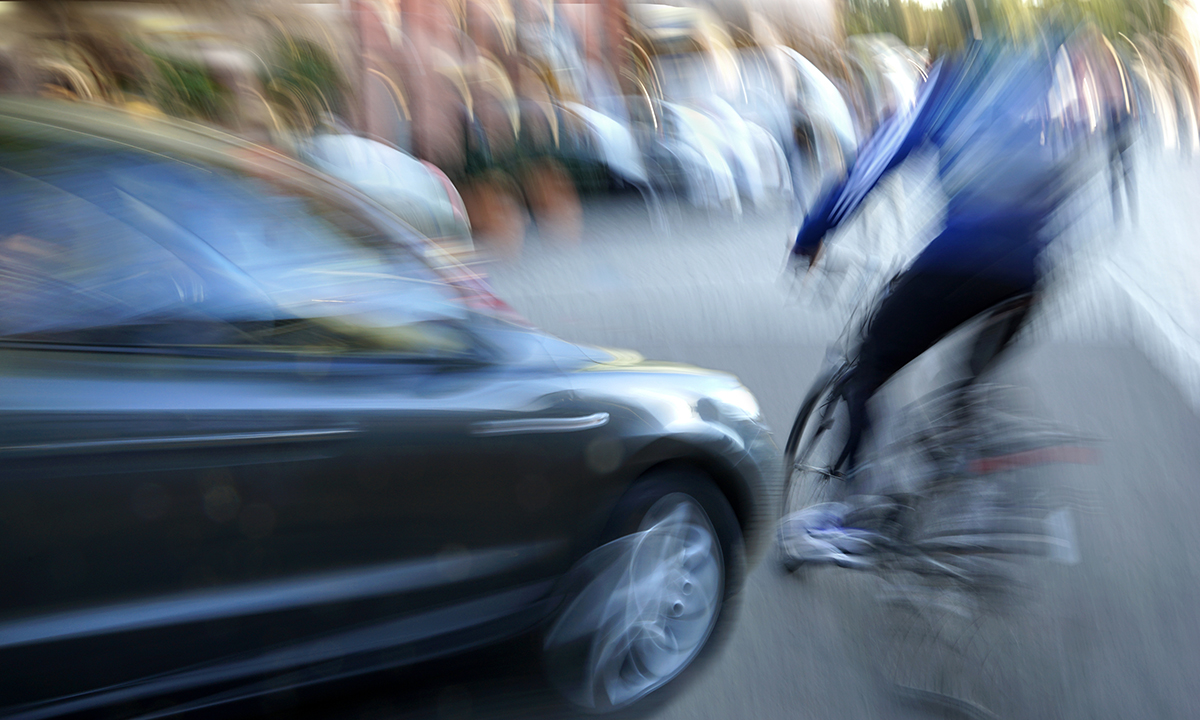 A STEADY rise in the number of cyclists seriously injured in road accidents is the dark side to the growing popularity of cycling in cities that weren’t built for bicycles, experts say.

New research published in the MJA found that cyclists were the only category of road user for whom the incidence of hospitalised major trauma increased between 2007 and 2015.

While the incidence of all road traffic deaths declined by 4% per year for all road users, there was no significant decline in mortality for pedal cyclists or pedestrians. Moreover, for cyclists, the incidence of hospitalised major trauma increased by 8% per year, whereas there was no change in hospitalisations for major trauma for other road user types.

Similarly, disability-adjusted life-years (DALYs) – a measure combining years of life lost and years lived with disability – increased by 56% over the period for cyclists, whereas it declined for the other road user types.

The study found that the majority of people seriously injured in cycling accidents were male (87%), with an average age of 46 years (interquartile range, 35–56).

“Further investment in [cyclists’] safety, such as providing dedicated and separated cycle paths, is needed to reduce their burden of injury, particularly as cycling bodies and public health activists continue to advocate increased cycling participation,” they wrote.

Professor Gordian Fulde, director of Emergency Medicine at St Vincent’s Hospital in Sydney, said that there was no doubt about it: “Cycling injuries have significantly increased in the city of Sydney”.

Speed was typically a factor in major trauma cases involving cyclists, he said.

“Not only are bicycles now very, very popular, they can go very fast, very quickly; 50–60 km per hour with no problems,” he said.

“We get some of the worse cycling accidents on Saturday mornings when people do their pelotons,” he added.

Professor Fulde believed that road rage could also be contributing to the increasing injury rate. “As the roads are getting so much more congested and there are more cyclists, both riders and drivers are becoming more aggressive and taking risks because they’re frustrated at having to wait,” he said.

Professor Narelle Haworth, director of the Centre for Accident Research and Road Safety – Queensland (CARRS-Q) said that the study’s findings were likely to be consistent with trends in other Australian states and reflected the growing popularity of cycling.

Research from CARRS-Q has shown that the number of cyclists in the Brisbane CBD increased by 50% between 2010 and 2015, she said.

“Lower speed limits in areas where there are cyclists and pedestrians are really important and will make a difference in safety, and will also increase active travel and therefore contribute to reductions in chronic disease,” she said.

The push to build dedicated cycleways has been a source of tension between procyclists and promotorists in cities around the world.

Professor Haworth said that while cycle paths had been shown to improve safety, “we can’t afford separated infrastructure everywhere, and it probably won’t be needed in those locations where speeds are low enough”.

However, Associate Professor Yusuf Nagree, chair of the Australasian College of Emergency Medicine’s Council of Advocacy, Practice and Partnerships, said that cycle paths should be a priority.

“Roads currently are not designed for co-sharing with cyclists as our cycle lanes are rarely physically separated from motorists,” Associate Professor Nagree told MJA InSIght.

“There is ample evidence from Europe and Australia that helmets and dedicated bicycle paths reduce the incidence and severity of injury,” he said. “The priorities should be enforcing helmet laws, ensuring that bicycle lanes are physically separated from the road and encouraging motorists and cyclists to obey road rules and share the road.”

Some Australian states have introduced a rule that motorists must give cyclists 1 m of space when passing them on the roads.

Professor Haworth said that there was not yet clear evidence on whether the 1 m rule had reduced injuries to cyclists. However, a CARSS-Q evaluation in Queensland found that 75% of cyclists and 60% of drivers believed it had changed drivers’ behaviours. The group’s observations showed that 88% of drivers left 1 m or more in 60 km/hour or less speed zones and 79% left 1.5 m or more in higher speed zones.

The authors of the MJA study said that their findings showed the importance of measuring not only the road toll – deaths – but also traffic injuries.

“Australia is internationally recognised for its success in improving road safety; interventions such as legislation for compulsory seat belt use and restricting drink-driving, targeted public safety campaigns, and lower speed limits have reduced road traffic mortality,” they wrote.

“However, our finding of no change in the incidence of hospitalisation for major trauma indicates that the impact of such interventions is not translating into reduced rates of serious injury.

“Given the substantial burden of serious road traffic injury and the associated economic costs, efforts to improve road safety should clearly shift in emphasis to averting serious injuries,” they wrote.

The total cost of health loss related to road traffic injuries in Victoria over the 9-year period of the study exceeded $14 billion, they wrote.