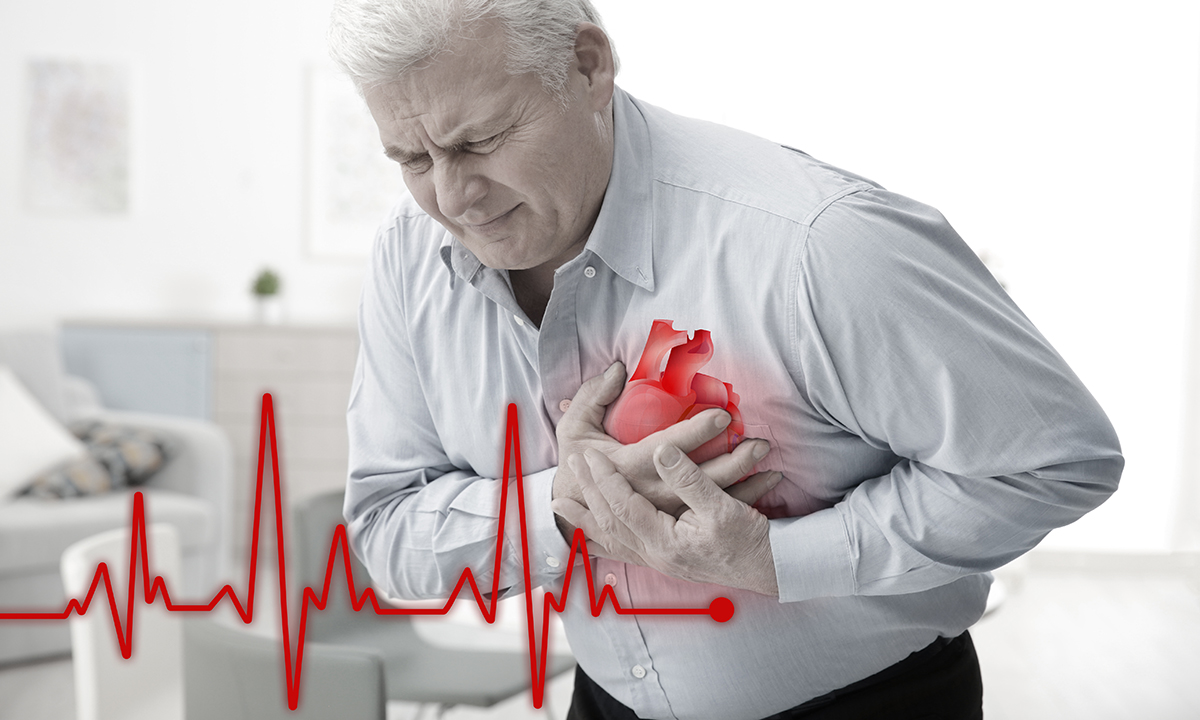 In one study published in the MJA, researchers reported that three-quarters of patients presenting to EDs with chest pain could be rapidly assessed using risk stratification tools, early troponin testing and selective objective testing.

The researchers found an overall 30-day ACS rate of 6.6%, none of which occurred in the low risk group. There were 14 ACS cases (1.8%) in intermediate risk patients.

In other research published in the same issue of the MJA, researchers evaluated the implementation of a 2-hour protocol outlined in the Accelerated Diagnostic protocol to Assess Patients with chest pain symptoms using contemporary Troponins as the only biomarker (ADAPT) study.

In the Accelerated Chest pain Risk Evaluation (ACRE) project, the ADAPT protocol was rolled out across 16 public hospitals in Queensland, and resulted in reduced hospital admissions (54.9%, down from 68.3%), and a shorter mean length of stay in the ED (256 minutes, compared with 292 minutes) in the 12 months after implementation.

Adoption of the protocol also released ED capacity estimated to be in the order of $2.3 million in reduced ED length of stay, and $11.2 million as a result of fewer hospital admissions.

Associate Professor Ian Scott, director of Internal Medicine and Clinical Epidemiology at Brisbane’s Princess Alexandra Hospital, said that these latest research findings added to evidence that low risk patients could be identified in the ED setting and safely discharged without further investigation.

“It’s pretty clear now that we can identify low risk patients and we can feel safe in discharging them, and we need to. There are increasing numbers of patients coming into EDs, and the increased capacity freed up by not admitting large numbers of low risk patients is important when you are dealing with hospitals that are always under bed stress,” he said.

Associate Professor Scott said that the recently released ACS clinical guidelines, of which he is a co-author, recommended the use of an accelerated diagnostic protocol, and there should be broader implementation of such protocols.

He said that an education campaign through various clinical networks could help increase clinician acceptance of these protocols, and financial incentives, such as those introduced by Queensland Health for quality improvement, may also be helpful in encouraging uptake.

Education of the public was also crucial, Professor Scott said. He said that often patients who presented to an ED with chest pain expected tests to be performed.

“We need to emphasise that our patients can be at risk of false positives by subjecting them to tests when they are at very low risk of ACS,” Professor Scott said.

“The findings are concordant with international data evaluating similar algorithms. The major limitation is the lack of power. When event rates are low – even in the intermediate risk group the rate was only 2% — large numbers are needed to be certain that there is discrimination between groups,” Professor Webster told MJA InSight.

“It would be reasonable to implement IMPACT, but continue prospective evaluation to evaluate larger numbers and confirm that the approach is safe. ACRE is also encouraging. It shows that implementation led by motivated senior clinicians would likely be effective in broadening uptake.”

Professor Louise Cullen, lead author of the IMPACT research, told MJA InSight in a podcast that the findings had significant implications for EDs, as well as hospitals and health services.

She said that the new low risk strategy meant that almost 20% of patients did not require further testing, resulting in an absolute reduction in testing. But more significantly, she said, was the shortened duration of testing for the almost 60% of patients assessed as being at intermediate risk.

“The median length of stay for our intermediate risk patients … was 7.5 hours, by comparison to our previous research, which showed that it was nearly a full 24 hours that those patients required to stay for testing,” said Professor Cullen, who is a senior staff specialist and emergency physician at the Royal Brisbane and Women’s Hospital.

Speaking in another MJA InSight podcast, lead author of the ACRE study, Professor William Parsonage said that their findings had exceeded expectations in showing reductions in either admissions or length of stay in all 16 hospitals studied.

“Given that the intervention is pretty simple – we weren’t using any new, expensive technology; we were just really using the same clinical methods and the same tests that we were using beforehand – it’s really just the cost of implementing the [accelerated diagnostic protocol] that would be offset against those gains,” said Professor Parsonage, who is senior staff cardiologist at the Royal Brisbane Women’s Hospital and clinical director of the Centre for Health Service Innovation at the Queensland University of Technology.

In an MJA editorial accompanying the two studies, cardiologist Dr Jonathan Christiansen also welcomed these two research projects. He pointed to the importance of keeping the patient at the centre of decisions about their health care.

6 thoughts on “Safe and faster way to triage chest pain”