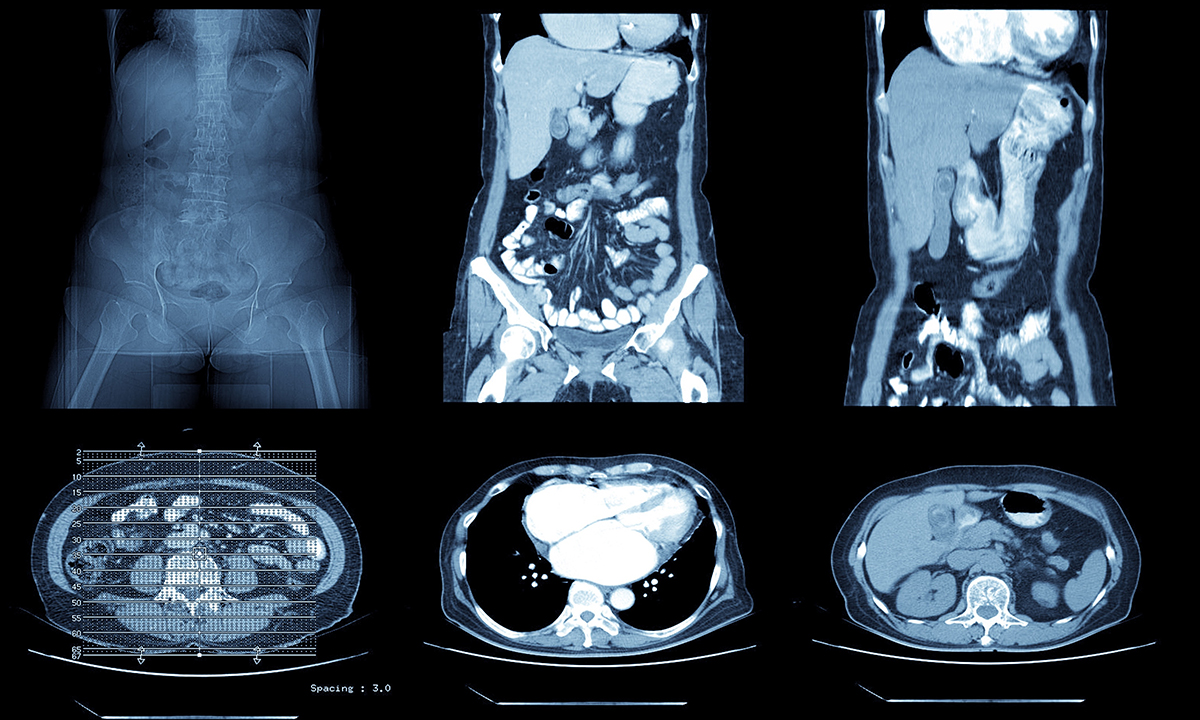 PATIENTS with symptoms suggestive of bowel cancer are languishing on colonoscopy waiting lists in parts of Australia, even though an equally effective triaging test – virtual colonoscopy – could be performed immediately and prevent delays in diagnosis, radiologists say.

In a Perspective in the MJA, experts from the Abdominal Radiology Group of Australia and New Zealand (ARGANZ) mounted a scathing critique of the federal government’s decision to not fund computed tomography colonography (CTC) for symptomatic patients who cannot access optical colonoscopy (OC).

CTC was not only minimally invasive, safe, well tolerated and economical, they wrote, but several studies over the past decade had shown it to be as effective as OC at detecting colorectal cancer in symptomatic patients – a task for which it is widely used in most high-income countries, including New Zealand.

The test involves distending the colon with air or carbon dioxide through a small rectal tube before using computed tomography to acquire images.

It has been used overseas to alleviate waiting lists for colonic examinations – a problem shared with many parts of regional Australia, the authors noted. They cited evidence that in Western Australia, over 8000 patients are on the waiting list for OC, claiming that “the waiting period … may be over 12 months”.

“So … why is CTC not widely performed in Australia?” they wrote. “Much of the reason has been the restriction of a Medicare rebate to those patients who have had an incomplete OC within the previous 3 months.”

Professor Mendelson and his colleagues have been at loggerheads with the Medical Services Advisory Committee (MSAC) on the issue over the past decade.

In November 2014, the MSAC rejected ARGANZ’s application for a new Medicare item for CTC for patients with inadequate access to colonoscopy.

The MSAC justified its decision by saying that “no evidence was presented … that demonstrated access to CTC improved health outcomes compared with delayed colonoscopy”.

ARGANZ responded that it was “difficult to see how such a trial would be ethical”.

The MSAC also raised concerns about the “uncertain potential volume of additional CTC services” and “considerable potential for use outside the intended population”.

At present, only endoscopists, not GPs, can refer patients for CTC.

Associate Professor Sutherland commented in an MJA podcast that “we have a situation where a GP can send someone for a double-contrast barium enema – which is [developing countries] medicine – but they can’t send someone for CTC”.

“We need to give the care back to GPs. They’re the most cost-effective link in medicine. They’re very good at identifying patients and investigating them appropriately, and we’ve taken tools away from them that they need. It makes no sense,” he said.

Associate Professor Sutherland warned that waiting lists for colonoscopy would “blow out further” with the full roll out of the National Bowel Cancer Screening Program using faecal immunochemical testing by 2020 – expected to trigger a doubling in demand for colonoscopies to 44 000 people per year.

“You can’t screen a patient in the program and tell them, ‘you’ve potentially got cancer but we won’t do a diagnostic test for up to 12 months’,” he said. “It’s just unnecessary anxiety for a patient. It clouds their daily living … and then if [they’re] given a diagnosis 12 months later [they’ve] been up-staged.

“When there are long waiting lists, over 30 days, CTC should be used as a triage test, so patients with no colonic pathology can be reassured, and patients with polyps can be fast tracked to colonoscopy so they can have appropriate treatment,” he said. “We need to be smarter at using our available resources; endoscopy cannot meet demand.”

Dr Bernard Chin, a gastroenterologist in Cairns, said that ARGANZ had provided reassuring data on the safety and efficacy of modern CTC.

“It’s good to see that the amount of radiation needed to provide accurate CTC images is much less than it used to be,” he said.

Dr Chin said that ARGANZ’s proposal would benefit many regionally-based patients, given the shortage of endoscopists in rural areas compared with the cities, which often led to lengthy delays for colonoscopy.

“It would be reasonable for patients with a positive faecal immunochemical test to be referred for CTC if the wait for colonoscopy was longer than 4 weeks,” he said. “Patients with polyps detected on CTC would need access to colonoscopy with polypectomy within 24 hours so they do not have to undergo bowel preparation again.”

However, Dr Chin said that he had lingering concerns that radiologists at low volume radiology centres in regional areas may not be as skilled at interpreting CTC results as those in larger centres.

“Radiologists would have to be as experienced at doing CTCs as gastroenterologists are at doing colonoscopies for CTCs to be as reliably accurate,” he said. “But then it becomes a question of ‘how are you going to share the sea?’”

Associate Professor Sutherland responded: “The Royal Australian and New Zealand College of Radiologists has strict training requirements and ongoing case logs to accredit radiologists involved in reporting CTC. Patients can be confident that the reporting radiologist is an expert.”

A spokeswoman for the federal Department of Health noted that the Medicare Benefits Schedule review was underway.

“It would be appropriate that ARGANZ contributes its input to this process,” she said.

Virtual colonoscopy should be made more accessible