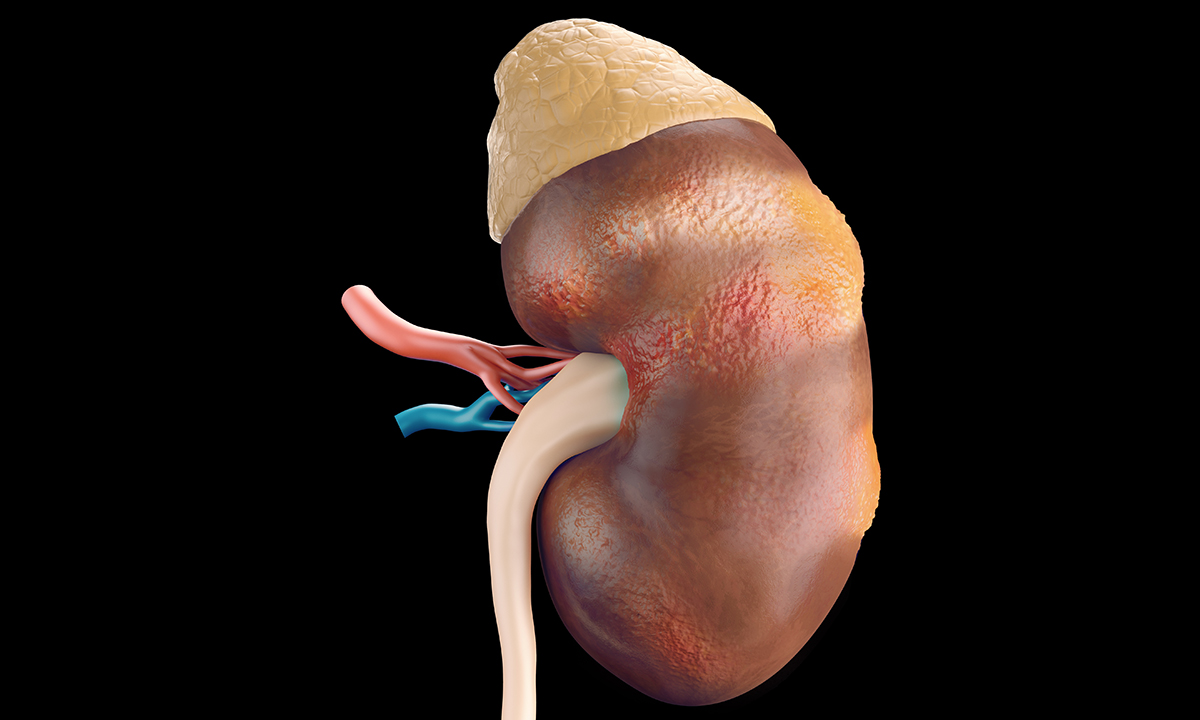 MUCH can be done to reduce the risk of chronic kidney disease (CKD) in patients being treated for renal masses, according to a new review emphasising the importance of pre-operative assessments and long term GP follow-up.

An estimated 19 280 new cases of kidney cancer are projected to be diagnosed in Australia between 2016 and 2020, the most of which will be managed by radical or partial nephrectomy, according to a Narrative Review in the MJA.

Based on a retrospective study of 488 nephrectomy patients from Victoria, around 45% of those cases – an estimated 8753 patients, if assumed to be representative of the Australian population – could be expected to have an estimated glomerular filtration rate (eGFR) of < 60 mL/min/1.73m2 at 6 months post-operatively, suggestive of chronic kidney disease, the review noted.

Noting that CKD increases the risk of cardiovascular and all-cause death, the reviewers identified several strategies before and after surgery to reduce the risks of CKD and CKD progression.

Pre-operatively, they strongly recommended obtaining albumin–creatinine ratio (ACR) in addition to eGFR, noting that this was not currently standard of care.

Co-author, Robert Ellis, a PhD candidate at the Translational Research Institute at the University of Queensland Diamantina Institute, explained in an MJA podcast:

“If you take two patients with normal kidney function, with eGFR greater than 90 mL/min/1.73m2; if one of those patients has ACR less than 3 mg/mmol, they have minimal to no risk of CKD progression, whereas if one has an ACR greater than 30 mg/mmol, they have almost the same risk [of progressing to end stage kidney disease] as a patient with an eGFR of less than 30 mL/min/1.73m2,” he said. “That’s quite a significant difference and these two patients should be managed accordingly.”

If asymmetric kidney function was suspected, based on imaging or abnormal kidney function test results, the reviewers recommended dimercaptosuccinic acid or mercaptoacetyltriglycine tracer renogram to characterise the relative contributions of both kidneys to eGFR.

When it came to management decisions, the reviewers noted that partial nephrectomy was linked with better renal outcomes than radical nephrectomy, but that not all tumours were amenable to conservative treatment, and that the individual surgeon’s expertise often affected the surgical options available.

Active surveillance could be suitable for patients with clinical stage T1a small renal masses (£ 4 cm) – especially for elderly and comorbid patients, they said. One registry study showed that in an appropriately selected active surveillance cohort, delayed intervention was not inferior to resection at diagnosis, they noted.

After surgery, a new baseline eGFR was usually established within 3 months, the authors said. They recommended that GPs perform annual and opportunistic CKD screening in patients who had undergone nephrectomy, including assessing eGFR, ACR, blood pressure and other CKD risk factors, such as glycaemic control and smoking cessation.

Patients needed to be reminded to avoid nephrotoxic drugs, including non-steroidal anti-inflammatories, especially if they were also being managed for hypertension, they added.

Adjunct Associate Professor Andrew Brooks, Head of Department of Urology at Western Sydney Local Area Health District and a spokesperson for the Royal Australasian College of Surgeons, said that the call to measure ACR pre-operatively was a valuable one, adding: “I don’t think ACR is widely used to assess function prior to surgery”.

“This could be due to the increasing diagnosis of small renal masses compared with large ones,” he suggested, adding: “I think there is reasonable consensus that nephron-sparing surgery is best practice in patients under 65 years of age.”

Robotic surgery was also making partial nephrectomy easier, he said, and “thus within the scope of more urologists”.

“A structured management plan focusing on good blood pressure control, good diabetes control, managing cardiovascular risk, avoiding nephrotoxic drugs, and regular review with a long term GP and practice would ensure best practice,” he said. “You have to remain vigilant regarding over-the-counter medicines from pharmacists and supermarkets – they creep in easily.

“The other issue is planning for if and when deterioration occurs to an extent that further invasive treatment is warranted – people like to be informed.”

Dr Shilpa Jesudason, clinical director of Kidney Health Australia, welcomed the review as an important reminder to thoroughly consider and assess all CKD risk factors before and after renal surgery.

However, she said that patients should also be reassured that “just because you have renal tissue removed doesn’t mean you will get CKD” – an important consideration for potential living kidney donors.

“People can donate 50% of renal tissue and still have very good long term outcomes,” she said.

The Kidney Health Australia – Caring for Australasians with Renal Impairment Guidelines are available at http://kidney.org.au.

One thought on “GP follow-up all important for renal mass”