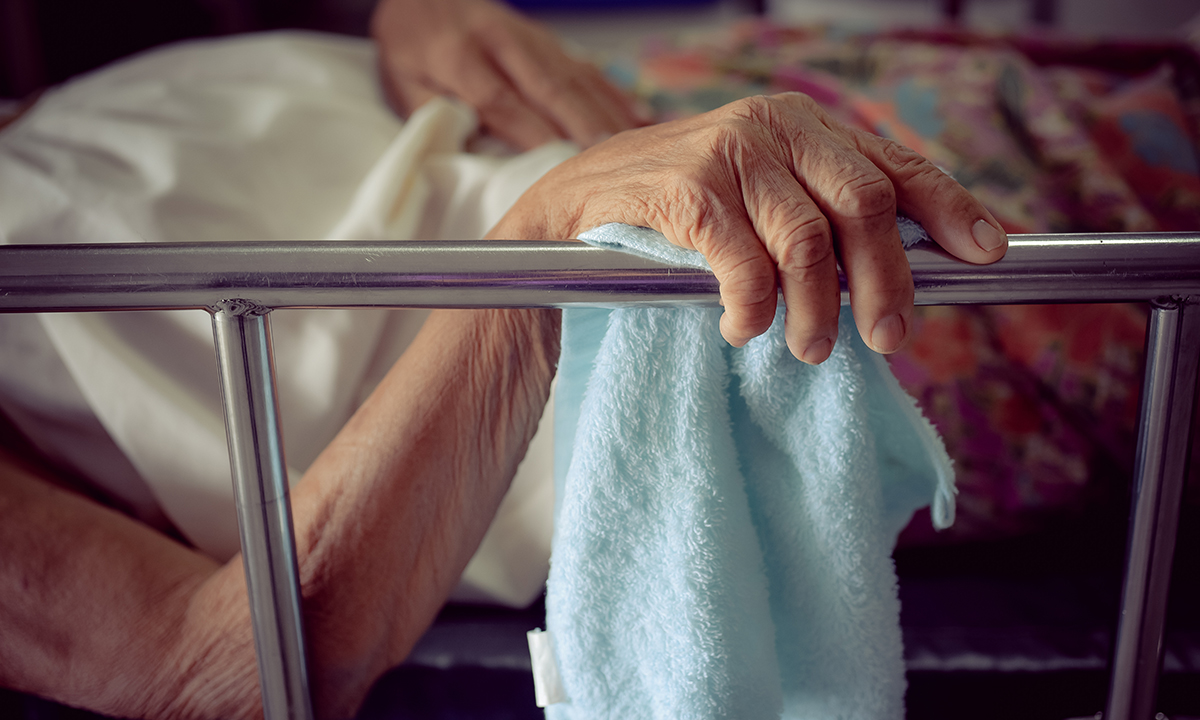 THE risks of using physical restraints in nursing homes outweigh the benefits, and data on the full extent of the harm being caused by this practice is needed, says a leading expert.

Professor Joseph Ibrahim, head of the Health Law and Ageing Research Unit at Monash University’s Department of Forensic Medicine, co-authored a study that found there have been five deaths from physical restraints in Australian nursing homes over a 13-year period, but he told MJA InSight that what researchers really needed was access to information on the number people being restrained and the associated injuries.

“There isn’t a central reporting body for it, so when we produce an article like this one, which says there’s been a small number of deaths, people say ‘well, that’s okay because it rarely happens’. But that’s missing the point: we don’t know the proportion of serious injuries from physical restraints.

“We need to know how many people are actually restrained in any way and talk about whether that’s acceptable, rather than turning a blind eye or rationalising by saying that we’re acting in the person’s interest, and their best interest is to stop them walking because they might fall.”

The study, published in Age and Ageing, was based on deaths reported to coroners in Australia between 2000 and 2013, and the number of fatalities attributable to physical restraints was likely to be an underestimate, the authors said.

They found that the median age of residents who died was 83 years, and all residents had impaired mobility and had restraints applied for falls prevention. Neck compression and entrapment by the restraints was the mechanism of harm in all cases, resulting in restraint asphyxia and mechanical asphyxia, respectively.

“Although there are few deaths occurring due to physical restraint, the seriousness of the outcome, and questionable efficacy of restraint use for falls prevention, should prompt policy and practice reform towards a restraint-free model of care”, the authors wrote.

“The prevalence of physical restraint use for people with dementia in residential care varies from 12–49%,” they wrote.

Professor Ibrahim said that nursing homes justify physical restraints because they believe they reduce harm from falls by preventing patients from moving around and leaving the facility.

“The problem is that restraints get people more agitated and what we continue to ask is ‘what are the downsides of physical restraints, and would you rather fall or be restrained?’

“We think, on balance, most people would prefer not to be restrained.”

He said that the continued practice of physical restraints in some residential homes stems from fear – fear from relatives, and fear from nursing home staff who don’t want a fall to happen on their watch.

“So, this is based on fear of harm without any consideration that the restraint itself causes harm, and I honestly don’t understand that.”

Professor Ibrahim said that physical restraints were viewed by nursing homes as being more subtle than straitjackets and were similar to a seatbelt.

“But what they don’t recognise is that if you want to get up, or you’re busting to go to the loo, and you stand up with a seatbelt on, then you can fall while attached to chairs.”

Professor Ibrahim said he had experienced backlash to his research on this topic, which reflected a bigger problem of how society viewed ageing and dying.

“The minute you’re old, you’re not allowed to play, walk and everyone wants to protect you. They want to protect what they think is your physical health, but our argument is that there is no point in being healthy if you can’t do anything.

“Would you rather be sitting on a couch doing nothing or going out and doing something that you enjoy, with a fall at the end of it? Which would you choose? And some people will choose to sit quietly, but I think the assumption that that’s what everyone wants to do is wrong.”

Professor Ibrahim added that there needed to be an open and frank discussion about the common perception that old age is a time to die quietly without unsettling anyone.

“I’d rather have a messy death that meant I was enjoying my life, than sitting in a room day after day waiting to die ‘nicely’. Dying nicely only really suits the survivors.”

He said that a general assumption was that a nursing home was a place where old people go to wait for death to happen.

“We’re really trying to dispel all of that and the only way, with our background, is to go through the academic literature and try and create a debate.”