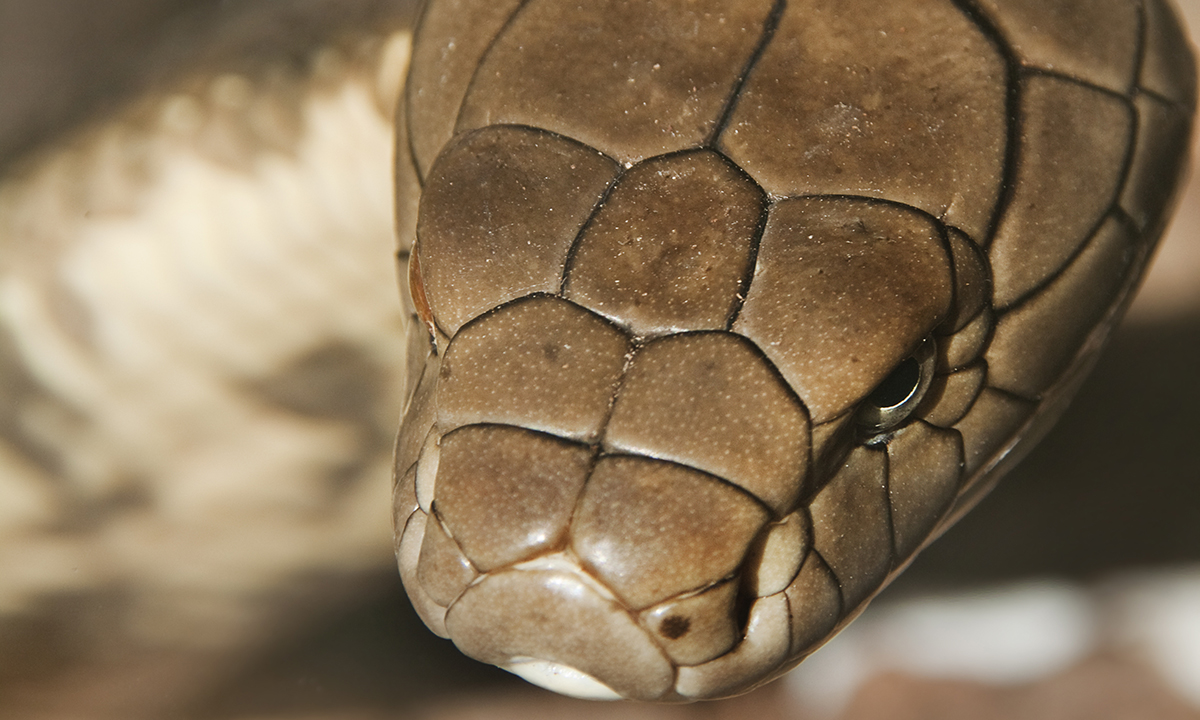 ONE first aid skill that should not be forgotten appears to make the difference between life and death for people envenomed by snakes in Australia, the author of new research says.

Time to cardiopulmonary resuscitation (CPR) was the crucial difference between patients who survived cardiac arrest after snakebite and patients who died, according to Professor Geoffrey Isbister, a clinical toxicologist at the University of Newcastle.

“The first aid that is so important for snakebites is basic life support: CPR. That would have prevented the deaths [due to cardiac arrest],” Professor Isbister told MJA InSight in a podcast.

“There were cases where a child was bitten and collapsed, a parent did CPR and the child survived,” he commented. “But we also had the very sad cases, where someone was bitten by a snake and was lying there for 20 minutes while people called the ambulance but did nothing, and then the person died.”

Professor Isbister is the lead author of a major study published in the MJA. The prospective study of 1548 suspected snakebites over the past decade included 835 cases of envenoming and 23 deaths.

Out-of-hospital cardiac arrest was the most common cause of death following snakebite (10 cases), followed by intracranial haemorrhages (6 cases). An interesting finding of the article was that for the 25 patients who experienced cardiac arrest, the average time to CPR was 15 minutes, whereas the average time to CPR was just 1 minute for patients who survived (12 cases).

The findings are based on 2005–2015 data reported by 171 hospitals to the Australian Snakebite Project – believed to include most snakebites in Australia. The study also drew on national coronial data.

Most often snakebites occurred while walking or doing other activities unknowingly near a snake (47.1%).

Pressure bandages with immobilisation (PBI) were applied in 84% of snakebite cases. In seven of 11 deaths by cardiac arrest, PBI had not been applied prior to collapse; whereas it was applied to 10 of 12 patients with cardiac arrest who survived.

The authors noted in the article that the rate of complications varied between patients receiving and not receiving PBI, but not markedly nor consistently in association with particular snakebite types or complications, with the authors suggesting that the quality and timing of PBI, in addition to time to presentation and antivenom administration, needed further research.

While supporting the ongoing practice of applying pressure bandaging, Professor Isbister commented: “The pressure bandage has never really been shown to be effective. It was proved in restrained monkeys in the late 1970s, but … as soon as you move after a bite, the movement of muscles pumps venom around the lymphatic system. You can put on the best bandage but if you walk – even if the bite is on the arm – it’s a waste of time”.

“When someone gets bitten by a snake, everyone wants to do something and if what’s done is safe that’s probably the most important thing … Overseas they cut [the bite], they suck it, they electrocute it … in Australia we just put a bandage on it. If it doesn’t work, it hasn’t done any harm and if it does work, then great.”

The study has also raised concerns about the inappropriate and potentially harmful use of snake venom detection kits (SVDKs). According to guidelines and the manufacturer’s instructions, such bedside kits are only to be used to distinguish the snake type in patients already known to have been envenomed. However, half of patients not known to be envenomed received an SVDK test in the study, and 36% received a positive result – nine of whom received antivenom as a result.

Professor Isbister said that this was especially concerning given the severe potential side effects as well as the expense of antivenom.

Around one-quarter of patients who received antivenom in the study had severe immediate systemic hypersensitivity reactions, with 6% experiencing severe anaphylaxis. Ten non-envenomed patients had adverse reactions to antivenom, four of which were severe. There were no deaths resulting from antivenom side effects.

The authors noted that antivenom costs $347–$2320 per vial, has a shelf life of only 1–3 years and is stocked at around 750 Australian hospitals.

One encouraging finding of the study was that advice to administer just one vial of antivenom for bites from common snakes has been widely adopted, with no evidence of adverse consequences compared with previous decades when multiple vials of each antivenom tended to be given.

The authors said that this finding should lead to both an increase in very small hospitals stocking antivenom and “tens of millions of dollars being saved each year because larger hospitals can stock less”.

Professor Isbister commented: “Ninety percent of snakebite envenomings in Australia are brown or tiger snakes; the safest decision is one vial of brown and one vial of tiger”.

The study found that there was room to improve the waiting time for antivenom – which did not change over the study period, with an average time of 4.3 hours. “Improved early diagnostic strategies are required,” the authors wrote.

Overall, however, they commented: “Improved pre-hospital care, including early, effective basic life support, may be more important than changes in hospital care or antivenom treatment, and could be further improved by public education”.

Professor Isbister suggested that the first aid messages for snakebites in order of importance should be: know CPR and use it as a first priority in the event of cardiac arrest, always carry a mobile phone (to call an ambulance), apply pressure bandage and immobilise.