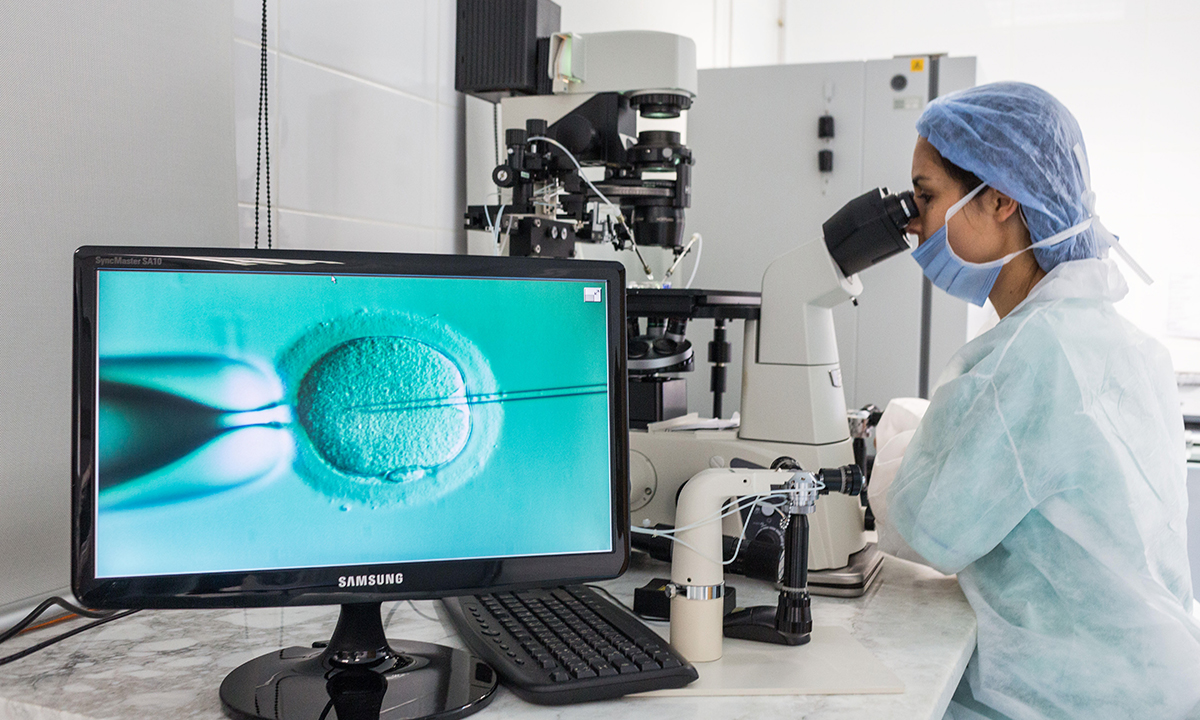 MOST women starting treatment with assisted reproductive technology (ART) will eventually take home a baby, according to research that has estimated the rate of live births across a full course of treatment and including both fresh and frozen embryo transfers.

The research, published in the MJA, estimates the cumulative live birth rate (CLBR) for up to eight cycles, stratified by a woman’s age on commencing ART treatment.

The authors found that while the cycle-specific rate declined in line with age and the number of complete cycles, the CLBR increased with each consecutive cycle.

Lead author Associate Professor Georgina Chambers, Director of the National Perinatal Epidemiology and Statistics Unit at the University of NSW, said that the data should be reassuring for women commencing ART.

“We hope that providing data in this more meaningful way is reassuring for women,” Professor Chambers told MJA InSight. “If you look at the success rate over a course of treatment, most women will take home at least one baby.”

Professor Chambers said that the CLBR data provided success rates across consecutive rounds of complete ART treatment cycles, including fresh and frozen embryos associated with each ovarian stimulation, reflecting a change in contemporary clinical practice that had occurred over the past decade.

“[The data analysis] reflects the increasing central role of cryopreservation programs in ART clinical practice, whereby in an increasing number of cycles, all embryos are frozen and transferred in a frozen cycle.”

She said that the conservative rate was likely to be too pessimistic, and the optimal rate was overly optimistic, so the true estimate would lie somewhere between these two figures.

Professor Gab Kovacs, professor of obstetrics and gynaecology at Monash University and a pioneer of in vitro fertilisation (IVF) in Australia, welcomed the findings. He said such an approach – also called a life table analysis — was the most appropriate way to describe the true pregnancy rate using ART.

Also, he said, the inclusion of frozen transfers was important in presenting the most accurate estimates for patients.

Professor Kovacs said that the data would help to inform discussions between patients and doctors regarding their chances of taking home a baby after a course of IVF. But, he added, these discussions would always be challenging.

“No matter how you present the figures – and I think this is much better than the per cycle pregnancy rate – it’s really difficult to explain it to patients,” Professor Kovacs said. “Patients still don’t believe it. They put on their rose-coloured glasses, and they say I feel really young for my years, I’m really fit, I’m really healthy – I don’t care what the chances are, I have a much better chance because I am a better prospect.”

Professor Kovacs noted that the data reflected only the first baby resulting from an egg collection, so even the optimal rates would underestimate the chances of success.

“It’s not uncommon to have embryos frozen and have more than one baby from one attempt, and this type of analysis – because you can’t get a bonus for having two pregnancies — actually underestimates the overall chances. I would probably give my patients the optimal rate,” he said.

Professor Chambers said that the data did reflect only the first baby born to a woman using ART treatment and was a conservative estimate. She added that the estimate CLBR range reflected the high discontinuation rate in ART.

“The discontinuation rate after an unsuccessful ART cycle is around 30%, but we don’t know the prognoses for the women who dropped out,” she said, adding that patients may discontinue treatment for a range of reasons. “It may be physical, emotional, it may be a change of relationship, or due to the cost.”

In an accompanying editorial, to be published on 7 August, Professors Stephen Robson and Caroline de Costa also welcomed the CLBR data, noting that it “breaks new ground” in improving the clarity on the likelihood of conceiving with IVF treatment and how this is affected by age and the number of cycles required.

The MJA authors noted that the findings will also help to inform public policy.