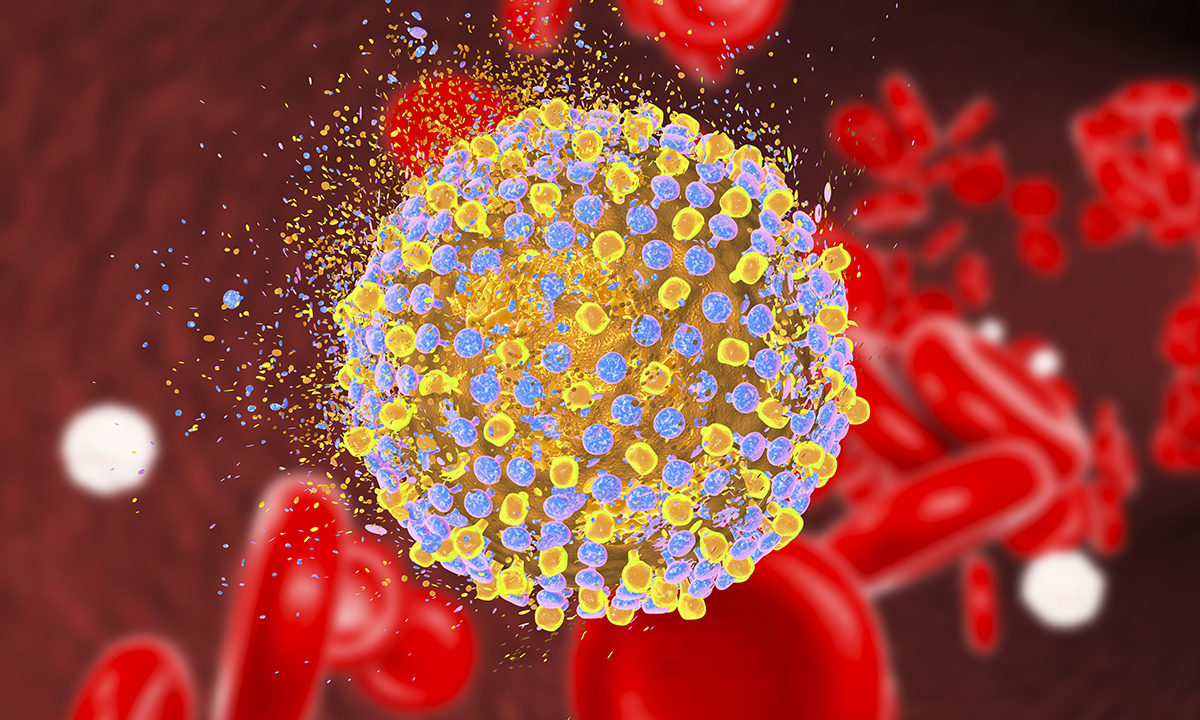 NEWLY approved drugs routinely get marketed as “revolutionary” on flimsy grounds; ones that actually change the medical landscape are infinitely rarer. But with the introduction of direct-acting antivirals (DAAs) for the treatment of hepatitis C, something quite remarkable does seem to have happened.

Before DAAs, the first of which was listed on the Pharmaceutical Benefits Schedule (PBS) in March 2016, patients with hepatitis C had to undergo a lengthy and gruelling injecting regimen with interferon. The drug’s terrible side effects led to around 20% of people dropping out of treatment prematurely, but even for those who stayed the course, only 50–60% were cleared of the virus.

DAAs are permanently changing that picture. Studies have shown that a 3- or 6-month course of DAAs – which involves taking one pill daily with little to no side effects – leads to cure rates above 95%.

Of the estimated 230 500 Australians living with the virus, around 10% have already availed themselves of the new treatment since its PBS listing. But this may represent the low-hanging fruit of the epidemic, according to the authors of a Perspective published in the MJA.

Given the stigma attached to hepatitis C, it may prove harder to track down many of those who still need treatment. That’s where GPs come in, say the authors, led by Professor Mieke van Driel, who holds the Chair in General Practice at the University of Queensland.

Embedding hepatitis C management in general practice could help identify these harder-to-find patients, facilitate initiation of treatment and improve adherence, the authors wrote. And, they add that continuity of GP care could also create opportunities for monitoring the long-term effectiveness and safety of DAAs.

In Australia, GPs are uniquely placed to manage patients living with hepatitis C, as under PBS rules they are allowed to prescribe DAAs if they feel they have sufficient experience in the treatment of the virus.

Since these new rules were implemented, GPs have become increasingly involved in hepatitis C management. Only 4% of cases were managed by a GP in March 2016, compared with 19% in September of the same year.

“A lot of the patients I see in my clinic are in their 50s and often have other comorbidities, and they are not very keen on going to specialist clinics,” Professor van Driel told MJA InSight. “Absolutely there is a stigma attached and patients are reluctant to talk about their drug use in their 20s, and they don’t necessarily want to tell their partners or let anyone else know.”

Professor van Driel said that the shift in managing hepatitis C was reflective of a trend across primary care over past decade, where complex care is increasingly looked after in the community.

“Hepatitis C is reasonably straightforward to diagnose and now to treat. However, a lot of patients have complex issues, including mental health issues, and caring for them and engaging with them is something that I think is more appropriate in primary care. So what we’re seeing is a move away from secondary and tertiary care. The important thing is that it happens in a way that expertise is made available, with a relationship with a specialist when needed.”

Dr Anne Balcomb, a GP based in Orange, NSW, has a special interest in managing hepatitis. Since the introduction of DAAs, she has treated over 100 hepatitis C patients under the new rules.

“The transition has been amazingly easy,” she told MJA InSight. “With your first five or 10 patients, you’re still a bit nervous, because you’re so used to the old system with interferon where you have to really guide them through it. But with the DAAs, once you’ve done your work-up and know whether they’re sclerotic or not, it’s simpler than starting someone on insulin. It’s almost like putting someone on a blood pressure tablet.”

She said that the hardest thing for GPs was to navigate the various regimens for the different genotypes.

“There are so many drugs at the moment, which has made it a bit too complicated, with too many choices for genotype 1 in particular. But once the pan-genotypics are introduced, it will be much easier.”

She said that while there’s still so much drug choice, good links to specialists remain crucial.

“In tricky cases, for example with genotype 3 patients who are borderline sclerotic, you can still get it wrong, so being able to consult with a specialist is important.”

She said that although the transition had gone smoothly, GPs could always do with more training. In particular, they were often too keen to refer for a FibroScan – a non-invasive procedure similar to an ultrasound, which measures the “stiffness” of the liver, an indication of severity of liver fibrosis.

A patient’s AST to platelet ratio index (APRI) can be calculated from blood tests and used to triage those who do and don’t need a FibroScan, Dr Balcomb said.

“If their APRI score is over 1 you send them for a FibroScan, but there are probably 50–60% of patients who can be started on treatment without one. The APRI score is definitely something we have to teach GPs.”

“GPs have unique opportunities to engage with people in the community, and ask questions like whether they have used recreational drugs in the past. People living with hepatitis C can be a particularly hard group to access, in particular the ones who are still injecting. But they’ll often go to their GP for something else, and this can be an opportunity for the GP to investigate, and ask questions.”

One thought on “Hepatitis C: the shift to general practice”