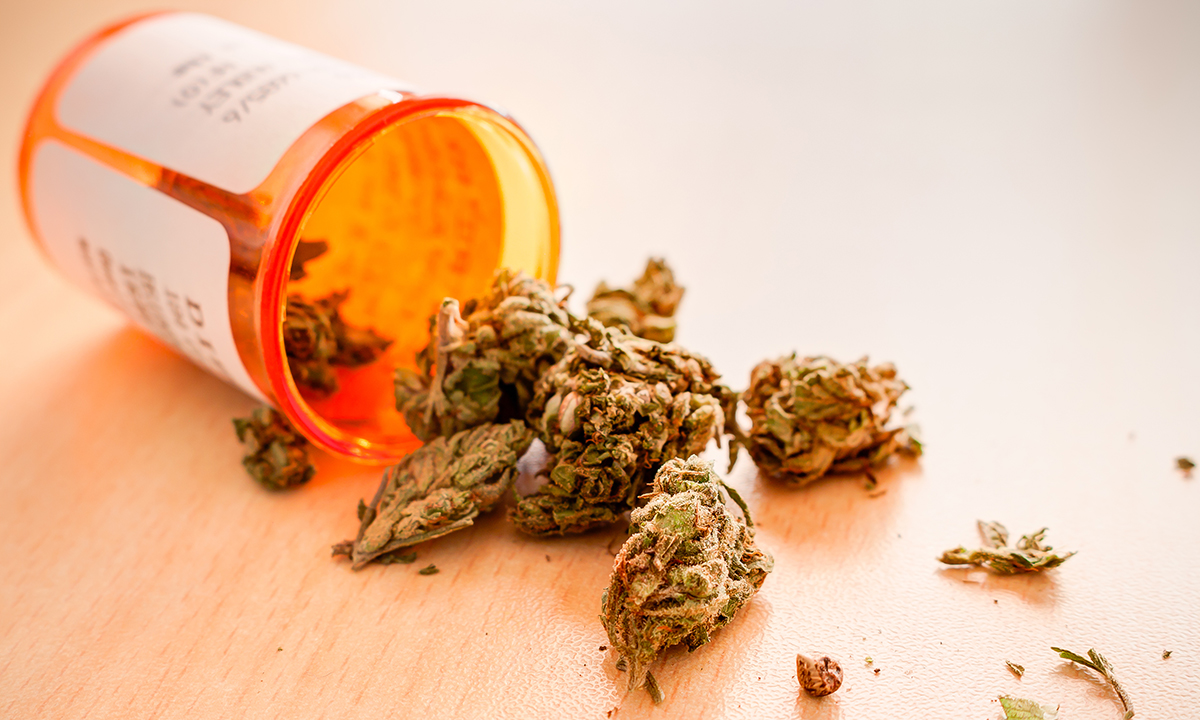 Cannabis legislation: a new can of worms

MEDICINAL cannabis is back in the news, after a surprise Senate vote earlier this month eased Therapeutic Goods Administration (TGA) restrictions on prescribing the drug for terminally ill patients. The Greens initiative – opposed by the federal government, but passed with the support of Labor, One Nation and independent senators – sees medicinal cannabis rescheduled from Category B to A under the TGA’s Special Access Scheme.

Previously, under Category B, prescribing doctors had to seek approval from the TGA, nominating the cannabis product to be used and showing evidence that the patient had tried all other possible treatments while continuing to suffer from intolerable symptoms. But under Category A, doctors don’t need the TGA’s approval. They simply have to notify the TGA after they have supplied the drug to the terminally ill patient.

Pushback from the government and peak medical bodies was immediate and unequivocal. Federal Minister for Health Greg Hunt called the move “deeply concerning and disappointing”. He said it was “a dangerous step because the quality of what can now come in can no longer be regulated”.

The Australian Medical Association (AMA) also came out strongly against the new legislation. In an interview with Sky News, AMA President Dr Michael Gannon said that he was concerned about the potential for the diversion of medicinal cannabis into the general community.

“We’re talking about a substance that is a major source of mental illness in our community. It’s absolutely essential that we’re assured that whatever’s being brought into the country is safe – even if we’re talking about its use in the palliative care setting.”

Dr Gannon said that Australians would be “outraged” if prescription medication was rushed in, or foodstuffs imported without appropriate safety checks.

“Why would we possibly have a different rule when it comes to cannabis?” he asked.

The key criticism, it seems, is that under the old rules the government maintained control over cannabis products coming into the country, and had an established stockpile of tested drugs. But with Category A, doctors can contact a supplier directly, with little oversight from the TGA, which means that the government loses some control over what is being imported.

Supporters of the new legislation say it will speed up the process, getting drugs more quickly to patients for whom time is very much of the essence.

However, the speed at which prescribing doctors can get hold of medicinal cannabis may depend on where they live. The problem that is not addressed by the federal legislation is the second layer of bureaucracy involved in medicinal cannabis approval, at state level, which can vary substantially. In NSW, for example, the state-based process can be lengthy, while in South Australia doctors don’t need state approval and can get medicinal cannabis to their patients more quickly.

Dr Judith Lacey, who is Head of Supportive Care and Integrative Oncology at the Chris O’Brien Lifehouse in Sydney, has prescribed medicinal cannabis under Category B for two patients with cancer who did not meet criteria for a medicinal cannabis trial. The treatment was prescribed for refractory nausea and anorexia in one case, and for chemotherapy-induced nausea and vomiting in the other.

As for the drug’s efficacy, Dr Lacey said she had seen significant improvements with medicinal cannabis for severe, refractory nausea in some patients with cancer under her care.

“When you go through all the drugs we have available, including the ones with known side effects, such as levomepromazine, it’s a question of working out the limitations of each drug. I’ve got patients who are self-prescribing cannabis through compassionate access pathways, and they have found it amazingly effective for short periods of time.”

But many doctors harbour doubts about the way medicinal cannabis has been introduced in Australia. Professor Jennifer Martin, Chair of Clinical Pharmacology at the University of Newcastle, has concerns about the new federal legislation for similar reasons to those of the government and the AMA. She says that it doesn’t appear to offer any benefit for patients who can already access locally stored products and that it potentially opens the floodgates for uncontrolled importation without safety checks.

And she adds that, in any case, palliative care may not be the place to start with products lacking standard pharmacology and clinical data, such as medicinal cannabis.

“This our most vulnerable group. Palliative care patients don’t have much reserve and you can really make them quite sick. If you’re going to start with anyone, it should probably be a younger, more robust group,” she told MJA InSight.

Professor Martin is involved in several cannabis trials, including an ongoing trial measuring improvement with medicinal cannabis in end-of-life patients.

“We’re learning things about dosage and the relationship between dose and symptoms such as development of mental health symptoms. I think it’s worth waiting until we get that data, so we can have an idea about which doses seem effective and which ones may be toxic. I’m just not sure why we have to rush things.”

Professor Martin noted that if the clinical data were not available, the other issue was that the drugs would have difficulty getting listed on the Pharmaceutical Benefits Scheme, and patients would end up out of pocket.

But Dr Lacey said that while getting the data was critically important, it didn’t follow that patients shouldn’t get the treatments in the interim.

“The number one objective is do no harm, and I don’t think cannabis, with good monitoring and prescribing, is going to do a lot of harm in these patients. In palliative care we try to reduce suffering, we look at what may work and then we try and back it up with evidence. One example would be ketamine and octreotide, which we started using to reduce suffering in patients with advanced cancer and then later we were able to get the numbers to run a reasonable randomised controlled trial to evaluate efficacy.”

Even if the treatment is effective in palliative care, there’s also the wider issue of whether more easily available medicinal cannabis may open the door to its use in ways not intended by the legislation. Professor Martin points to the example of US state of Colorado, where medicinal cannabis is considerably easier to obtain than here in Australia.

“I was talking to the head of the Colorado program just a few months ago. They desperately want to do the research, but no one wants to because they’ve already got the product. There’s a sense that people are just using cannabis to treat a whole lot of things, many of which have more effective therapy available than adding another drug. And we know from years of recreational cannabis use that those products may take away motivation and have other social problems. Even though it’s ostensibly medical, there’s a feeling that they’ve legalised a drug and it’s very difficult to pull back from that.”

Australia would do well to take note, she says.

10 thoughts on “Cannabis legislation: a new can of worms”