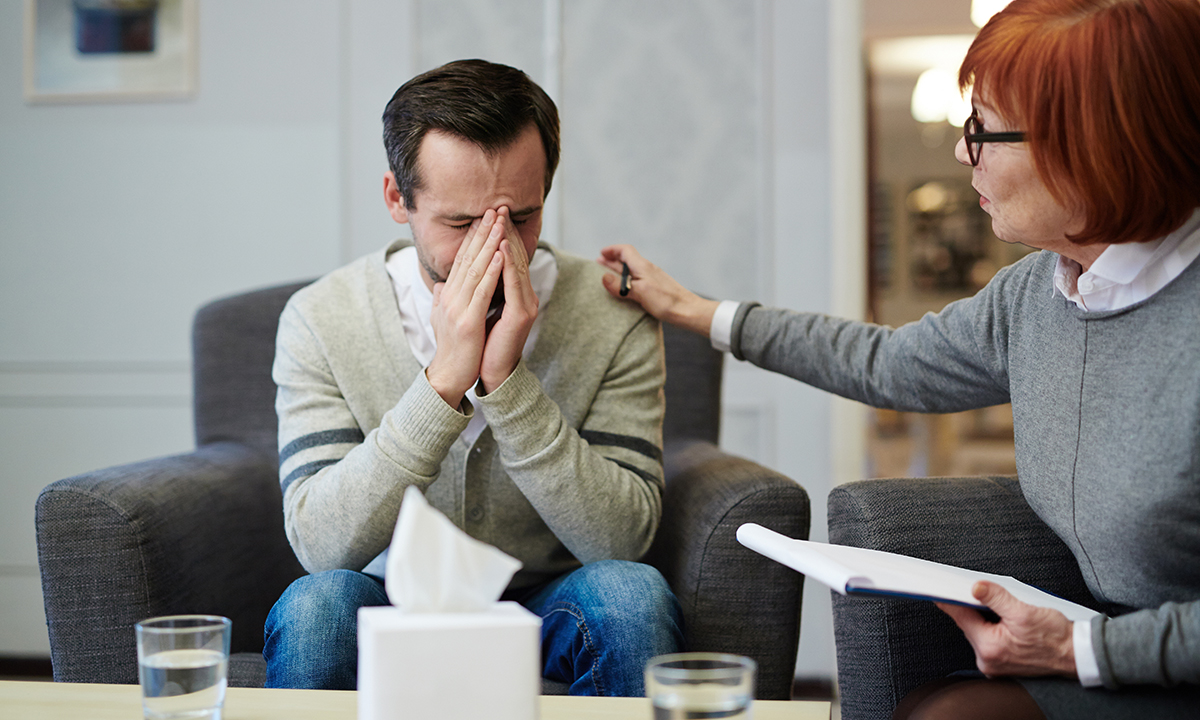 In an editorial in the MJA, Professor Patrick McGorry and Matthew Hamilton, of Orygen, National Centre of Excellence in Youth Mental Health, wrote that a recent update to the Survey of High Impact Psychosis was a mosaic of hundreds of stories of inequity and neglect.

“This is the face of health care apartheid, and every Australian family is at risk of this discriminatory public policy,” they wrote.

McGorry and Hamilton wrote of the experience of a colleague’s older brother, who had schizophrenia. The brother’s condition was left untreated for 2 years before a life-threatening crisis resulted in him gaining access to specialist care. This delayed treatment, the authors said, cost this man his chance of recovery, and his ongoing care now comprised brief general practice visits, support from a non-government organisation, and hospital admissions that achieved “nothing more than risk management”.

In contrast, the authors wrote, when their colleague’s sister was diagnosed with cancer in 2016, the same health system provided rapid, intensive and sustained care. Alongside this high quality medical care, the sister was also provided with mental health care of a much higher quality than that offered to her brother.

Ian Hickie, Professor of Psychiatry and codirector of Health and Policy at the Brain and Mind Centre of the University of Sydney, shared the editorialists’ frustrations, telling MJA InSight that the inequity in care delivery was a “fundamental human rights issue”. He pointed to a recent United Nations Special Rapporteur call for a worldwide revolution in mental health care.

“There is no limit on the care that we would provide to a young person with cancer, there is no limit to the amount of care we would provide to a young person with a major injury … but in mental health, there is an essential missing component,” said Professor Hickie, who is also a member of the National Mental Health Commission. “We have established a very simple and engaging process through headspace, but we have not gone on and built substantive, specialised and continuing care systems for young people in the early phases of these most debilitating disorders.”

Professor Hickie said that the approach reflected the longstanding belief that specialised care need only be provided for people with well established mental illness with significant levels of disability.

“[Specialised care is only provided] when a person’s behavioural disturbance and degree of dislocation from society demand that we respond, rather than being proactive and treating them with the same persistence and investment that we see in those other major health areas.”

However, Professor Hickie cautioned against investing ever more money in existing systems, adding that the 2014 National Mental Health Commission Review (accepted by the federal government in 2015) called for future investment in a redesigned system with a focus on early intervention.

“I am not in favour of pouring more money into the existing system because it will simply result in a hospitalised system with acute care and not the specialised, ongoing, multidisciplinary ambulatory care that is required,” he said.

Professor Hickie said that there was no need for more awareness campaigns or inquiries, just an answer to a key question: “Who is going to fund it?”.

“We are very lucky to have a Prime Minister who talks about building the nation’s ‘mental wealth’. Allan Fels, chair of the National Mental Health Commission, says we lose 4% of gross domestic product due to this total failure to respond at the right time with the right care,” Professor Hickie said.

But, he added, the “classic buck passing” between Commonwealth and state governments meant that the best opportunity to reduce long term disability was not funded.

“We have the right rhetoric at the top, but to translate that into action in the health system is really difficult. We have rigid systems, professionals who are used to working for fee-for-service, and a historical tradition of just putting complex care in a simple primary care model.”

Speaking in an MJA InSight podcast, Professor McGorry said that the issue was tantalising.

“You see the potential … the green shoots and the innovation that has been supported, particularly by the federal government, but at the same time, you see how it’s one step forward, two steps back,” he said, adding that this was particularly the case with state governments. “Most shockingly, in Victoria, we have seen disinvestment in the whole mental health system, and this has been compounded by the advent of the National Disability Insurance Scheme, which has sucked money out of mental health.”

In response to the criticisms about Victoria’s reduced investment in mental health, a spokesperson for the Department of Health and Human Services in Victoria said that the Victorian Budget 2017–18 included “a record $325.7 million in mental health services to further implement the Victorian Government’s 10-year Mental Health Plan to save and improve lives”.

Professor Hickie said that spending on disability support was appropriate, but investment in early specialised care may often prevent progression to lifelong disability.

“One of the areas where we have the greatest opportunity to prevent lifelong disability and reduce its impact is in the mental health of young people,” he said. “So, it’s very hard to understand why we are so prepared to spend money on disability support – which is appropriate – but we are not prepared to spend money on really substantive early intervention in specialised settings.”

An NHMRC spokesperson said that the council recognised the burden of disease related to mental health in Australia. They noted that the NHMRC did not generally allocate funding to particular areas, rather that the best applications were funded, noting that in 2016, mental health research attracted $71 million in funding.

“The NHMRC ensures that the appropriate expertise is drawn on to assess the grant applications received (which are often multidisciplinary in nature), by establishing grant review panels with members from diverse disciplines, including mental health. For instance, the NHMRC’s largest funding scheme, Project Grants, has dedicated grant review panels made up of experts in the areas of mental health, psychology and psychiatry.”

The spokesperson added that the NHMRC was establishing a Mental Health Expert Advisory Committee, drawn from the health and medical research sector, to provide specific mental health expertise to NHMRC Principal Committees.

“In response to the need for targeted mental health research in Australia, the NHMRC has partnered with beyondblue to cofund a joint program of mental health research. This includes a $5 million Targeted Call for Research into depression, anxiety and suicide in elderly Australians (which closed for applications on 31 May 2017),” they said.