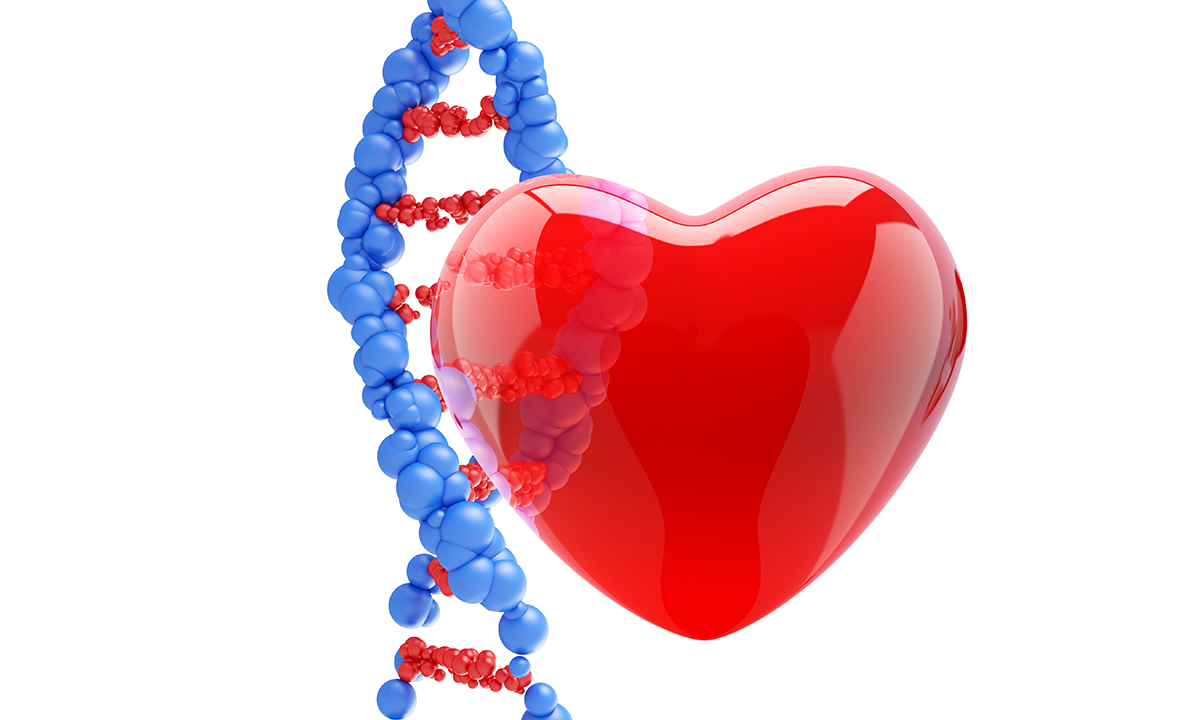 THE clinical application of genomic risk scores for coronary heart disease (CHD) has been debated by experts, after new research finds that genetic variants can be more predictive of disease than traditional clinical risk scores.

Lead authors of the research from the University of Melbourne, Dr Gad Abraham and Associate Professor Mike Inouye, told MJA InSight that current clinical approaches for detecting increased heart disease risk were “severely” limited because they depended on elevated levels of known risk factors, while ignoring the substantial genetic component of the disease.

“Consequently, a large number of individuals who will experience myocardial infarction cannot be detected ahead of time.

“Our research has shown that a novel genomic risk score that combines the effects of thousands of genetic markers can provide substantially more information about a person’s risk of disease than just their low-density lipoprotein cholesterol, blood pressure and other traditional risk factors.”

They said the end result would be much earlier detection of risk than is available today.

The study, published in the European Heart Journal, set out to examine whether a genomic risk score comprising a large number of single nucleotide polymorphisms could provide clinically relevant predictive power for CHD risk.

The authors found that genomic risk scores for CHD do have potential clinical utility, both for early identification of individuals with increased CHD risk and for complementing existing clinical risk scores.

They wrote that genome-wide sequencing was now both reliable and cost effective, and clinically certified genotyping services were now becoming available.

“Further validation and cost-benefit analyses will be required in order to establish how this technology is deployed in clinical settings.”

Professor Diane Fatkin, head of the Inherited Heart Diseases Laboratory at the Victor Chang Cardiac Research Institute, told MJA InSight that this was a significant piece of research feeding into the bigger concept of personalised medicine.

Regarding the clinical applications of the research, Professor Fatkin said that “it will be useful for doctors to get the information on a patient’s personal risk in addition to clinical risk factors”.

“It allows us to get a more comprehensive understanding of a person’s entire risk.”

Dr Abraham and Professor Inouye said that in principle, screening for CHD risk would be similar to existing genetic tests. A DNA sample would be collected and genotyped, and a report sent back to the clinician and the patient.

“The report would detail the person’s predicted risk of disease and compare it with the average risk for individuals of the same sex, age and ethnicity, and potentially what steps to take to reduce the risk to normal levels,” they said.

Professor Fatkin said that the results of this screening would mean that patients with high genetic risk could be directly targeted with lifestyle interventions early on.

The researchers said that this early intervention had the potential to lead to better outcomes for individuals through avoiding disease later in life, as well as substantial savings to health care systems.

Professor Fatkin added that the “the vision we have at the Victor Chang Cardiac Research Institute and at the Garvan Institute of Medical Research is that everyone should have sequencing information available and may use that in combination with clinical risk factors to predict cardiac and non-cardiac diseases.”

However, Professor Joseph Hung, emeritus consultant cardiologist at Sir Charles Gairdner Hospital in Perth, said that while the research was interesting, it was not ready to be incorporated into clinical practice.

“The increase in risk prediction was still quite modest,” he told MJA InSight.

Professor Hung said that there was a common misconception that 50% of CHD could be explained by standard clinical risk factors, “but this is not the case”.

He cited the 2004 INTERHEART study, which showed that modifiable risk factors, including abnormal lipids, hypertension, diabetes, alcohol consumption and diet, account for most of the risk of myocardial infarction worldwide.

“So really, unexplained risk related to genes only accounts for about 20% of CHD.”

Professor Hung was concerned that an emphasis on genetic testing might divert attention from the modifiable risk factors.

“Individual risk is useful, but it takes away from messaging to shift the risk down in the whole population.”

He noted the new study’s finding that future CHD risk, regardless of a high underlying genetic risk score, was lower in those who were non-smokers or who had low blood pressure.

“The clinical implication is that risk is still modifiable with diet, lifestyle and attention to conventional risk factors, even in those with genetic susceptibility to CHD.”

Professor Hung said that in order to determine whether genomic risk scoring was truly useful in a clinical setting, a trial that compared people with risk scores with those without a risk score would need to be conducted.

“It would need to show that [having a genomic risk score] changes clinical outcome.”