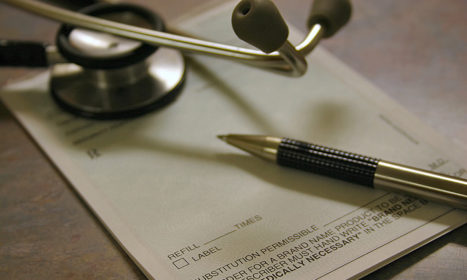 WHY do doctors persist in providing treatments that are known to be of low value? There are plenty of potential reasons: it could be because of pressure from patients, or for financial gain, or even because the clinician is just not up-to-date on the latest evidence.

These deeply-held biases and intuitions can predispose doctors towards a range of low value treatments, such as antibiotics for viral infections, imaging for general back pain or arthroscopy for osteoarthritis.

At the same time, cognitive bias may lessen the impact of large-scale campaigns aimed at reducing such practices, such as NPS’ Choosing Wisely or the RACP’s EVOLVE initiatives.

The Narrative Review outlines some of the most commonly encountered biases in medical practice. They include:

Lead author Associate Professor Ian Scott, who heads the Department of Internal Medicine and Clinical Epidemiology at Brisbane’s Princess Alexandra Hospital, said that the problem of cognitive bias cuts across all medical disciplines and concerns GPs and specialists alike.

“We all need to take time to reflect on our thinking, go back and review decisions, particularly in relation to follow-up and what has happened to the patient over time in response to our treatment decision.”

Dr Rob Hosking, a Victoria-based GP who is a member of the Choosing Wisely Advisory Group, said that even when a doctor understood that a treatment or test is of low value, it could still be extremely difficult to shake off the desire to recommend it.

“People fear missing cases, and they rationalise. Every doctor will be able to tell you of cases where they’ve not done something and it’s come back to haunt them.”

Dr Hosking said that the legal context may also promote the use of low value treatments.

“Very rarely does anyone get in trouble for treating a patient or ordering a test. But if a doctor doesn’t order a test and then something happens, they may be sued or disciplined by AHPRA, and that’s happening on a regular basis. So, it’s a very difficult area to find a balance.”

Bond University’s Professor Jenny Doust, who is a practising GP and who has also been involved with Choosing Wisely, said that cognitive bias is a particularly important concern for GPs because they work in an area where there’s more uncertainty than in the specialist setting.

“You’ve got patients whose conditions are milder, less clear, with less filtering of the information. This drives some GPs to overorder tests to try and reduce uncertainty, but then you get the flow of incidental findings and inappropriate treatments.”

She said that the issue was not simply a question of knowledge.

“If we really want to tackle low value care, we have to act on these cognitive biases. Initiatives such as Choosing Wisely are a good start, but it’s not going to be sufficient. And one of the good things in this new review is that it comes up with ideas of how we can get people moving in the right direction.”

The review outlines several potential “debiasing” strategies, including “cognitive huddles” where doctors can discuss case studies of low value care with their colleagues.

Defining acceptable levels of risk of adverse outcomes and providing statements detailing perceived benefits, harms and costs of any planned treatment are among a number of other suggestions that the authors make to mitigate cognitive bias in decision making.

Associate Professor Scott and colleagues also say that “nudge strategy” may play a part. The idea is not to explicitly tell doctors what not to do, but to gently push or nudge them away from low value care.

For example, prompting doctors to justify prescribing antibiotics in their patients’ electronic health records has been shown to reduce the inappropriate prescribing of antibiotics.

But ironically, the authors admit that there’s not yet much hard evidence that their suggested strategies will work.

“And we have to involve psychologists, sociologists and other experts who can assist clinicians gain a better understanding of how humans think and behave.”

What is the number one reason doctors provide treatments known to be of low value?

5 thoughts on “The thinking that drives low value care”