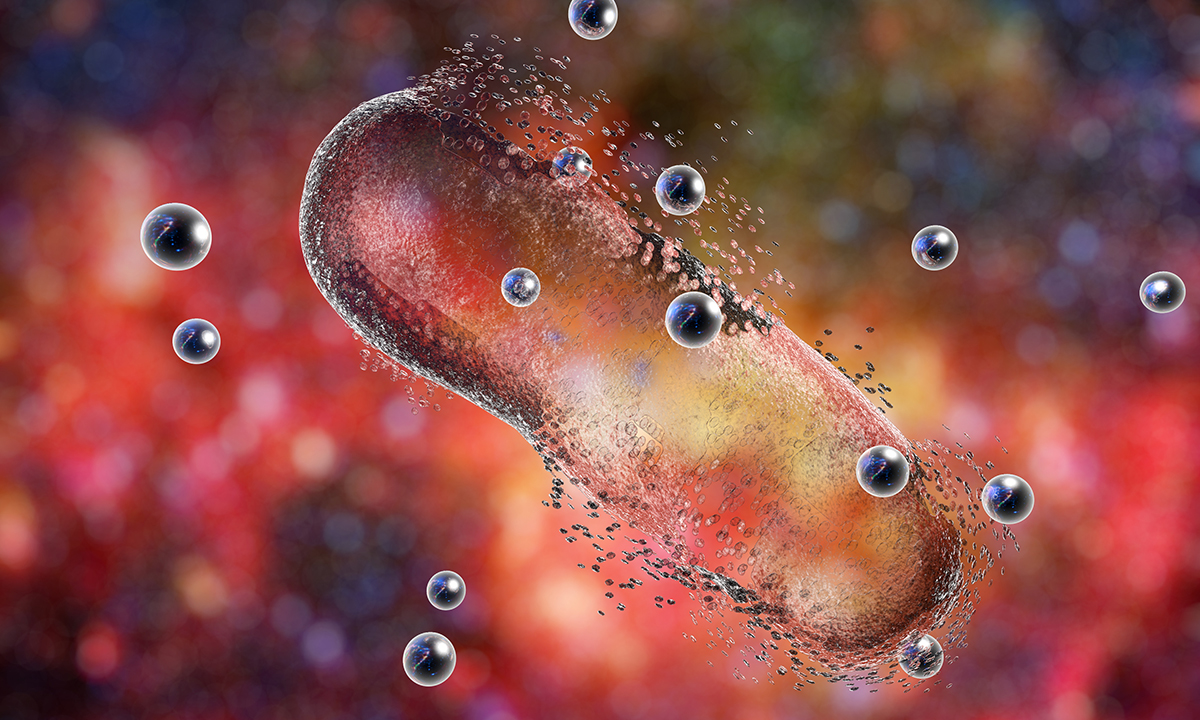 Working to avoid a post-antibiotic world

INFECTIOUS disease experts say that they are “deeply alarmed” at the death in the US of a woman from an untreatable gram-negative infection, saying that the incident may herald the beginning of a post-antibiotic future.

President of the Australasian Society for Infectious Diseases (ASID), Professor Cheryl Jones and colleagues wrote in the MJA that should such cases become more common, they could “profoundly affect all areas of health care, and society”.

The US woman had contracted a pan-resistant Klebsiella pneumoniae after sustaining a fractured femur and being hospitalised in India. After returning to the US in mid-2016, she was admitted to hospital for treatment, but died of untreatable septic shock early in 2017.

Speaking to MJA InSight in a podcast, Professor Jones said that many medical advances depended on the availability of effective antimicrobials to treat infections.

For instance, she said, infection control was critical in chemotherapy, organ transplant and intensive care. “All these advances where we intensely rely on antibiotics … may not be possible,” she said. In the MJA article, the authors said that simple childhood infections could once again become life-threatening.

The warning came as experts outlined in a Perspectives article, also published in the MJA, five low-value interventions that should be avoided. Four of the five interventions – identified by ASID as part of the Royal Australasian College of Physicians’ EVOLVE initiative – relate to the inappropriate use of antibiotics.

Professor John Turnidge, senior medical advisor to the Antimicrobial Use and Resistance in Australia (AURA) surveillance program at the Australian Commission on Safety and Quality in Health Care, welcomed the focus on these low value uses for antibiotics.

“We’re actively trying to reduce antibiotic prescribing in the Australian community and these EVOLVE initiatives are another valuable tool in the toolkit to support practitioners to use antibiotics appropriately. These tools work well because they provide specific guidance,” said Professor Turnidge.

Professor Turnidge said that the use of antibiotics to treat asymptomatic bacteriuria in nursing homes was highly ineffective.

“It’s a deeply entrenched practice, and to correct it and provide more effective care will require significant effort,” he said.

Professor Thursky said that, in 2016, the NCAS conducted an aged-care prescribing survey that found that one-third of antibiotics in aged care were prescribed without any clinical signs of infection in the week prior to the prescription.

“One in five patients in aged care homes in Australia who were receiving antibiotics were prescribed [cephalexin], and a significant proportion of that would have been for asymptomatic bacteriuria,” Professor Thursky said.

However, she added, it was important to balance this message with the principles set out in the Antimicrobial Stewardship Clinical Care Standard.

“If you are going to treat what looks to be an infection, then you should be taking appropriate microbiology [to determine] if the patient has either a very sensitive isolate, so they can de-escalate to a narrow-spectrum antibiotic such as penicillin, or if there is a bacteria with multiple resistances such as the carbapenem-resistant Enterobacteriaceae or methicillin-resistant Staphylococcus aureus, where they need to escalate to broader spectrum antibiotics,” she said.

Professor Thursky shared the alarm of the MJA editorialists regarding the recent death in the US. She said that Australia was very fortunate to have a low number of multiresistant organisms, but pointed to two deaths attributed to carbapenem-resistant Enterobacteriaceae in Victoria in recent years.

Professor Thursky said that the rarity of such cases, particularly in Australia, meant it was difficult to communicate the importance of antibiotic stewardship to patients, and that there was a sense of fatigue around the concept of superbugs.

“Sitting in Australia, with high quality health care and hygiene, infection prevention and stewardship practices in our hospitals that are the envy of many around the world, it’s hard for many people to imagine a world where those organisms are common,” Professor Thursky said. “But those organisms are very common in places such as India, where it’s starting to have an impact on them being able to undertake complex surgery and bone-marrow transplants.”

Professor Turnidge said that the concern at the US death was shared by all involved in tackling antimicrobial resistance.

“These kinds of problems are rare at the moment, but they’re the harbinger of the future if we keep going down the path of indiscriminately using antibiotics,” he said. “Most of us who practise in the area of infectious diseases have had patients with infections that are extremely hard to treat because there is only one drug left, and that is quite toxic.”

“Yes, [the US case] is rare, but it may happen and it can be devastating,” he said. “Antimicrobial resistance can delay many types of routine treatment such as surgery and rehabilitation and causes longer and more complicated admissions. It cuts across every aspect of health care,” Dr Jenney told MJA InSight.

He applauded Australia’s efforts to tackle inappropriate antibiotic prescribing, but said that there was always more that could be done.

Professor Turnidge said that the National Antimicrobial Resistance Strategy, launched in 2015, was making some headway, although involving both the health and agriculture portfolios added to the complexity of the project.

An implementation plan for the strategy was released in November 2016.

He said that hospital stewardship programs have been rapidly expanded as a result of the implementation of the Commission’s National Safety and Quality Health Service Standards, had helped enormously in dealing with antimicrobial resistance in hospital settings.

“Our next big challenge is to improve prescribing practice in the community – in general practice and in aged care,” he said.

Australia’s second Antimicrobial Resistance Summit will be held in June 2017 in Melbourne.

5 thoughts on “Working to avoid a post-antibiotic world”