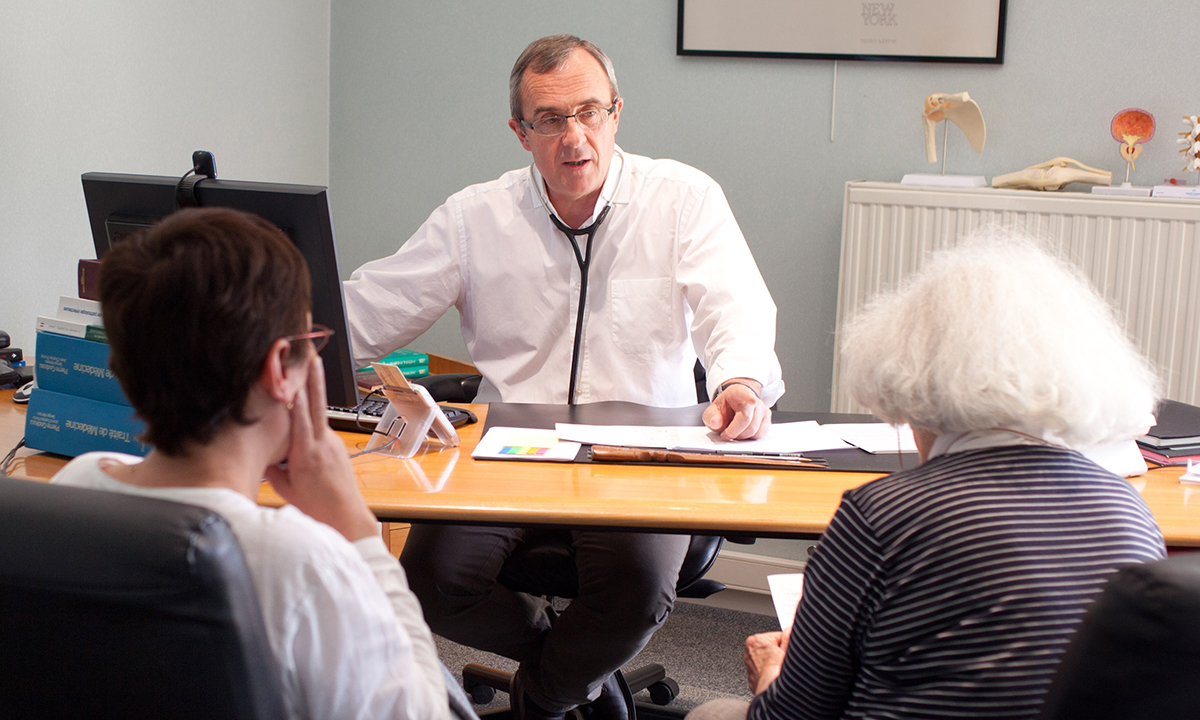 PLANNING for transition to retirement should begin for doctors as early as their mid-50s, say researchers, who have found that many older clinicians are uncertain about their plans, or have no intention to retire.

In a cross-sectional survey of practising doctors aged 55 years or older, published in the MJA, researchers found that 26.6% of the survey’s 1048 respondents were unsure of their retirement plans, and 11.4% had no intention to retire.

Lead author Associate Professor Chanaka Wijeratne, senior psychiatrist with the Academic Department for Old Age Psychiatry at the Prince of Wales Hospital and Associate Professor (Adjunct) at the University of Notre Dame’s School of Medicine, said that attention to the importance of retirement planning was overdue.

He said it was not surprising to find that work centrality was a key factor in clinicians’ hesitance to make retirement plans.

“Medicine is an intrinsic and very deeply felt part of someone’s identity because they have spent so long getting through medical school and then developing their career and expertise,” he said.

Professor Wijeratne said that medicine also attracted people with perfectionistic, obsessional personalities who tended to overcommit to their careers.

“Those kind of personality traits are probably exacerbated by the very culture of medicine – working long hours, working harder than your peers, to get on with your career,” he said.

Co-author Associate Professor Joanne Earl, of the Flinders Business School, said that retirement should be thought of in terms of career management.

“People always think about the day of retirement as an event, but … it’s very much a process of transition,” Professor Earl told MJA InSight.

“It doesn’t need to be all or nothing; it can be a combination of [changes]. It may be a new career direction, a reduction of hours, or scope of work.”

Professor Earl said that a focus of retirement discussions was often “how much will I need to retire?”, but the more important question for doctors to ask themselves was: “what am I going to do in retirement?”

“People tend to ‘park up’ their plans to enjoy a full life until retirement. They say they want to play golf, paint more or travel extensively but, in reality, only about 25% of people take up new activities in retirement,” she said. “I would encourage people to stop thinking about those activities and to get involved in them now.”

Speaking in an MJA InSight podcast, Professor Brian Draper, clinical lead of the academic department for old age psychiatry at Sydney’s Prince of Wales and Prince Henry hospitals, said that age-related physical and cognitive changes affected all professions and jobs – from doctors and pilots to bus drivers.

“As you get older, you have to change the way you work, so there are certain capacities and skills that erode much slower than others,” Professor Draper said. “Your general expertise and knowledge, ability to mentor, ability to give guidance and leadership – the wisdom, if you like – of the profession, is going to be retained much more than perhaps the fine-honed skills of being a surgeon who has to have a steady hand.”

Professor Draper wrote in an editorial accompanying the MJA research that the move towards revalidation, as being considered by the Medical Board of Australia, was complementary to retirement planning by ensuring that older doctors maintained up-to-date knowledge and were fit to practice.

The MJA authors also called for the development of education programs facilitating retirement planning for late-career doctors, and Professor Wijeratne pointed to a Welfare of Anaesthetists Special Interest Group position statement as a “brilliant model”.

She said that employers could support older doctors by providing flexible career opportunities, such as reducing an older clinician’s on-call and face-to-face clinical load in favour of more mentoring and teaching opportunities.

“We know that your physical skills drop off as you age. You start by wearing glasses, your hearing [deteriorates], you don’t tolerate being up all night – all these things are happening physiologically that you really can’t control,” she said. “Departments have to be very flexible and responsive with their workforce to be able to accommodate these individual needs.”

Dr Goulding agreed that revalidation could play a role in ensuring that older doctors maintained their skills, but there were limitations to this approach.

“Revalidation is important but it doesn’t actually indicate what a surgeon is like in an operating theatre, for example,” she said, adding that multi-source feedback, and perhaps a mandatory retirement age, should be considered.

However, Professor Wijeratne said that there was no evidence to support the implementation of a mandatory retirement age in medicine.

A podcast with Professor Brian Draper is available here.

How do you feel about retirement?