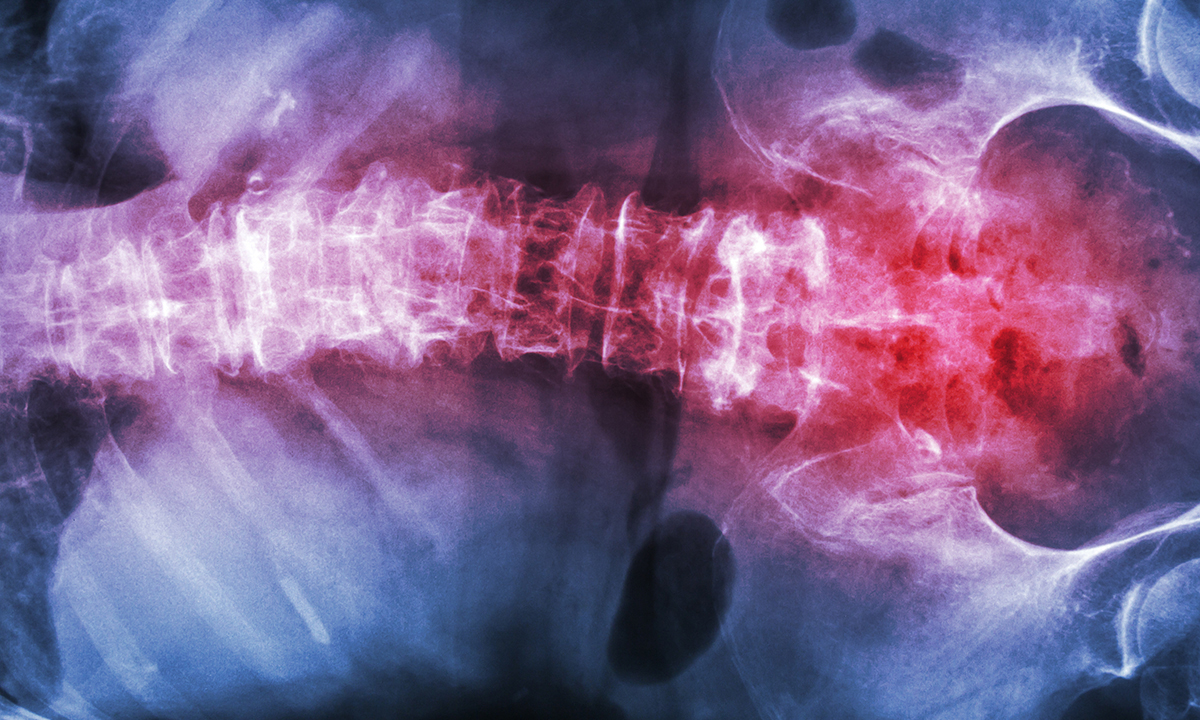 EXCITING research is progressing on ankylosing spondylitis (AS), but early diagnosis and achieving long term remission remain the key challenges to overcome.

Professor Peter Youssef, rheumatologist and chair of Arthritis Australia’s Scientific Advisory Committee, told MJA InSight that “AS has gone under-recognised or unrecognised for many years”.

This means that some patients with back pain will suffer for many years until a diagnosis of AS is finally made. “By then, they’ve already developed restricted movement that is irreversible,” Professor Youssef said.

“That’s a really important role for GPs – to recognise the condition – because they are going to be the primary referrers.”

Professor Youssef was commenting on a Perspective published in the MJA which discussed research advances in AS over the past decade.

The authors wrote that enhanced diagnostic methods and management have led to major benefits for patients, with marked improvements in quality of life and reduced treatment-associated side effects.

They said that the discovery of genetic variants in the interleukin-23 pathway, which are strongly associated with AS, had led to the repositioning of drugs that target interleukin-23 and related pathways.

“Despite these advances, management of AS lags behind that of the other major common immune-mediated arthropathy, rheumatoid arthritis, with fewer therapeutic options, no treatment yet convincingly shown to induce disease remission, and with less impact on slowing disease progression”, they wrote.

The authors said that this probably related to the disproportionately low research attention AS has received relative to the burden of disease caused by the condition. They called for sufficient resources to be made available to translate the advances in AS research into benefits for patients.

Dr Lionel Schachna, a consultant rheumatologist in Victoria, told MJA InSight that “a number of studies have shown that if we see patients with AS early, particularly within the first few months of the onset of symptoms, they can be treated for a short period of time with a biologic agent and can hopefully have some long term, treatment-free remission – which would be fantastic.”

He said that at the moment this can’t be done easily, because in order for patients to have access to biologic agents under the Pharmaceutical Benefits Scheme, “the patient needs to have x-ray changes, and often these changes will take 10 years or more to appear after the onset of symptoms”.

Dr Schachna said that GPs played a critical role in identifying patients early on, so they can “at least initiate a regular exercise program, together with analgesics or non-steroidal anti-inflammatory drugs”.

“[This will] really impact positively on the short and long term outcomes for our patients.”

Lead author of the MJA Perspective, Professor Matt Brown from the University of Queensland, told MJA InSight that research on AS had focused both on translational and basic science research.

He said that a group of particular interest for research were patients with non-radiographic axial spondyloarthritis, that is, patients who have a clinical picture of AS without radiographic sacroiliitis.

“Roughly half of those patients will develop AS. At this point, we’re not very good at predicting who is going to go on and get AS.”

Professor Youssef said that patients with non-radiographic axial spondyloarthritis had inflammatory back pain and elevated inflammatory markers, but do not have the x-ray abnormalities of AS.

“Several studies of biological agents are underway in this group trying to show response, because we know that this group of patients is just as symptomatic and in just as much pain as those with x-ray change.”

Dr Schachna said that the hope was that, over time, patients could access biologic agents at an earlier stage, particularly with patients who have non-radiographic axial spondyloarthritis and magnetic resonance imaging scan changes.

“The promise is that we could potentially treat patients for a short period of time and then stop treatment. Currently, it’s rare to be able to stop treatment and not have the disease flare up.”

Professor Brown said a big focus of basic science research was continuing to identify the genetic susceptibility factors for the disease. “Thus far, we’ve identified 114 genetic variants that are known to influence AS risk and contribute roughly 30% of overall risk.”

He said it was essential that this research continues, and that a greater investment in research was needed.

One thought on “Consider ankylosing spondylitis”