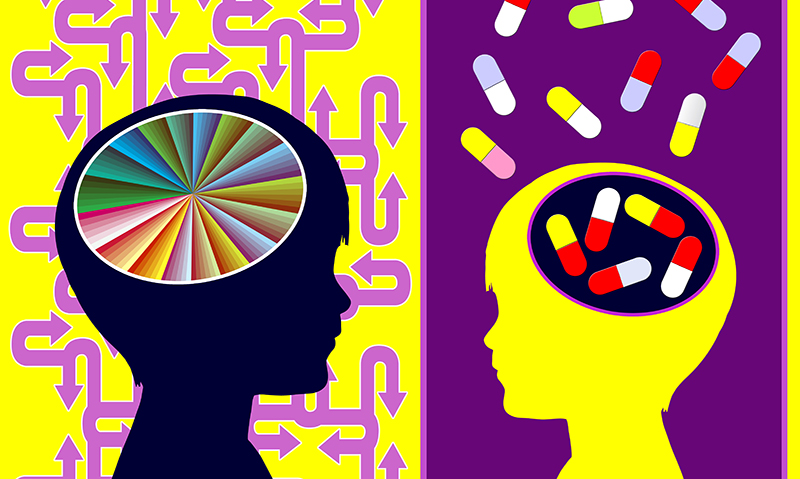 EXPERTS are calling for action to address the rising prescription rates of ADHD medications, after new research published in the MJA revealed a dramatic increase in misuse and overdoses.

Lead author of the study, Dr Rose Cairns from the NSW Poisons Information Centre (NSWPIC) at the Children’s Hospital at Westmead, told MJA InSight that “worryingly, the median age of patients in our study was just 17 years old”.

“There are lots of anecdotal reports of mixing ADHD medications with party drugs. The concern is the complex drug cocktail that is created, especially with all of the unknowns that come into play with party drugs.”

Dr Jon Jureidini, head of psychological medicine at the Women’s and Children’s Hospital in Adelaide, said the research confirmed that ADHD stimulant medications “are not always being taken by the person it was prescribed to, or for the reason it was prescribed in the first place”.

“This is due to increased availability of these medications. More are being prescribed, which means more are being diverted and misused.

“If we actually knew the medications were doing any good, we could accept some of these potential harms, but the evidence [on the benefits] is thin.”

The MJA study looked at intentional exposures to methylphenidate, dexamphetamine, modafinil and atomoxetine reported in calls to the NSWPIC from 2004 to 2014. The target population included Australian residents aged 10-75 years.

The authors found that during the study period, 1735 intentional exposures to the four medications were reported to NSWPIC. There was a 210% increase in intentional exposures to methylphenidate over this period, whereas the number of dexamphetamine exposures declined by 25%. Illicit use increased by 429% across the study period. At least 93% of overdose patients required hospitalisation, the authors wrote. Trends in exposures paralleled trends in the dispensing of these medications, as recorded in Pharmaceutical Benefits Scheme data.

Dr JureIdini said it was important to educate prescribing doctors about the risks of these medications and that “there usually is a better explanation for symptoms than ADHD”.

This point was highlighted in an accompanying MJA editorial, which said the controversies around ADHD had persisted without consensus as to whether increases in diagnosis and treatment result in symptom reduction and improved long-term outcomes.

The authors wrote that in the absence of national guidelines, the Royal Australian and New Zealand College of Psychiatrists supported the use of Canadian or United Kingdom guidelines for ADHD treatment. Both highlight the need for comprehensive assessment of ADHD and substance use disorders.

The authors said that while careful assessment and universal precautions would not stop all non-medical use of prescription stimulants, “they remain practical and feasible approaches to limit misuse”.

Co-author of the editorial, Professor Louise Newman from the Centre for Women’s Mental Health at the Royal Women’s Hospital in Melbourne, said that ultimately doctors needed to “go back to basics” when it came to giving out ADHD medications.

“Only prescribe after a differential diagnosis has been made. Don’t just blindly assume that these medications are always useful.”

She told MJA InSight that a robust, external and national prescription database would address the issue of misuse.

“We need a central register that has a broader reach. This would give practitioners some investigating power.”

“Our data doesn’t show us how much ‘doctor shopping’ was occurring among our study sample. However, if prescribers had access to real-time prescription data this could not only prevent doctor shopping but also help identify patients with addiction problems. Real-time prescription monitoring, linking doctors and pharmacists, could capture when controlled drugs are prescribed/dispensed.”

Dr Cairns said that Medicare’s Prescription Shopping Program was a step in the right direction. She said that both patient education and public awareness campaigns about the dangers of mixing prescription medications with party drugs were also needed.

“From a harm reduction standpoint, the recent talk of pill testing at clubs and festivals could give people the opportunity to know what is in their product, and allow them to make a more informed decision about whether or not to take it.”

“There are supplies of ADHD medications in schools, so we need to know how to manage [this problem] within schools. This is why we have to work with patients, work with families and work with schools to develop complete monitoring,” Professor Newman said.

However, Dr Jureidini did not support the education of children or schools, saying that “it’s not a kid’s responsibility to know about the harms of ADHD medications”.

“It is important to increase emotional literacy in schools, but when it comes to mental health awareness, there is a danger that it can come across as disease-mongering.”

Dr Jureidini said that a lot more research was needed in the area of ADHD and whether medications had any real benefit.

“We need studies that focus on meaningful outcomes of these medications. We don’t need more randomised controlled trials that only measure symptomatic relief.”

Have you seen evidence that teens are mixing ADHD medications with party drugs?