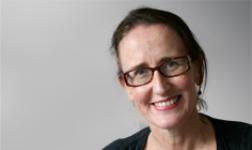 THE United States is well known for its reluctance to rein in the individual freedoms of its citizens – even when those freedoms are linked to the highest rate of mass shootings in the world.

So you might not expect America to be a world leader in restricting smokers’ rights, especially given the long and shameful history of the tobacco lobby in that country.

But the land of the free and the home of the brave is now seeking to ban smoking in and around all of the nation’s public housing, home to around 2 million tenants across the country.

Depending on your perspective, you could see the move as a visionary public health measure or, as an opinion article in the Los Angeles Times puts it, “creepy nanny-state overreach”.

The US Department of Housing and Urban Development says the move will protect children and other residents from exposure to second-hand smoke, as well as reduce fire risk and maintenance costs.

A 2014 study by the Centers for Disease Control and Prevention found a smoking ban in all government-subsidised housing would save the country almost US$500 million a year, including $310 million in health costs related to second-hand smoke.

The motivations behind these kinds of bans are understandable. As this article in JAMA points out, smoking rates are higher in people living below the poverty line (26%, compared with less than 17% of all US adults).

The link between socio-economic disadvantage and poor health outcomes has led to some fairly drastic government responses in the past, including Australia’s controversial move to quarantine welfare payments for some Indigenous and other families.

Indigenous leader Noel Pearson defended that program against charges of paternalism, saying: “Ask the terrified kid huddling in the corner, when there’s a binge drinking party going on down the hall, ask them if they want a bit of paternalism.”

But these kinds of interventions do tend to have mixed results.

In 2008, Los Angeles banned new fast-food outlets in southern parts of the city where rates of both poverty and obesity were high.

Obesity rates actually went up following the ban, The Atlantic reported, criticising such moves for being based on a “subtext that policy should be dictated for poor people the way it is for children”.

Perhaps it’s not surprising these kinds of interventions tend to focus on the vices of the poor, rather than the dangers of overindulging in a nice pinot, but it does raise some troubling questions.

If the main aim of the US move is to protect children from passive smoking, wouldn’t the logical move be to ban the habit in everybody’s houses, rather than applying it only to those people who have the least choice about where and how they live?

You can bet an attempt to impinge on the rights of people who actually own their homes would cause a bigger stink than any amount of second-hand smoke.

More broadly, when we remove people’s ability to make decisions for themselves do we make them more or less likely to act in the interests of their own health?

One thought on “When is public health policy paternalism?”