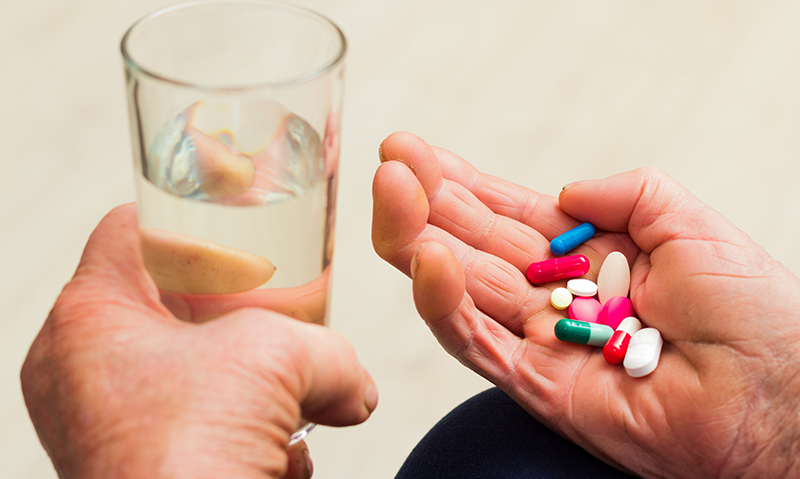 The retrospective observational study, published in this week’s MJA, found that in the year after the novel oral anticoagulants (NOACs) were listed on the Pharmaceutical Benefits Scheme (PBS) in 2013, there were 3936 new users of NOACs, and just 1506 new users of warfarin.

The authors said the overall increase in the use of oral anticoagulants since the introduction of NOACs might reflect the use in patients for whom warfarin was unsuitable.

The authors noted that patients initiated on NOACs were younger, more likely to be men, had fewer comorbidities and were less likely to live in aged care facilities.

Professor Ross Baker, director of the WA Centre for Thrombosis and Haemostasis at Murdoch University, said it was interesting to note that around 70% of new prescriptions were for NOACs in the year after their PBS listing.

He said that even in this high-risk population – with a median age of 86 – there was less bleeding, stroke and myocardial infarction in the NOAC group compared with the warfarin group.

“There’s always the concern that there would be more problems in this [older] group. I think this means that in general practice we’re selecting the patients much better than we have previously,” Professor Baker said. “If you select the right sort of patients they do as well, if not better, [on NOACs] than on warfarin if they need antithrombotic therapy.”

Professor John Attia, professor of medicine and clinical epidemiology at the University of Newcastle, said the profile of patients initiated on NOACs suggested that these drugs were being used in patients with lower CHA2DS2 scores.

“If people are younger and have fewer comorbidities, their CHA2DS2 score would be lower. So, are these people who you wouldn’t normally start on anticoagulants because of the hassle?” Professor Attia said, adding that the findings should prompt clinicians to carefully evaluate the need for anticoagulants in patients with lower CHA2DS2 scores.

“These drugs are not without risk,” he said. “The CHA2DS2 score and the new version, the CHA2DS2-VASc score, are well validated tools to help us to stratify the risk – physicians need to use those tools to see if the risk is high enough to warrant starting somebody on these drugs.”

Of concern, said the study authors, was the co-administration of NOACs with non-steroidal anti-inflammatories (NSAIDs).

“Together with the lack of reversibility of the anticoagulation effect of NOACs, these results are of concern and suggest that prescribers should consider the potential risks of bleeds when NOACs are co-administered with medicines such as [NSAIDs],” the researchers wrote.

Professor Attia agreed that the co-administration of NOACs with NSAIDs was cause for concern, particularly in the case of dabigatran, a combination he described as “dangerous”.

“It’s very concerning because there are a few things about dabigatran that people didn’t seem to pick up from the big randomised controlled trial that appeared in the New England Journal of Medicine,” said Professor Attia, pointing to the finding that dabigatran had a statistically significant higher risk of gastrointestinal bleed compared with warfarin.

Professor Attia said dabigatran also lacked the cardioprotective properties of other anticoagulants, while NSAIDS increased the risk of myocardial infarction.

However, he said, the MJA findings showed that the uptake of dabigatran had plateaued.

Professor Baker said the co-administration of NSAIDs with anticoagulant therapy was concerning.

“The risk of bleeding significantly increases if you’re on more than one antithrombotic agent, so stopping anti-inflammatories and/or aspirin if they’re not needed is probably a good thing if you’re starting a NOAC or warfarin.”

Professor Baker added that concerns about the non-reversibility with NOACs would soon be addressed with the US licensing antidotes for dabigatran, and an antidote for anti-factor Xa agents, rivaroxaban and apixaban may be just around the corner.

In October of 2015 the US Food and Drug Administration granted accelerated approval to idarucizumab for use in patients who had experienced a bleeding event while taking dabigatran. Studies are continuing into andexanet, a potential reversal agent for rivaroxaban and apixaban.

Professor Baker said around 15% of people died within 30 days of presenting with a thromboembolic event.

“It’s a sentinel event, so really it’s an area we need to devote more attention to,” he said, adding that the Australasian Society of Thrombosis and Haemostasis is conducting the Anticoagulation Reversal and Events Study to help to guide clinicians’ management decisions in patients experiencing a major bleed or stroke while on anti-coagulants.

The MJA findings come in the wake of a BMJ report this month that called into question the results of the ROCKET-AF trial. The BMJ reported that a defective point-of-care device was used to measure INR levels in the warfarin arm of the trial.

5 thoughts on “Novel anticoagulants drive increase in overall use”