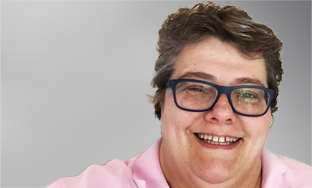 WELCOME to the penultimate edition of MJA InSight for 2016, a year that has been both unforgettable and very much in need of forgetting.

But, as Jane McCredie pointed out last week, we are now living in a “post-truth” world.

If Brexit and the election of Donald Trump to the bully pulpit of the US Presidency have taught us anything, it is that getting facts, logic, evidence and, in short, truth, out into the universe where patients, parents and policy-makers can both find it and understand it, is more important, and more difficult, than ever.

Anyone with a smartphone, an internet connection and half a brain can tune into a world of news. So much news in fact, that we filter and sort and gatekeep according, usually, to our own opinions and world views.

People seem to live in an echo chamber, never hearing opposing views, having their own prejudices and misinformation confirmed and bounced back at them, ever louder and into infinity.

What does this mean for evidence-based medicine?

It will come as no surprise to you, gentle reader, that the top 10 most popular articles published by MJA InSight this year include a swathe of topics about which public opinion can be most often shaped by celebrity chefs, pseudoscientists, lobbyists and those looking to make a quick buck from the latest trend in potions and poultices.

The Paleo diet, antivaccination, chiropractors, the Health Australia Party, diet supplements, complementary medicines – these are all topics that can be hijacked by people defensive about their own beliefs and, therefore, willing to shout down any suggestion of an evidence-based contrary view.

A case in point is our most clicked-on article of 2016 – Slow and steady on medicinal cannabis. Here was a story that said nothing more controversial than “let’s not get ahead of ourselves without gathering some more data”. The accompanying poll was “bombed” by a large group of pro-cannabis advocates who rendered it pointless, so we closed it. The string of comments on the article tells a tale of how difficult it is to get a simple message through. And they’re just the publishable ones!

At MJA InSight, part of our brief is to kick-start debate via our opinion pieces, or “Views”, which are an opportunity for various experts, policy-makers and big thinkers to present their ideas and opinions – backed up by appropriate evidence, of course!

You may not always agree with those opinions, or the interpretation of the evidence, but the wonderful nature of online forums is that they allow for real-time responses via the comments section, or more considered rebuttals that can be published within a short timeframe.

Next Monday, for example, we will be publishing a View from prostate cancer specialists in response to Professor Ian Haines’ recent article, The scandal of prostate cancer management in Australia. Stay tuned.

All year long, I have had a small pink Post-it note attached to my computer monitor. It has just one word on it – persist. It’s a frustrating business, being an advocate for evidence, but it’s a task we all must continue to undertake, no matter how tin-eared the naysayers appear to be.

MJA InSight has thrived this year, I’m proud to say. Our website numbers are up by almost 28% on this time in 2015.

So, thank you to you, our readers, and also to those physicians, researchers, educators, policy wonks and leaders who have contributed their opinions and expertise to our pages. Particular thanks must go to our regulars – Dr Evan Ackermann, Dr Will Cairns, Dr Ken Harvey, Dr Simon Hendel, Dr Sue Ieraci, Professor Erwin Loh, Professor Ian Maddocks, Jane McCredie, and Dr Joseph Ting. Champions, all.

Big thanks, too, to our five journalists – Sarah Colyer, Louise Goodwin, Nicole MacKee, Charlotte Mitchell and Caitlyn Wright – who have covered a staggering breadth of topics and issues this year, have hit every deadline and generally kept their editor calm and sane. And finally, big ups to our medical editor, Dr Zoe Silverstone and our proofreading team.

Enjoy next Monday’s final edition for 2016 – it’s a cracker. Make the most of whatever summer holidays are coming to you, and may the celebrations be happy, safe and laughter-filled. MJA InSight will be back on Monday 16 January 2017, to coincide with the first issue of the MJA, so we will see you then with more news, views, evidence and debate!

Cate Swannell is the editor of MJA InSight, and is the news and online editor for the MJA. She is a journalist with 29 years’ experience.