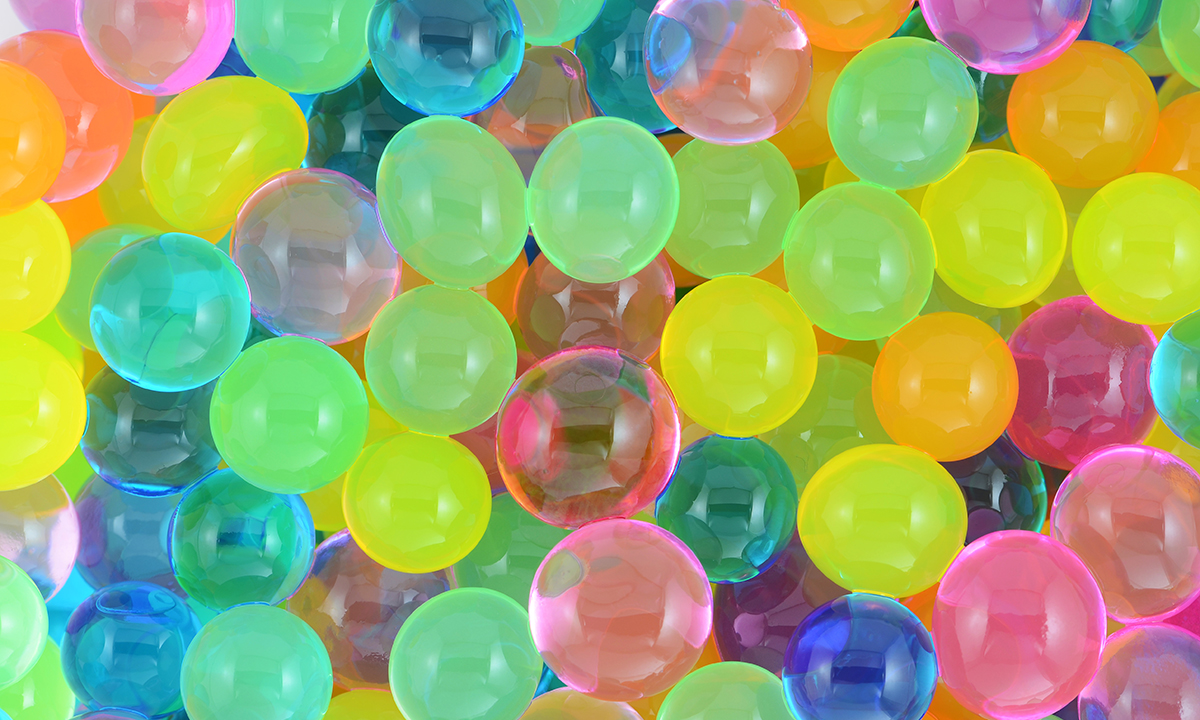 WATER-absorbing beads look like lollies, are being marketed as “sensory learning aids” for autistic children, can expand to the size of a golf ball if ingested, and are not detectable by x-rays – what could possibly go wrong?

The answer to that is that since 2004, 129 incidents involving water beads have been reported to the NSW Poisons Information Centre (NSWPIC), with 112 of those incidents occurring since 2013, according to the authors of a short report published online today by the MJA.

Water beads – also known as fairy eggs, dragon eggs, jelly beads, water orbs, hydro orbs, polymer beads and gel beads – have been marketed for decorative and horticultural purposes for several years, but their more recent use as a learning tool for autistic children has led to the exponential increase in incidents, said Dr Rose Cairns, lead author of the MJA short report.

“They are colourful and they look like lollies, so it’s no wonder that small children are putting them in their mouths,” Dr Cairns, a senior poisons specialist at NSWPIC and the Children’s Hospital at Westmead in Sydney, told MJA InSight.

Dr Cairns and her co-authors examined cases reported to the NSWPIC in which children (0–14 years old) had ingested water beads. “Fifty per cent of the patients (65) were boys, 46% (59) were girls, and sex was not recorded for five cases. Three children were documented as having autism. Most cases were managed at home, with callers advised to watch for signs of obstruction, but 16 calls originated from hospitals, while five further patients were referred to hospital,” they wrote.

“Ten children had symptoms suggesting possible obstruction (vomiting, abdominal pain, constipation) that developed between 6 hours and 5 days after ingestion … Serious complications have been reported in other cases, including water beads lodged in the jejunum or distal ileum requiring surgical removal. A 6-month-old infant with a jejunal obstruction underwent surgical removal, but developed an anastomotic leak and died of sepsis.”

In March 2015, the Australian Competition and Consumer Commission (ACCC) issued a warning about water beads.

In a statement to MJA InSight today, an ACCC spokesperson said that “between March and July 2015, the ACCC and the Australian Consumer Law coregulators conducted a national surveillance of water bead products available in retail and online stores and venues such as craft markets”.

“We also wrote to retailers to raise awareness about the hazards these products pose for small children. Following that campaign, our product safety area recently reviewed the availability of water expanding beads – we found that many suppliers now include a safety advice with their products – which is a useful step.

“However, we’re concerned that more needs to be done as data from hospital emergency departments shows that serious injuries are continuing to occur.

“The [MJA short report] about calls to poisons information is timely and it is consistent with our view – these products are hazardous and really unsuitable for small children. The commission is currently considering the next steps, and further consultation with suppliers is imminent.”

Dr Cairns said that the regulation of the sale of water beads would be difficult as they could be ordered online from offshore suppliers.

A website called Australia’s Water Bead Wholesaler markets water beads as “a sensory learning experience (not for young children)”, but also supplied a prominent warning telling parents to “keep unexpanded beads away from all children under 6 years of age (ingestion hazard), keep all water beads away from all children 3 years and under at all times (choking hazard), and close competent supervision is required at all times”.

Other websites were not so forthcoming with warnings – Autism Resources Australia, gives no warnings; another called Uniquely Awesome Kids ASD Resources called water beads “eco-friendly”, “non-toxic”, “100% biodegradable” and “colourfast”, while warning that they were a choking hazard for children aged “3+ years”.

Dr Cairns said the words “non-toxic” were being misinterpreted.

“What concerns us is that people think that ‘non-toxic’ means ‘non-hazardous’,” she said.

“Biodegradable” was also a misnomer, she said.

“They don’t dissolve and they don’t break down in the gut. If they don’t cause an obstruction, they will pass through in the faeces.

“They also won’t show up on an x-ray, so it takes other imaging modalities to find them and that makes them more difficult to find and remove.”

Dr Cairns said NSWPIC would be following up each case to better document the outcomes.

“These things are a big worry,” she said.

One thought on “Water beads an accident waiting to happen”