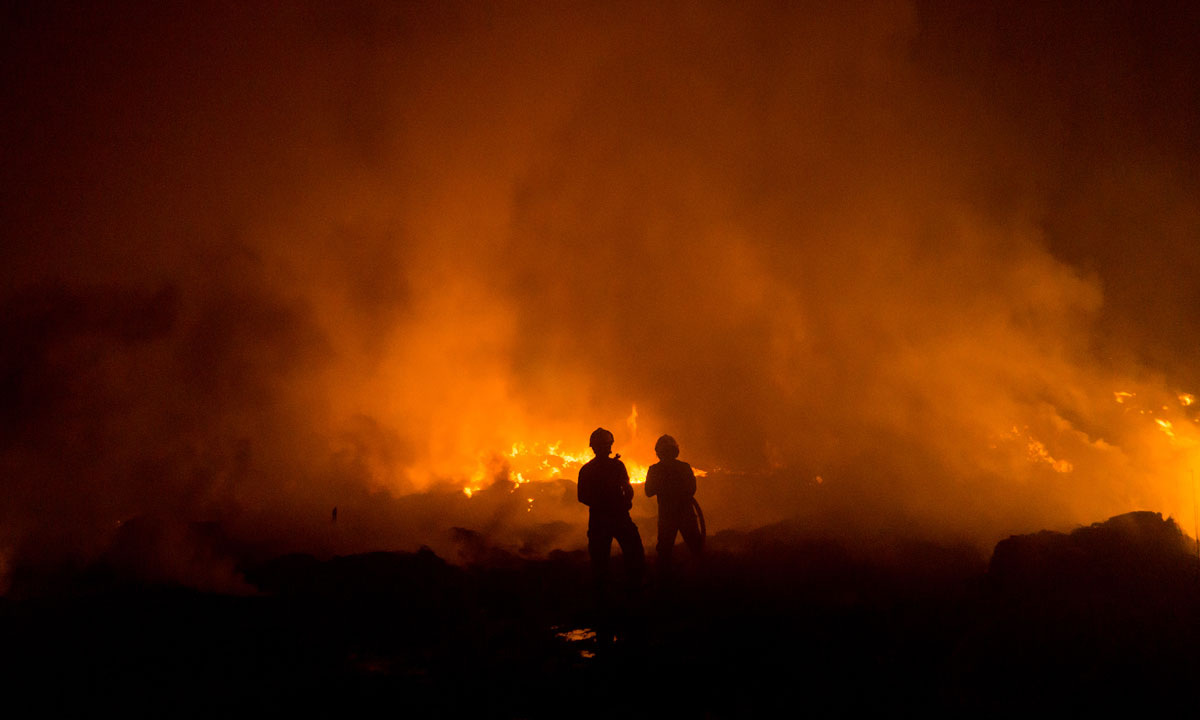 AS bushfire season approaches, the serious health effects of hazard reduction burning have been highlighted by public health experts, who are calling for improved forecasting and more collaboration between experts to reduce the danger.

Dr Fay Johnston, public health physician and senior research fellow at the Menzies Institute for Medical Research, told MJA InSight that “if you look at the data on health impacts of fires, rather than infrastructure losses, smoke often turns out to be a much bigger driver of illness and death than flames”.

“This is because smoke potentially affects many more people. It’s not a case of stopping planned burns – it’s a case of implementing them in ways that reduce the risk of serious side effects to maximise the overall benefits.”

Dr Johnston co-authored an article, published today in the MJA, which reported the health impact of smoke pollution following six particularly smoky days due to hazard reduction burning around Sydney in May 2016.

“Our study highlights the potential scale of the public health impact when smoke affects a population of nearly five million people for several days.”

Professor Bin Jalaludin, chief investigator at the Centre for Air Quality and Health Research Evaluation and conjoint professor at the school of public health and community medicine at the University of NSW, told MJA InSight that the health effects of hazard reduction burning are not well appreciated by many government agencies.

“In Australia, we are quite used to bushfires, it’s a national phenomenon that we accept happens every few years. But smoke from bushfires and hazard reduction burning both have health consequences.”

A spokesperson for the NSW Rural Fire Service (RFS) told MJA InSight that hazard reduction burning was an important tool in reducing the devastating impact of bushfires on entire communities.

“There is a delicate balance between ensuring that this important work is completed, and limiting the effects of smoke.”

Professor Jalaludin said that “it’s not that we shouldn’t be doing hazard reduction burning, but what we really need is better modelling resources and tools to predict what is going to happen so that we can reduce the smoke exposure to large populations”.

The NSW RFS spokesperson explained that modelling technology has its limitations.

“An inversion layer essentially creates a barrier that can trap the smoke and other conditions below it. As Sydney lies in a basin type environment, the smoke may stay trapped for periods of time and its effect, therefore, may last longer than current predictive modelling suggests.

“Where it’s identified that there may be a health or community impact from smoke, we consider ways of minimising those risks.”

This included changes to the times that hazard reductions are conducted and lighting patterns.

“However, it needs to be kept in mind that forecasting weather conditions isn’t a precise science and forecasts don’t always eventuate,” the RFS spokesperson said.

Dr Johnston said that planning burning programs required a huge amount of expertise, and while Australia’s fire management agencies are some of the best in the world, “no one can be experts at everything”.

“For example, to make sensible estimates of the health impacts of smoke you need to understand the toxicology of smoke, you need to know how many people will be exposed to the smoke, their underlying health status, the extent to which they have had the chance to prepare and mitigate the impacts of the exposure.”

Dr Johnston said that there will be times when “delaying a burn, or managing fuels in other ways, might be the best overall option to protect community health”.

The NSW RFS spokesperson said that the organisation was currently working with researchers, the Bushfire and Natural Hazards Cooperative Research Centre, the Bureau of Meteorology, the CSIRO and other fire agencies around the country to develop better models to more accurately predict fire behaviour, smoke levels and smoke movement, along with tools to assist with public information and how residents may be affected by smoke conditions.

Dr Johnston said that some residents are at a greater risk of being affected by smoke, and it’s not only those with respiratory conditions.

“People at higher risk from poor air quality also include those with heart disease, diabetes and the very old and very young.”

To help GPs and their patients manage health problems exacerbated by smoke, advanced notification of possible smoky conditions was valuable.

“Advance notification enables preventive medication to be used, for example, the day before possible impacts, ideally as part of a written plan, such as an asthma action plan.

“For people in higher risk groups, advanced notification also enables homes to be sealed before smoke arrives, or for planned activities and travel to be modified,” Dr Johnston said.

The NHMRC funding process is fair