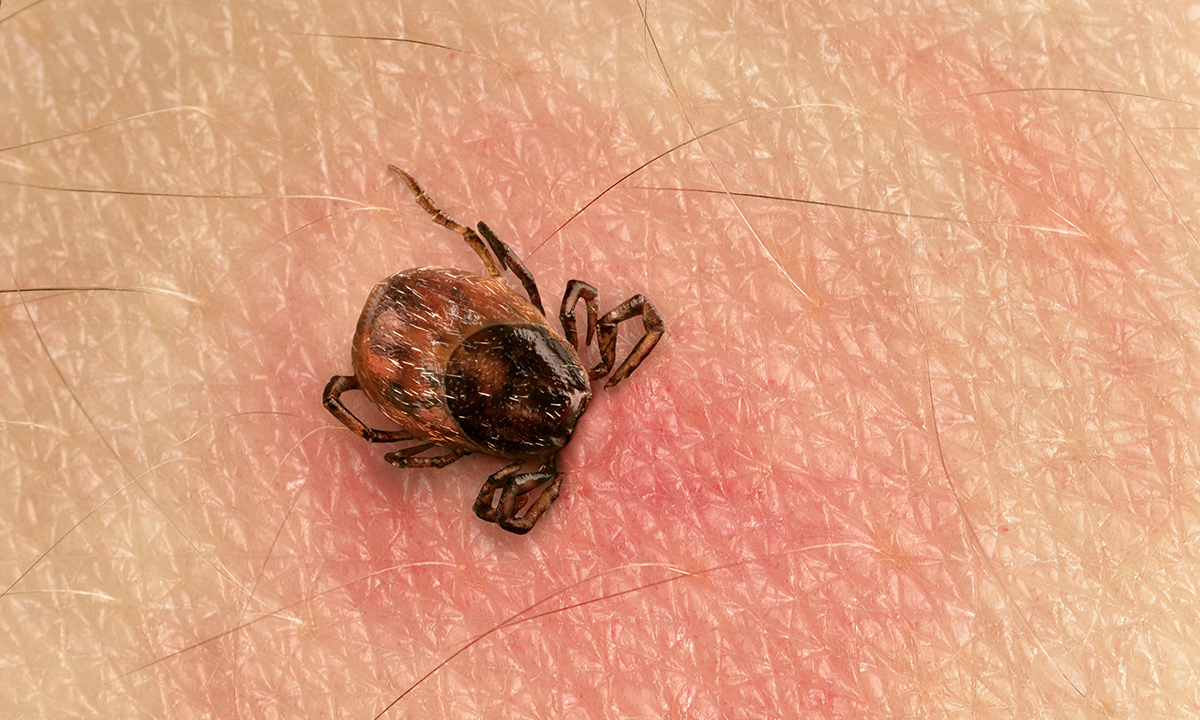 There is no locally acquired Lyme disease

INFECTIOUS disease experts have sought to set the record straight on the existence of locally acquired Lyme disease amid concerns that patients are being prescribed prolonged, often intravascular, antibiotics that the experts say could do more harm than good.

In a Narrative Review published in the MJA this week, the authors reported on a review of 5628 serological tests for Lyme disease received by a large private diagnostic clinic over a 23-month period.

Initially, 256 samples were found to be positive, but after two-tier testing with immunoassay and immunoblot, 50 samples from 43 patients were confirmed as positive. Of these patients, travel histories were available for only 37, and all had returned from countries in which Lyme disease was endemic, mostly Europe.

Lead author Professor Peter Collignon, infectious disease physician and microbiologist at Canberra Hospital and Executive Director at ACT Pathology, said there was no doubt that people were developing illnesses after tick bites.

“But the honest answer is, we don’t know why,” he said. “We have looked for Borrelia burgdorferi – which causes classic Lyme disease – and we haven’t been able to find it in any reproducible way.”

Professor Collignon told MJA InSight that false positives were common in antibody tests, and the only way to confirm existence of bacteria was to culture the microbe or detect the genome using polymerase chain reaction testing, and this had not been achieved in Australia.

He said it was possible that other unknown pathogens were causing people to develop illness after tick bites, as well as bacteria such as Rickettsia, which was known to be transmitted by ticks in Australia. He said a course of doxycycline or tetracycline was effective for Rickettsia, and could be given to these patients.

Associate Professor Josh Davis, vice president of the Australasian Society for Infectious Diseases, said that infectious disease physicians and other experts had been trying to identify Lyme disease in Australia for 30–40 years and had not found a single, proven, locally acquired case.

“It’s extremely unlikely that indigenous Lyme disease exists in Australia,” he said. “But it’s certainly possible that there are other tick-borne infections that have not yet been identified.”

Professor Davis said he had also seen many patients who had been bitten by ticks in Australia and developed non-specific illnesses.

“They think they have Lyme disease, but none of them do,” he said, adding that the only patients he had seen with confirmed Lyme disease had contracted the disease overseas.

“Of those people who have been bitten by ticks and have symptoms and illnesses, some of them, in my view, have acquired some kind of infection from the tick that we’re not able to diagnose yet, but most didn’t.”

Professor Davis said there was an increasing tendency to categorise illnesses with a constellation of symptoms – chronic fatigue, chronic aches and pains, concentration difficulties – as “Lyme-like illness”. This was concerning, he said, because it was based on an assumption that the illness was caused by an infection, and this may not be the case.

“There are a lot of people who have this constellation of symptoms and they are very real and distressing to people, so it’s very tempting to put a neat label on it,” he said.

However, he said this was leading to patients being placed on prolonged courses of high-dose antibiotics.

Professor Collignon said such therapy was likely to do more harm than good, both to society, by contributing to antibiotic resistance, and to the individual as antibiotics were often delivered intravascularly.

“Intravascular therapy kills people. People may get complications, such as clots or other infections, such as golden staph infections or Candida infections. We know that if you get those in your blood you have a 15–20% chance of dying.”

Professor Collignon said evidence from the US and Europe – where Lyme disease is confirmed – had also found that more than 4 weeks of therapy was not beneficial.

In early October 2016, the Medical Board of Australia reported that a West Australian GP, Dr Almayne du Preez, had been fined and reprimanded by the State Administrative Tribunal of WA for her treatment of a 17-year-old boy with suspected Lyme disease.

Dr du Preez referred the boy to a radiological clinic for insertion of a peripherally inserted central catheter (PICC) line for the administration of vitamins. He later developed sepsis due to the growth of Staphylococcus epidermidis in the PICC line.

Patient groups feel strongly that many in the mainstream medical profession are dismissive of their symptoms and concerns. As a result, in late 2015 the matter was referred to a Senate inquiry.

In an interim report published in May 2016, the inquiry recommended that education and awareness strategies be developed for the public (about the prevention of tick bites and seeking medical attention) and the medical profession (about the diagnosis and treatment of classical Lyme disease acquired overseas and of known tick-borne illnesses acquired in Australia). The inquiry is expected to continue.

Professor Collignon said efforts were underway to identify new tick-borne pathogens, pointing to a 2012 report of the first human case of Babesia infection in Australia, as well as recent efforts by WA researchers.

Speaking on SBS InSight in October 2016, Dr Charlotte Oskam of Murdoch University said her team had identified five new bacterial species unique to Australian ticks – including a novel species of Borrelia – but were yet to determine if the bacteria were transmissible to humans, or could cause disease.

Professor Collignon said it was important to look beyond Lyme disease, to broader potential causes of illness.

“My personal view is that we need to look at ticks and the diseases they transmit rather than focusing on Lyme disease,” he said. “Then, if we find bacteria, we have to find out if they are transmissible to people, and if they are likely to be causing symptoms.”

There also needed to be a change in the mindset of mainstream clinicians, he said.

“Mainstream medical practitioners also need to take these patients seriously. I don’t think modern scientific medicine is very good at acknowledging when we don’t know what’s causing something, and treating the patient’s symptoms on their merit and ruling out important treatable conditions.

“It’s important for us to have an open mind about other possible tick-borne pathogens, and about these syndromes of undefined illness that need further attention,” Professor Davis said.

6 thoughts on “There is no locally acquired Lyme disease”