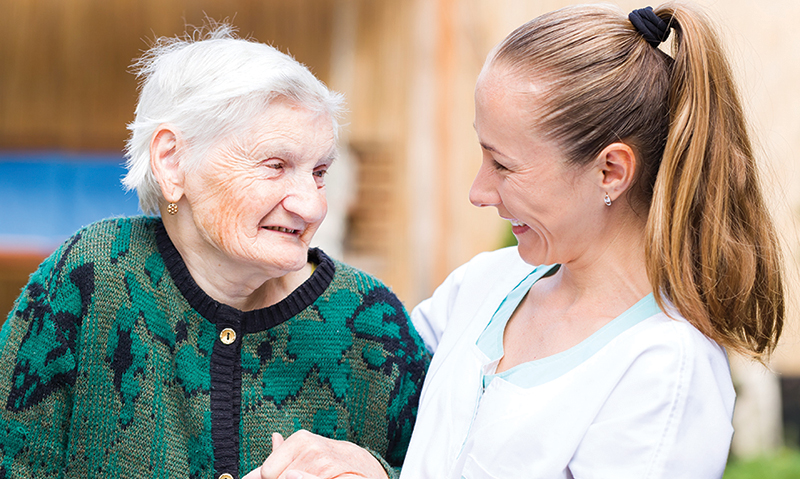 BREAKTHROUGHS are on the horizon for dementia research, but change is needed now to ensure GPs are well placed to translate these findings into practice.

Professor James Vickers, co-director of the Wicking Dementia Research and Education Centre at the University of Tasmania, said there were several studies making encouraging progress in their investigation of early intervention and imaging technologies, but the full results of these trials would not be available for another 5 to 10 years.

“[In the meantime] the number of people with dementia in Australia is going to double, even triple, in the future so we need to be looking at how to improve the care we provide and whether our facilities can really cope,” he told MJA InSight.

Professor Vickers was commenting on an MJA editorial published online today which discussed advances in dementia research and the potential of identifying risk factors for dementia. Recent randomised controlled trials that included dietary, exercise and cognitive training components had indicated that these types of interventions could improve or maintain cognition among at-risk older people.

Professor Vickers said the area of modifiable risk factors was relatively under-researched, and there needed to be more studies focusing on the impact of reducing these factors – especially the vascular risk factors of hypertension and low physical activity.

He said the results of these studies on lifestyle risks factors could prove especially helpful in improving how dementia was currently managed in general practice.

GPs were on the frontline of the dementia burden, but so far the disease had not fitted in well with the existing general practice model, Professor Vickers said.

“Even though they are seeing more patients with dementia, there is no systematic way of diagnosing it and there is no clinical register.”

The MJA authors concluded that while progress was being made in dementia research, these delays in diagnosis were a problem, as was the failure to utilise existing available resources.

They said that there needed to be a greater coordination of health service delivery systems, and that the medical profession needed to do more “to ensure that all existing and trainee practitioners are well informed about what we can do for people with dementia right now”.

Professor Vickers agreed, adding that the growing burden of dementia in Australia needed to be a greater focus of education for our future doctors.

“At the undergraduate level, there is a lot of resistance to having more focus on dementia, because they’re trying to produce generalists, and that’s fair enough,” he said.

“But this means that only geriatricians are specialised to deal with dementia, and that is a problem because there aren’t enough of them.”

Professor Vickers said this was why there must be an urgent call for action right now on dementia instead of waiting for the results of these many studies to be finalised.

“We need to really consider what we can do better right now. If we accept the general practice model is not working, we just have to find a new one that is specific to dementia.”

A key focus of research has been on two hallmarks of Alzheimer’s disease progression – the deposition of beta-amyloid plaques, and tau protein neurofibrillary tangles – the MJA authors wrote.

There have been promising results for treating prodromal Alzheimer’s disease with passive vaccines that contain antibodies which are directed against beta-amyloid, which may pave the way to treatments in the next decade that delay the onset of dementia in people with developing Alzheimer’s disease pathology, they wrote.

Professor Jürgen Götz, director of the Clem Jones Centre for Ageing Dementia Research at the University of Queensland, told MJA InSight that the MJA article highlighted the essential information that has now been collected about the role that proteins, like amyloid and tau, play in the neurodegeneration of the brain.

But he cautioned that there were gaps in our knowledge that needed to be filled before new approaches could be rolled out into practice.

“The development of tau tracers will help in differentiating diseases and getting a better handle on the actual chronology of pathological changes in a brain. But what is still lacking is an understanding of what causes sporadic Alzheimer’s disease.”

Professor Götz said work was currently underway to develop other non-pharmacological approaches to treat Alzheimer’s disease, which would offer big potential to practising clinicians in the coming years. This included ultrasound scanning techniques, designed to efficiently remove the amyloid plaques, which could ultimately restore memory in patients.

Professor Götz said that moving all of these results from bench-side to bedside in coming years would require committed cooperation right across the health system.

“I think it is important for the care sector, clinicians, policy makers and scientists to talk to each other, and be open-minded and willing to leave their comfort zone.”

Are you confident you can support your dementia patients?