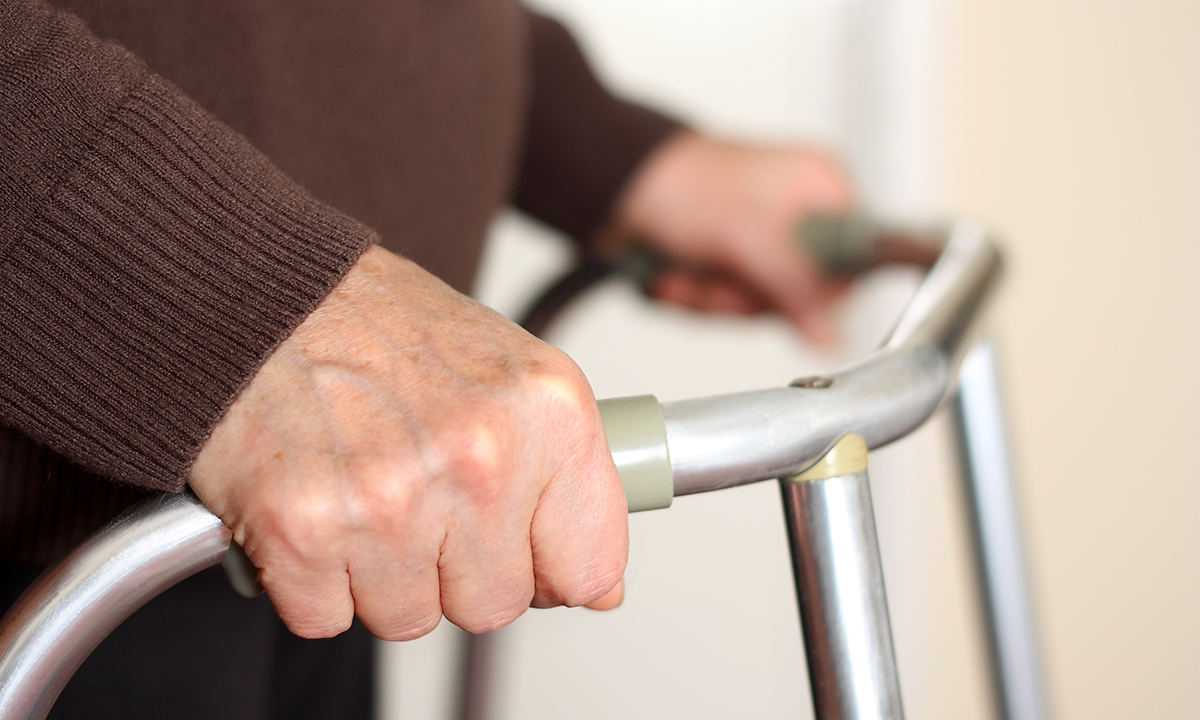 GPs urged to look out for sarcopenia

SARCOPENIA – the loss of muscle mass and muscle strength – is greatly under-recognised despite its “huge influence and importance” for a range of diseases, including type 2 diabetes (T2D), say Australian experts who urged GPs to look for it more often.

Associate Professor Alan Hayes, a muscle and exercise physiologist at Victoria University, and deputy director of the Australian Institute for Musculoskeletal Science (AIMSS), told MJA InSight that the influence of muscle mass was “as long as a piece of string”.

“In almost any disease, low muscle mass will be implicated,” he said. “For example, if a patient has a heart transplant, but doesn’t have the muscle mass and strength to do the physical activity needed to get their heart rate up, then chances are they won’t get better.

“The influence and importance of muscle is huge, and very much under-recognised.”

Associate Professor Hayes was responding to the publication of a narrative review on sarcopenia in the MJA this week.

The review authors, from Monash University’s Bone and Muscle Health Research Group, wrote that sarcopenia “may make a signiﬁcant but under-appreciated contribution to increasing the risk of T2D” due to the skeletal muscle’s role as the body’s largest insulin-sensitive tissue.

“Prospective studies have shown that low muscle mass and strength are associated with increased risk of incident T2D. Prevalent T2D also appears to exacerbate the progression of sarcopenia in older adults.”

The recent inclusion of sarcopenia in the 10th edition of the World Health Organization’s International statistical classification of diseases and related health problems (ICD-10) “[provided] impetus for clinicians to diagnose and treat sarcopenia in older patients”, they wrote.

“As people get older, they start to lose muscle strength, but nobody intervenes because they’re not looking for it. Now that sarcopenia is in the ICD-10, they have to start recognising it as a disease, as a condition,” he said.

He said that he believed it would be a good thing if GPs could include basic tests for sarcopenia as part of their patients’ regular check-ups.

“Sarcopenia is really easy to [test for] in clinical settings.

“If we wait until the patient has sarcopenia then it is much harder to intervene,” he said. “We need to intervene at the pre-sarcopenia stage, in a way similar to what we do for osteoporosis.

“When someone gets into their 40s and 50s, we start to regularly measure their blood pressure and other things. Maybe it’s time for a conversation about the most appropriate way to measure sarcopenia.”

Professor Renuka Visvanathan, a geriatrician and clinical director of the Aged and Extended Care Services at the Queen Elizabeth Hospital in Adelaide, told MJA InSight that research about and awareness of sarcopenia was “where osteoporosis was a decade ago”.

“Muscle health is every bit as important as bone health and adiposity,” she said.

One problem was the lack of consensus about the definition of sarcopenia, she said.

“The definition needs to be population-specific. What constitutes sarcopenia is different for different ethnic groups, for example. Sarcopenia is about low muscle mass and muscle performance. You can’t look at only one of those and call it sarcopenia.”

Professor Visvanathan, who is also director of the University of Adelaide’s Geriatrics Training and Research with Aged Care Centre, was cautious about asking GPs to do more screening for sarcopenia, saying that they would need to be provided with the necessary tools in the form of standardised tests which were easy to apply in a primary care setting.

“Bone densitometry (DEXA) is hard to access. There is a simple questionnaire that can be applied, and some research has tried to predict sarcopenia using height and weight – none of them are 100% accurate,” she said.

“It is possible to make a diagnosis, but we need to firm up the ideal way before we write guidelines.”

Hand grip-strength testing suffered from a lack of standardisation, she said.

“Some people say the patient’s hands should be at 90 degrees, some say hands by their sides – readings will be different. Different machines give different measurements.

The MJA narrative review authors wrote that “lifestyle modiﬁcation programs for older adults with T2D, particularly for those with sarcopenia, should incorporate progressive resistance training, along with adequate intakes of protein and vitamin D, which may improve both functional and metabolic health and prevent undesirable decreases in muscle mass associated with weight loss interventions”.

“As some older adults with T2D have a poor response to exercise, clinicians must ensure that lifestyle modiﬁcation programs are appropriately prescribed, regularly monitored and modiﬁed if necessary.”

Professor Visvanathan agreed, saying that a focus on protein and exercise was a “good public health message anyway”.

“If you see your patients slowing down and getting weaker, you would tell them to do those things anyway.”

Professor Gustavo Duque, director of AIMSS and a geriatrician and academic at the University of Melbourne, told MJA InSight that he agreed that GPs had a big role to play in recognising and managing sarcopenia in their older, frailer patients.

“This is very important. Falls, muscle weakness and functional decline are the most important indicators for sarcopenia.

“GPs don’t usually have access to a dynamometer or to body composition analysis at their practices [but] there is agreement that gait velocity is the best method to identify sarcopenia in general clinical practice. This test is easy to perform and provides valuable information.

“A second practical test that could be performed at a general practice is the sit-to-stand test. If we combine both of them and the results are indicative of poor muscle function and strength, then a further assessment by DEXA and grip strength is recommended, especially in older patients who have a fall or in frail older persons.”

Professor Duque agreed with the MJA authors that protein and vitamin D were important components of any intervention for sarcopenia.

“Both are the only non-pharmacological interventions (in addition to exercise) with a direct effect on sarcopenia. The authors did a very good job reviewing the current evidence on this subject.

“Resistance training is a good intervention, but unfortunately it is not as effective in patients with diabetes as compared with older persons who don’t have diabetes. However, few studies have looked specifically at the effect of exercise on patients with sarcopenia and diabetes.”

The 1st Australia and New Zealand Conference on Sarcopenia and Frailty, hosted by the Australian Institute for Musculoskeletal Science, will be held in Melbourne on November 11 and 12.

2 thoughts on “GPs urged to look out for sarcopenia”