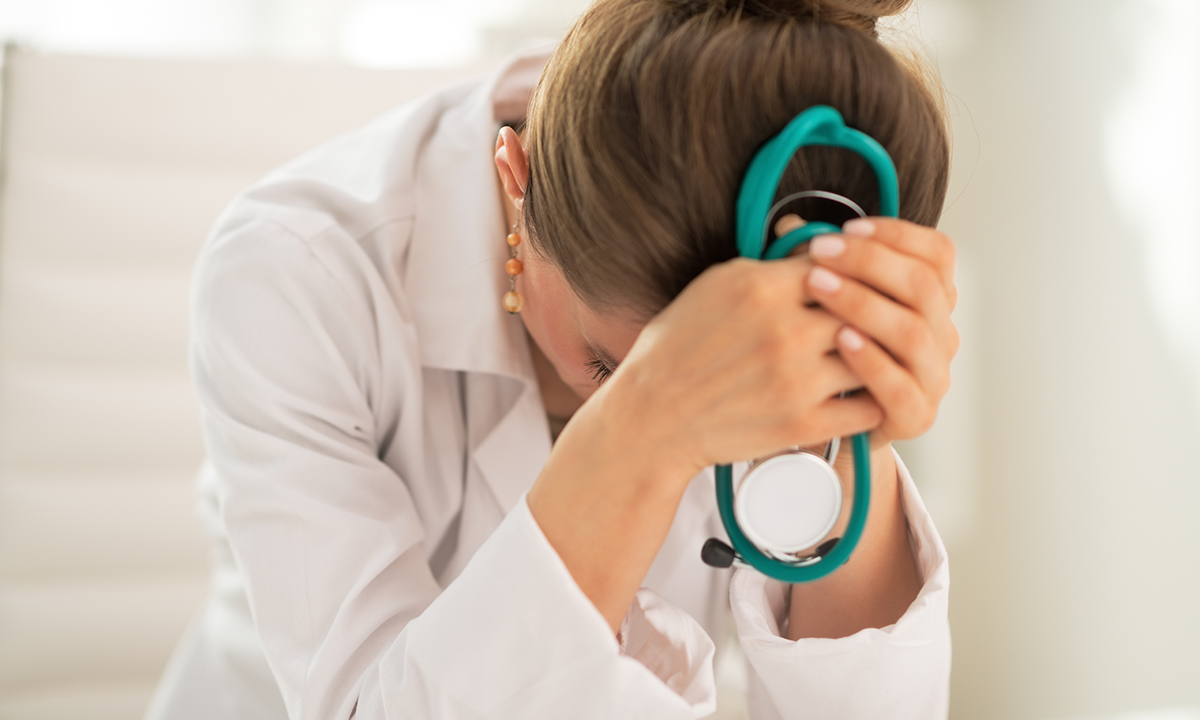 A STUDY of suicide in the health professions is a pertinent reminder that those providing care for others are not only at risk of mental health issues themselves, but might also be more reluctant to talk about it.

The study, published today in the MJA, also highlights that certain groups, including women in both the medical and nursing professions, as well as men in the nursing profession, have a higher suicide rate than their peers working in non-health care occupations.

“What is remarkable and depressing is the continued elevated rate of suicide among female doctors, whereas with male doctors, you don’t see this pattern,” Dr Milner said.

The study collated nationwide data regarding cause of death and basic demographic information from the National Coronial Information System, and compared it with population-based data from the Australian Bureau of Statistics.

If you or anyone you know needs help please contact:

Dr Milner said that the explanation for these elevated levels among female health professionals could relate to gender and workplace dynamics, as well as more recent revelations of the systemic bullying of junior doctors in specialist training, though she added that this was speculative given the absence of in-depth research.

“I suspect that the issues people were writing about 15 years ago in regards to the gender challenges females face in medicine haven’t really gone away.

“There are also issues around the double pressure women face as carers both within and outside of the medical profession – this really needs some further attention,” she said.

“Could it also relate to the fact of discrimination or bullying? I would say all of these things are a likely part of this explanation.”

Dr Milner said males nurses were also not immune to the strictures of gender, which could help explain the higher rates of suicide among this group compared to males in the broader workforce.

“The idea that men are working in a traditionally female occupation and aren’t able to express their traditional traits of hegemonic masculinity as men in other occupational groups has been put forward,” Dr Milner said.

“I would speculate, based on previous research, that it has to do with working conditions; male nurses have lower job control with a higher job demand. Male doctors also have long working hours and high job demand, but they also have a lot more control over their work – such factors are very much protective in the workplace.”

Dr Milner said the study also made a case for the link between access to lethal means, such as prescription drugs by medical practitioners and some nurses, and elevated suicide rates.

Emeritus Professor Robert Goldney from the University of Adelaide said that focusing on the low-base rate data and the subsequent calculation of a suicide rate could be misleading. In his editorial for the MJA Professor Goldney wrote:

By comparison, more than 2000 suicides are recorded each year in Australia.

“Even one suicide is too many, but the most important take-home message is that doctors and health care professionals aren’t immune to mental disorders, substance misuse and suicide,” Professor Goldney told MJA InSight.

“People in the health professions must be aware that they are susceptible to the same sorts of problems that everyone is susceptible to, and they often need to heed their own advice about seeking help.”

Since 2010, laws in Australian states and territories require health practitioners to report notifiable conduct, such as an impairment that could place the public at risk of harm, to the Australian Health Practitioner Regulation Agency.

“Reporting is deemed mandatory if the person is not able to cope, so that may well be a factor,” Professor Goldney said.

“There’s a fear that seeing someone about psychological problems could be perceived as a sign of weakness. While mandatory reporting doesn’t arise terribly often, it would be very interesting to study to see if this played a role.”

In a podcast with MJA InSight, Dr Milner said the perceived threat of mandatory reporting laws and the effect this might have on the help seeking behaviour of health professionals needed to be addressed.

“Anything that stops people from disclosing suicide or feeling comfortable about the fact that they need help is a problem, and may play a role,” she said.

“I do see it as being problematic, and potentially contributing, but I don’t know because the data can’t tell us that.”

General practitioner Dr Karyn Alexander said that medical professionals could be reluctant to discuss mental health issues given concerns it might have consequences on their career.

“People may feel they will be criticised if it’s found they have a mental illness, or that they’re not adequate for the job,” Dr Alexander said.

“We need to ensure that support services and mechanisms for confidentiality are in place.”

A podcast with Dr Allison Milner is available here.