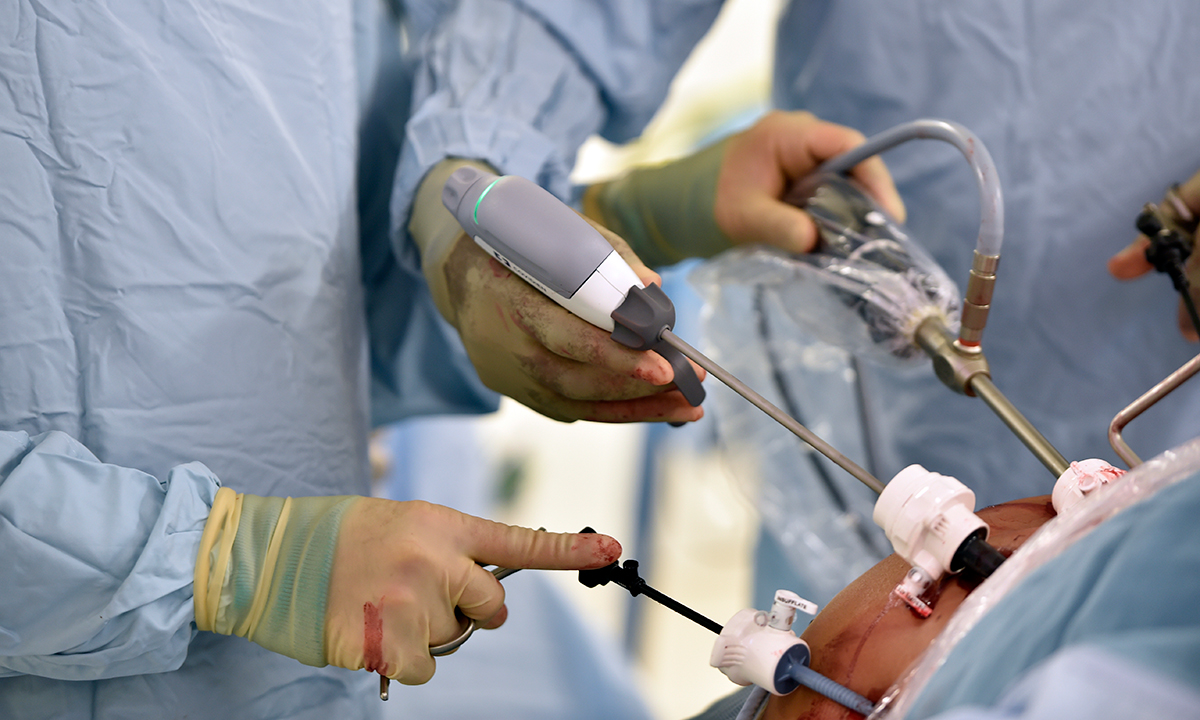 OVER 15 000 bariatric procedures will be performed in Australia in 2016 alone, at a direct cost of over $225 million, yet “there are no evidence-based guidelines directing who should be offered this surgery, nor are there any long term community data documenting its safety and efficacy”, say experts.

The Bariatric Surgery Registry (BSR), set up in 2009 to fill these knowledge gaps, was being hampered by burdensome ethics review and approval processes, according to the authors of a Perspective published in the MJA today. With 164 hospitals now undertaking this surgery, gaining human research ethics committee (HREC) approval at each site was challenging.

Co-author, Professor Ian Caterson, Boden Professor of Human Nutrition at the University of Sydney, told MJA InSight that Australia should follow in the footsteps of the United Kingdom.

“In the UK they have a national agency for this, so if there’s a national project like a registry, you can go to this agency and they can give broad approval.

“We need to have a system here where it’s acknowledged that the National Health and Medical Research Council or the Department of Health, or whoever they may be, is a national agency. And if they consider this to be a national project, then they can give that broad approval.”

In the MJA, Professor Caterson and lead author Professor Wendy Brown wrote that “the lack of a consistent process for obtaining HREC approval across multiple sites for these quality and safety initiatives creates cost and slows implementation.”

They called for a bespoke national process for HREC review for clinical quality registries, like the BSR.

Professor Brown, chair of surgery at the Alfred Hospital, and clinical lead of the BSR, said in an MJA podcast that the official guidelines for bariatric surgery had not been updated since the early 1990s.

“There is a need to monitor and track our outcomes to ensure that we are doing the right thing for patients.

“There have been a number of trials that suggest that we should be offering surgery to people with a body mass index of 30 to 35, if they have comorbidity that would be improved [by the surgery].”

However, Professor Brown said that this was not reflected in the official guidelines.

She said that the main distinction between registries and clinical trials in terms of processes was that “with registries, what we’re doing is collecting whole of population data”.

“So it’s critical that we get around 95% of the baseline procedures enrolled. We are holding identifiable data which is sensitive, and under Australian privacy laws, quite rightly, we need to seek patients’ permission to hold their information.”

She said that typically, clinical trials were held at a few different sites and that ethics approval could usually be done under mutual recognitions.

With registries, however, “when you go into 164 ethics committees, it becomes quite burdensome”.

“Fortunately a large number have started to recognise other ethics committees’ approvals, but there is still a challenge when you’re trying to roll something out nationally,” Professor Brown said.

With bariatric surgery burgeoning in Australia, Professor Caterson said that it was important for GPs to be across the process.

“For the GP, if a patient comes in asking about bariatric surgery, then that’s a good thing. It allows a conversation with the GP about it.

“And yes, it is successful but it’s not like a patient can just walk in and get it done the next week. They’ve got to work at restricting their eating and a whole range of other things.

“A patient can prepare for it, but it’s still a lifetime of work after the surgery,” Professor Caterson said.

Professor Brown said that there was starting to be a shift in how obesity was viewed.

“The more we learn about it, the more we realise that the difficulty in losing weight is physiological. It’s like, years ago we thought depression was because people needed to buck themselves up and get the black cat off their shoulder,” she said.

“Now we’re realising there are a lot of chemical imbalances in their brain and that we can help people with depression with drugs and therapy – a multidisciplinary approach. And that’s exactly the same with obesity.”

Professor Brown said this was a “hot topic” in bariatric surgery and predicted that, in the future, there were going to be new medications that could be added to the surgery to control appetite.

“There’s no other disease that we hit on the head with a hammer, so why are we trying to do it with obesity?”