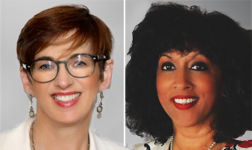 IN the current climate of heated debate around childhood vaccination and “no jab no play” laws, it is easy to lose sight of society’s other disease-vulnerable group: the elderly.

In fact, with vaccination rates significantly higher in infants than in their grandparents – despite free vaccines being provided for both groups – it becomes painfully clear just how neglected this aspect of their health is.

The role of health providers is critical.

Provider attitudes are one of the most powerful determinants of immunisation. If a doctor doesn’t recommend it, it often doesn’t happen. The most common response given by elderly patients when asked why they haven’t been vaccinated is “because my doctor never told me”.

Why this is happening is complex. The lack of an adult immunisation register has certainly played an important part, and the roll out this year of the whole-of-life immunisation register is anticipated to remove some barriers, simply by making it easier for GPs to track whether their patients are vaccinated or not.

However, much of the poor uptake is simply down to negative health provider attitudes. Vaccines in patients over 65 just don’t work that well, so why bother, they may think.

While it is true that cell mediated immunity wanes exponentially after the age of 50 years, the real question is, does it really matter? A vaccine waning to unacceptably low levels in 10 years is important if you have 80 years ahead of you, but less so if you’re looking down the barrel of 10. Besides, most vaccines have acceptable efficacy in the elderly, and novel research and strategies can improve vaccine immunogenicity in the elderly.

We also need to rethink our understanding of vaccine efficacy.

Vaccinologists think of vaccines as poor if efficacy is less than 80% and totally unworthy if under 60%. But compared to other accepted preventive public health strategies, elderly vaccinations fare well. Statins have an efficacy as secondary prevention of approximately 25% and yet are accepted worldwide. Vaccines in the elderly are as good as statins in terms of public health impact.

Efficacy is also not the whole story. With so many of the elderly affected by vaccine-preventable diseases, even a vaccine of modest efficacy results in lives saved. Vaccines also may have additional benefits such as prevention of heart attacks (flu vaccine).

And there are so many reasons to keep our seniors in good health.

Around a third of working mothers have a grandparent helping with childcare, exposing them to a much higher risk of disease transmission from young to old. Infections like whooping cough can be lethal to infants, many of whom are cared for by grandparents. And it’s hard to care for a sick child when you’re sick yourself.

We also expect older Australians to stay in the work force a lot longer and have high expectations of their ability to perform. Vaccinations can significantly reduce the number of sick days. Better for employers and employees alike.

And finally, we get down to money. Being sick costs the economy. Being hospitalised cripples it. In the past year, Australia racked up tens of millions on vaccine-preventable hospitalisations. Older Australians made up a large proportion of these. Looked at in this way, vaccines should be seen as an investment, rather than a cost.

But the most important reason to vaccinate the elderly is because our seniors have a right to health and to be able to do what they value. They have a right to avoid getting sick when there are safe, cost effective ways of doing so.

We should reflect on why there is an immunisation gap in rates of vaccination for free childhood and elderly vaccines.

That’s why the International Federation of Ageing is making vaccination of people over 65 one of its global priorities for 2016 and beyond, seeing it as one of the most essential, accessible tools to support healthy ageing.

So let’s pick up the challenge here in Australia and start setting some goals around improving vaccination rates in the elderly.