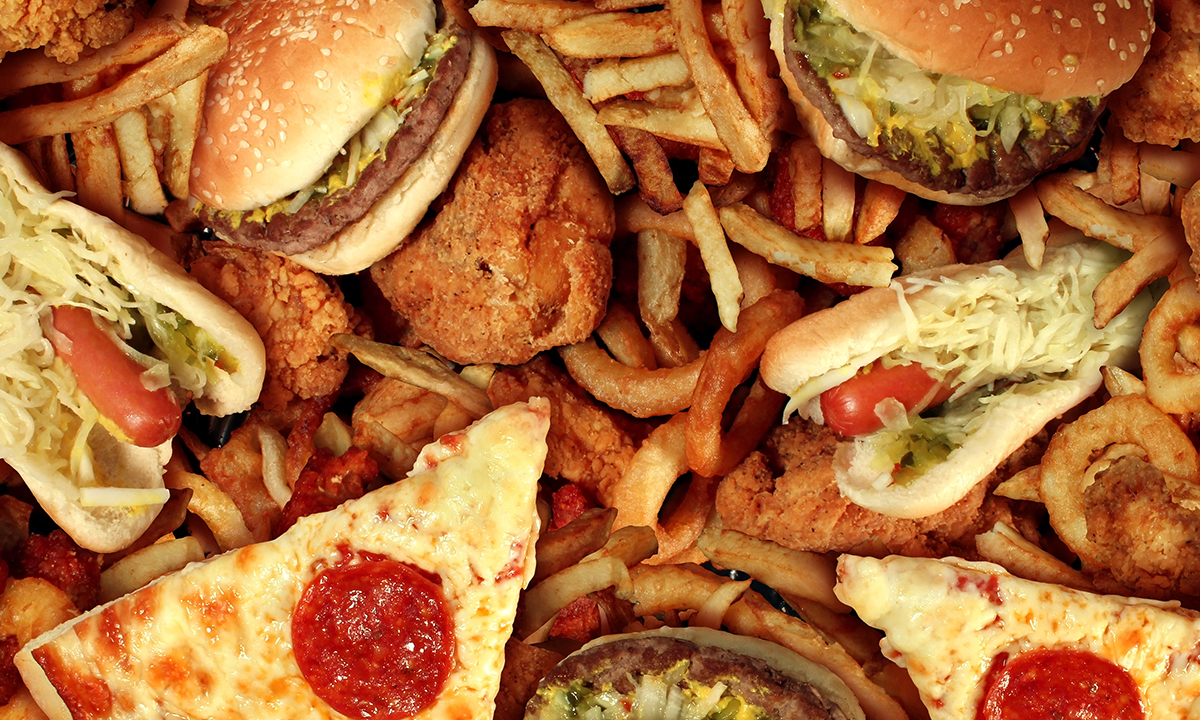 Writing in the MJA this week, Dr Stanton said that Australia’s 2013 dietary guidelines had highlighted the importance of whole foods, rather than individual nutrients, but that the food industry had continued to increase its range of highly processed foods with “added vitamins, minerals, protein concentrates, omega-3 fatty acids, prebiotics and probiotics”.

“The subtle message accompanying such products is that it is safe to eat more,” Dr Stanton wrote. “Messages to eat less go against the grain with those whose profits depend on us consuming more.”

Dr Stanton, a member of the National Health and Medical Research Council’s Dietary Guidelines Working Committee, said that adding nutrients to highly processed foods was an attempt by manufacturers to give the products a “health halo”.

“People buy junk food breakfast cereals on the basis that ‘at least they contain vitamins’, even though it’s extremely unlikely that anyone lacks those vitamins,” Dr Stanton told MJA InSight.

The Australian Bureau of Statistics estimated that only 5.5% of Australians consumed adequate amounts of fruit and vegetables in its 2011–2013 survey, and Dr Stanton said it was unlikely that there had been any improvement since the guidelines were introduced in 2013.

Dr Stanton wrote that nutritionists worldwide were recommending changes in eating patterns, rather than a diet including nutrient-enriched processed foods. She pointed to “direct” guidelines recently adopted in Brazil – which advised eating in company, avoiding fast food chains and being wary of food marketing – as an approach that “could reduce [our] consumption of junk food and help solve our obesity crisis”.

Dr Stanton told MJA InSight that the World Health Organization was looking at this approach and, in time, it could be adopted here.

“It’s certainly what public health groups recommend, but food companies are very much against it. They like to concentrate on nutrients because they can add nutrients to low-quality foods, charge more and promote them as healthy.”

Professor Clare Collins, a spokesperson for the Dietitians Association of Australia, agreed that increasing the range of vitamin-fortified highly-processed foods would not solve Australia’s unhealthy eating crisis.

Professor Collins, who was involved with the literature review informing the updated 2013 Australian Dietary Guidelines, said an addition was the recommendation to include a bigger variety within the food group of vegetables, fruits, wholegrains, lean sources of protein and dairy products, in the hope that this would boost consumption.

But, she said, energy-dense, nutrient-poor foods still accounted for around a third of Australian adults’ dietary intakes and about 40% of children’s diets.

“These are foods that don’t even make it to the plate in the Australian Guide to Healthy Eating,” she said.

“We don’t need the plethora of products that we have and Rosemary is right – just adding a whole bunch of vitamins and minerals to something that is essentially a junk food in order to get a few more stars is not the way to go,” she said. “It just confuses people.”

Professor Collins said that a national education campaign was needed to “operationalise” the guidelines and to help people make the healthiest possible choices.

“In an ideal world, people would eat zero highly processed foods, and that isn’t going to happen. But if we could at least shrink it, then that would go a long way towards improving people’s health and their sense of wellbeing. While I personally do think we need to have some healthier choices within the processed foods category, there are plenty of foods you can simply live without.”

Professor Sandra Capra, who was also a member of the guidelines working committee and is a professor of nutrition at the University of Queensland, agreed that encouraging the food industry to provide healthier convenience foods could be part of the solution to a very complex problem.

“We have more money, food is very cheap, we have no leisure, we’re deskilled and I think what that does is it leads to people eating more convenience foods – food that is cut up, semi-prepared, like jars of sauces,” she said. “We have lost contact with our food.”

While Professor Capra said that adding vitamins and minerals to poor-quality foods was not the answer, it was important to recognise the health benefits of some food fortification initiatives, such as fortifying flour with folate and adding iodine to salt and flour.

“If Australia just said, ‘no more vitamins and minerals should be added to foods’, it would actually be a real problem,” she said. “But the idea that you can eat whatever you like and take a multivitamin is not going to work.”

Professor Capra, who is professor of nutrition at the University of Queensland, said that the food industry had an opportunity to provide healthier convenience food options for time-poor Australians, but she added that Big Food had often behaved in a manner similar to Big Tobacco and sought to undermine the science behind dietary advice.

In late 2015, the federal government launched the Healthy Food Partnership to draw together health and food organisations to develop plans to improve Australia’s dietary intake and tackle obesity. The Dietitians Association of Australia has taken part in discussions alongside other health and food industry groups.

Dr Stanton said such an initiative would only be effective if it was independent of the food industry.

“It’s vital to set parameters without the food industry involvement or they just see it as an opportunity to market products. We need fewer processed products, not more,” she said.

Professor Collins said that the initiative was in its early days, but it was important to have the non-government agencies, government organisations and the food industry talking.

“If you want the food supply to be made healthier, you must include the food industry in the discussions,” she said.