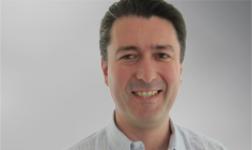 THERE’S a flotilla of ice-breaking campaigns to thaw the Ley-Turnbull Medicare rebate freeze. Plenty has been said about the consequences for patients and practices.

Given our Health Minister’s love of freezing, I propose five areas that are more amenable to lifelong ice.

Unlike Medicare rebates, AHPRA fees continue to rise without any apparent need, return on investment or benefit to doctors. AHPRA charges fees approaching those of colleges and professional associations – however, we cannot see where the money goes.

AHPRA’s intrusion into our daily practice appears to be headed for deeper waters with the issues of recredentialling and declaration of all legal settlements their next targets. Before AHPRA rolls out such programs, it would be useful to see evidence of its utility.

It is little wonder that the Health Professionals Australia Reform Association has formed.

There are simply too many medical schools and too many medical students in Australia; graduate numbers have more than doubled over the last two decades. Training and jobs are in short supply for young doctors. Many practising doctors are underemployed.

Every week I am receiving letters from new specialists seeking my GP referrals. When I started in general practice 20 years ago, I would be lucky to get a couple such letters per year. This is a reflection not only of numbers, but also that the new specialists aren’t getting enough work.

With so many students and junior doctors, one has to be concerned about clinical experience becoming diluted and as a result, standards may drop. Conclusion: the Australian public will suffer.

No longer does a medical degree equip us to practise independently. Let’s hope fellowships of the colleges don’t follow suit.

Since private health funds have listed on the stock market, there has been a clear tendency towards managed care. Even a casual glance across the Pacific Ocean will tell us that is dangerous territory.

Rather than redistributing contributions for the sick and needy, many funds now have to factor profits and expensive executive salaries. To do this, the funds need to drive down patient services and doctors’ incomes – it’s pretty simple, really.

It makes me very nervous seeing the Royal Australasian College of Surgeons co-branding with Medibank Private. This may need more than a freeze – it may need a burial and funeral too!

I doubt anyone knows the exact figure; however, PHNs suck up a good percentage of the primary care budget in Australia. This could be in patients’ rebates. Need we say more?

Now in their third iteration (divisions of general practice, Medicare Locals prior), I still see them as solutions in search of problems.

The expensive offices, computers, corporate uniforms, cars and conferences are all very visible. The better patient care and access to services is not so visible.

Wherever I mix with GPs – both in rural and urban areas – the consensus appears to be one of frustration about the PHNs’ lack of engagement and top-down approach. There appears to be a lot of administrative personnel and not much clinical personnel. Instead of helping GPs, the PHNs appear to be creating more paperwork for GPs.

The rebate stays flat, but staff wages, insurances, AHPRA and college fees and consumables all continue to rise. It is little wonder fewer young doctors opt for practice ownership. Wouldn’t it be interesting to see the reaction to a 5-year freeze of nurses’ wages or hospital administration wages? Or that of politicians…

So there you have it, Minister! Five better things to freeze! Would you like cubes or crushed?!