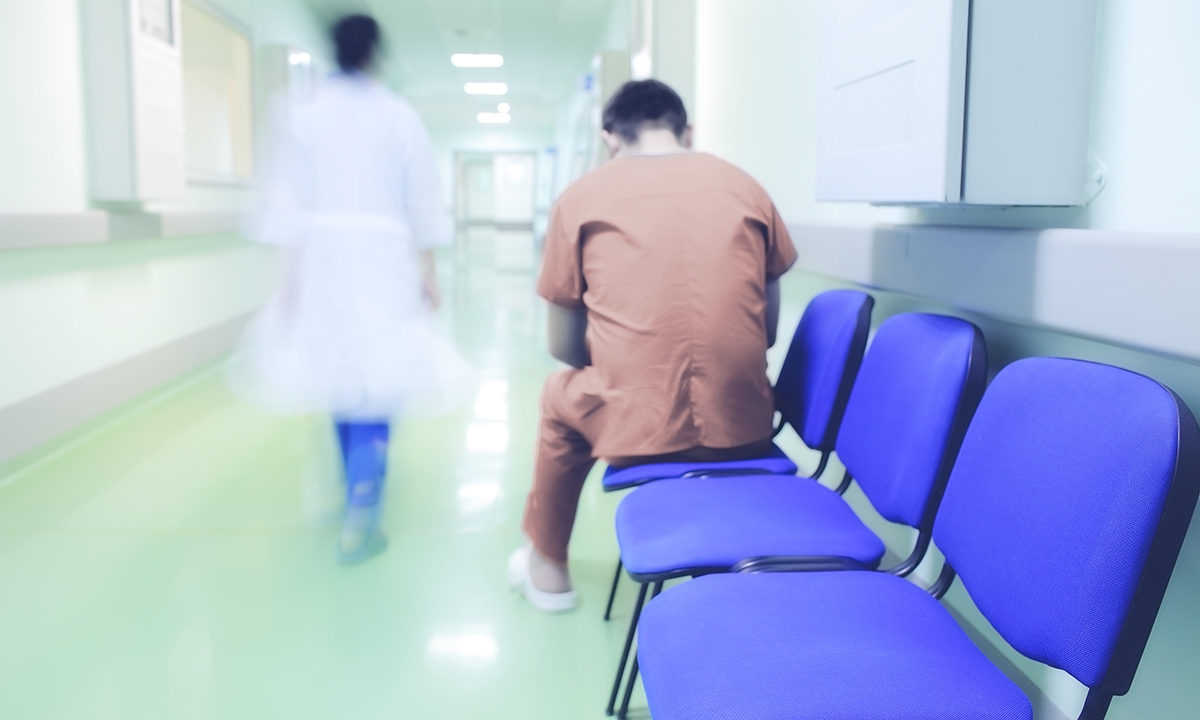 PATIENT suicide can cause significant emotional distress to doctors, who are being encouraged to seek out support after UK research found that many doctors experienced guilt and grief in the aftermath of these tragedies.

Professor Garry Walter AM, Foundation Medical Director of the Doctors’ Health Advisory Service (DHAS) in New South Wales, said that the suicide of a patient would always have an impact on treating doctors, only the extent of the impact would vary.

He said that the first step for clinicians was not to ignore the impact of the suicide of a patient.

“A combination of informal and formal networks will often be sought after a patient’s suicide. The former may include members of one’s own family and professional colleagues. Often, this will suffice, but if the suicide is totally unanticipated or not the only recent patient suicide or if the doctor is experiencing other stressors – family or work-related – these informal networks may prove insufficient,” Professor Walter said.

In these instances, he said, speaking to a service like the DHAS could be “crucial”.

“The DHAS may well have an important role by providing a forum in which the affected doctor can voice the effect of the suicide on them and, where necessary, by helping to arrange a referral to a health professional, such as a GP, psychologist or sometimes a psychiatrist.”

The UK researchers interviewed 198 GPs, and found that 131 GPs (66%) had been affected by patient suicide, reporting feelings of grief, guilt and self-scrutiny. About 54 GPs (27%) said that they sought out support informally from peers and colleagues.

Earlier this year, the Australian Bureau of Statistics reported that the suicide rate had increased to 12 deaths per 100 000 people in 2014 – the highest rate since 2001. It’s a statistic that is keenly felt in rural Australia, where the suicide rate is 66% higher than in urban areas.

Professor Walter said that the risks may be heightened for doctors working in isolated circumstances – whether that is in solo practices or in remote locations.

Dr Molly Shorthouse resigned from her position as a rural generalist in Nhulunbuy, Northern Territory, in the aftermath of a cluster of youth suicides in the remote community in 2011.

While none of the youths had been patients of Dr Shorthouse, she had looked after their grieving families and the cumulative stress of these consultations took a heavy emotional toll on her.

“I didn’t seek any help and I think that’s a big issue because nurses, doctors and ambulance officers all have this sense that we should be able to cope,” Dr Shorthouse told MJA InSight. “But it just adds up, piece by piece by piece, and you end up with an episode of trauma really, without quite realising it.”

At a breakfast meeting for federal politicians in Canberra earlier this year, Dr Shorthouse described the intensity of her experiences as a GP in the remote East Arnhem Land community.

She told the gathering that it was in part due to the release of the Black Dog Institute’s guidelines on post-traumatic stress in emergency workers, that she realised that her reaction after the suicides had been more than just burnout.

“I had underestimated the intensity of providing mental health services to rural and remote communities. You often hear things that no one else hears. In the case of childhood sexual abuse, it can be descriptions that are so distressing you need to open the door and stand outside when the patient leaves the room, trying to stop the waves of nausea,” she wrote in her notes for the meeting.

Associate Professor Morton Rawlin, Chair of the Victoria Faculty of the Royal Australian College of General Practitioners (RACGP), said that just as dealing with a patient suicide could take an emotional toll on a health practitioner, so too could other difficult situations, such as advising a patient of a life-threatening diagnosis.

“We need to encourage GPs and other health professionals to seek assistance and not to try to do it all on their own,” Professor Rawlin told MJA InSight. “It is appropriate to talk about how difficult work is and to have a formal or semi-formal mechanism in place so you can have those sorts of conversations. Some practices set that up within their practice, but mostly it’s up to the individual practitioner.”

Professor Rawlin said some GPs accessed formalised support networks like Balint groups or had regular contact with a GP or psychologist, while others might just confide in colleagues. He said GPs could also access support via the RACGP and the medical boards.

“It’s okay to say, ‘I actually need to talk to somebody about this so it doesn’t keep eating away at me’. It’s much better to deal with it earlier rather than later,” he said, adding that a clinician’s distress could also have an impact on their family.

After leaving her Nhulunbuy position, Dr Shorthouse spent several years in Hobart where she completed further training in emergency and child and adolescent psychiatry. In 2014, she returned to East Arnhem Land.

Dr Shorthouse said that the mental health training, as well as drawing on the knowledge of Aboriginal health workers and Elders, had helped her to be better prepared to deal with the community’s mental health needs and to feel more resilient.

However, Dr Shorthouse said that further support was needed and called for national funding for rural and remote doctors to do mental health upskilling and for more health professionals to be trained in recognising “vicarious trauma”.

“I have become really conscious of watching my colleagues and providing education at the hospital and teaching everyone how to recognise vicarious trauma,” she said, noting that the Blue Knot Foundation provides training for health professionals.

Doctors get adequate support when a patient suicides

2 thoughts on “Coping with patient suicide”