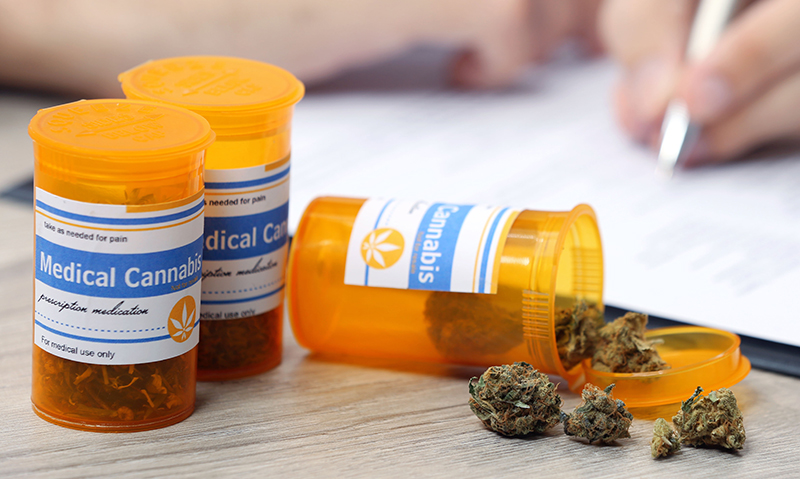 Slow and steady on medicinal cannabis

THE importance of building a solid evidence base for the role of medicinal cannabis products must not be lost in moves to make the drug more widely available, say researchers.

In a Perspective published online by the MJA today, researchers have called for “considered management” in the wake of federal reforms to enable the cultivation of cannabis for medicinal and scientific purposes in Australia.

Sussan Ley, federal Minister for Health, described the federal legislation as the “missing piece” in the supply of cannabis to patients.

However, the MJA authors said many questions were yet to be answered, including efficacy, safety, dose, storage, and the bioavailability of the various cannabinoids via different administration routes.

Lead author Professor Jennifer Martin, chair of Clinical Pharmacology at the University of Newcastle, said that there was a general perception of medicinal cannabis as a panacea for a whole range of ills.

“The overriding desire to have cannabis available has meant that this has gone much more quickly than it would for other therapies,” said Professor Martin, who is involved in the New South Wales Health-funded medicinal cannabis trials.

“The enthusiasm for a new drug needs to be tempered with a bit of evidence and a bit of reality. We probably just need to go slowly until we learn how to use it.”

Writing in the MJA, the authors said that the legislation was a significant move for medicinal cannabis users – who can gain access to an unapproved product via schemes such as the Therapeutic Goods Administration (TGA) Special Access Scheme or under the Authorised Prescriber Scheme – without cultivating the drug or importing it illegally. The reforms would also streamline access to cannabis for researchers, they said.

In February, federal Parliament passed amendments to the Narcotic Drugs Act 1967 to allow controlled cultivation of cannabis for medicinal or scientific purposes through a single national licensing scheme. Alongside this move, an interim decision was made in April to down-schedule medicinal cannabis to Schedule 8 (controlled drugs) from Schedule 9 (prohibited drug).

A spokesperson for the federal Department of Health said: “This scheduling interim decision complements the amendments to the Narcotic Drugs Act … and aims to simplify access for those qualified for such access, while keeping appropriate controls in place to prevent these products from being diverted to illicit uses.”

Professor David Penington, former head of the University of Melbourne medical school and university vice-chancellor, said that the MJA article brought the issue into the consciousness of the medical profession, but failed to acknowledge Commonwealth and state efforts to put in place a path for these “checks and balances” to occur.

He said that the reforms were necessary measures for further evaluation to be undertaken in consultation with the medical profession.

“The medical profession has to be satisfied that the necessary steps are in place to use the products as they come through with all the necessary checks and balances, which would ordinarily be handled by the TGA, but are now allowed to be handled through the clinical trials framework and authorised prescriber framework, as agreed by the Commonwealth, as a way to bring all those necessary further steps into play,” Professor Penington told MJA InSight.

He said that Australia had a chance to rollout medicinal cannabis “rather better than many other countries have”, but it was crucial to take a step-by-step approach.

He added that it was important to take into account community demand – particularly among patients with painful, inoperable cancer – but that had to be balanced against the concern of the medical community that medicinal cannabis products were safe and effective.

“The medical profession doesn’t want to be steamrolled and asked to prescribe something they cannot be sure is safe to use,” Professor Penington told MJA InSight.

Professor Martin said that there was also a sense in the community that medicinal cannabis was safe because it had been used for more than 2000 years.

“The people who will be using it for medicinal purposes are pretty sick, they are often older, and they are usually not tolerant to cannabis.”

Professor Martin said that she was conscious of not being paternalistic and did not wish to diminish the hope of patients who were desperately seeking therapies for children with intractable epilepsy or for patients with terminal cancer.

“We want to keep that hope alive, and get excited that this might be helpful. But the reality is we don’t have that evidence yet that it will be helpful,” Professor Martin told MJA InSight.

“Our main issue is that we feel that there is a big groundswell of people trying to get this drug available and there may be a lack of understanding about the rigorous process that drug development goes through.”

Professor Martin said that if they were able to demonstrate a benefit in reducing seizures in children, this would need to be balanced against potential long-term risks to the developing brain. “It might all turn out to be safe, but … we don’t have the evidence of safety and effectiveness yet.”

Professor Wayne Hall, Director of the Centre for Youth Substance Abuse Research at the University of Queensland, said that the MJA article was “long overdue”.

“There has been a lot of uncritical attention in the media, which has created the impression that there is abundant evidence of the effectiveness of medicinal cannabinoids and cannabis in the treatment of various disorders,” he said. “In fact, as [the authors] point out, most of the evidence is anecdotal.”

He added that it was understandable that the community wanted to see action on medicinal cannabis because for some of these conditions, particularly the intractable forms of epilepsy, there was no effective alternative treatment.

“But it’s important that we’re doing trials to evaluate these claims.”

Professor Jan Copeland, Director of the National Cannabis Prevention and Information Centre at the University of NSW, said that the availability of medicines should be informed by science, and cautioned Australia from following the lead of the US.

“In the US, the medicinal marijuana legislation was through a citizen-initiated referendum. It was not based on any scientific or medical evidence at all, and the medical profession has not been involved in the dispensing and supervision of medicinal cannabis in the US,” Professor Copeland told MJA InSight.

She said that the US also failed to adhere to promises to fund public health information to counter the “weed is good for you and non-addictive and cures cancer” messaging.

Editor’s note: We have received complaints that the poll previously attached to this story was badly worded and therefore did not accurately reflect the full range of opinions. We agree. We have closed that poll, and replaced it with the one below.

The medicinal cannabis process is moving too quickly

62 thoughts on “Slow and steady on medicinal cannabis”