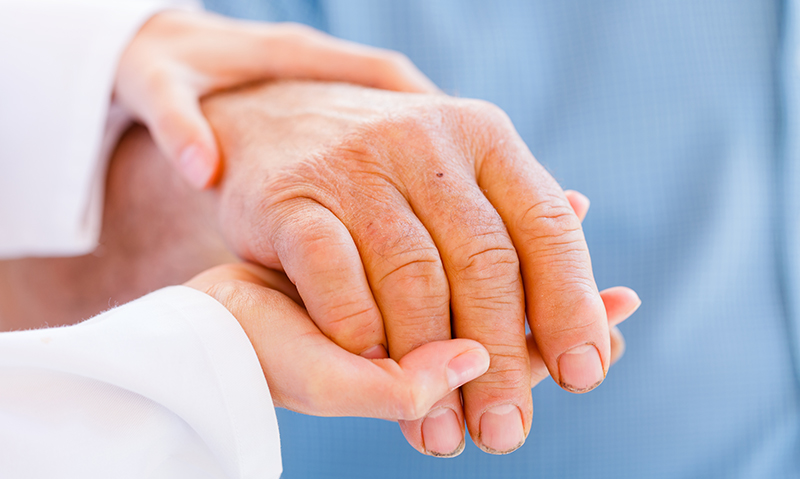 ENGAGEMENT with patients and their families is critical in determining when end-of-life treatments are futile, say researchers who have found that doctors have a shared understanding of the concept of “futility” and put patient benefit at the centre of treatment decisions.

In a qualitative study published in today’s MJA, researchers evaluated doctors’ perceptions of the terms “futile” and “futile treatment” in end-of-life care, finding that doctors overwhelmingly took a qualitative approach to assessing futility.

Lead author, Professor Ben White, director of the Australian Centre for Health Law Research at the Queensland University of Technology, said it was not surprising to find that doctors placed patient benefit at the centre of end-of-life care decisions, but it did highlight that it was “absolutely critical” to engage with patients and their families in these discussions.

He said the findings also emphasised that “patient benefit” was a subjective term and it was important to recognise this in these discussions.

For the study, the researchers conducted semi-structured interviews with 96 doctors from three Brisbane teaching hospitals in 2013.

Commenting on the findings, Professor Ian Olver, director of the University of South Australia’s Sansom Institute for Health Research, said a “one-policy-fits-all” approach was not appropriate for end-of-life care.

“The bureaucratic response is sometimes to force people into a one-policy-fits-all approach, [but] it doesn’t actually work when you’re dealing with a range of patients; you have to discern what they want and to try to provide it,” Professor Olver told MJA InSight.

He said patient-centred care should be the aim of all clinicians, and welcomed the findings that doctors were putting patient benefit at the centre of their decisions regarding futile medical treatment. He said it reflected research he conducted in 2008 investigating patient perceptions of “do not resuscitate” orders.

“We talked to dying patients about how they would frame ‘do not resuscitate’ orders and the big message that came through is that people … will be at different stages and therefore the doctors need to ascertain where they are at and behave accordingly,” he said

“An important question to raise with a patient facing advanced and terminal illness is ‘What matters most to you?’,” he said, adding that this would enable the patient to talk about their priorities, whether that be attending the upcoming wedding of a child, retaining mental clarity, spending time at home or being spared as much pain as possible.

Professor Maddocks said clinicians continued to struggle with the shift from intensive treatment to palliative care.

“We get stuck a bit sometimes, particularly when therapies have been useful previously. Stopping these treatments can be quite difficult for patients and for doctors who have a sense that they don’t want to abandon the patient,” he said.

“I think it’s getting better, but if you’re not quite sure what the alternative is to doing more, say chemotherapy, it’s quite difficult to make that switch.”

He said the media also played a role in raising the public expectations of the infallibility of medicine.

“When the treatment proves unsuccessful, it seems as though medicine has failed, and everybody is disappointed,” he said.

In an editorial accompanying the MJA study, Professor Maddocks proposed a change in terminology from “futility” to “utility” in end-of-life care.

He said futility was an absolute term and could result in a sense of disappointment and failure in the doctor, and in despair and abandonment for the patient.

However, he said, “utility” reflected a positive intent, focusing on what could be done, rather than on what would be avoided.

Professor Maddocks told MJA InSight that there was always something that could be done to make patients more comfortable.

“There is always something more we can do – a foot massage, bathing a patient’s face. Gentle things that are acts of kindness may be all you can do, but are important. And the doctor should be part of this – they don’t necessarily need to do the foot massage, but they need to know that simple little things can be just as important as intensive therapies,” he said.

Professor White said the terminology used can be important.

“There has been lots of discussion about what words should be used when talking about end-of-life decisions and whether treatment should be given or not,” he said. “The idea of utility is an interesting one, but there are others, for example, recent US guidelines talk about ‘potentially inappropriate treatment’.”