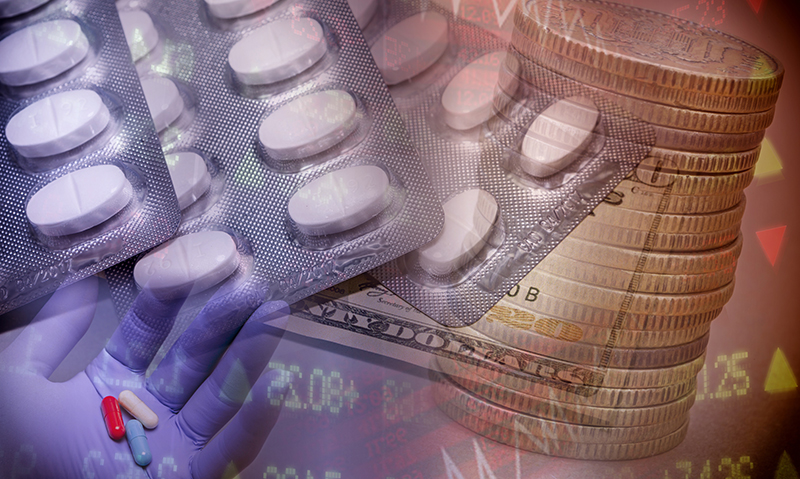 Working together to lower drug costs

SEVEN months after the Senate Community Affairs References Committee report into the availability of new, innovative and specialist cancer drugs in Australia, there has been no response from the federal government, but cancer drug experts remain hopeful of improving access to drugs for patients in need.

Professor John Zalcberg, co-chair of the Cancer Drugs Alliance (CDA), told MJA InSight that despite up to 2-year delays in getting life-saving drugs through the health technology assessment (HTA) process, Australia’s system was “not broken but needs finetuning”.

Professor Zalcberg was responding to a Perspective published in the MJA which called for “greater transparency surrounding both HTA and price negotiations”.

“At present, decisions about access to cancer medicines are made behind closed doors, largely because of the perceived need to maintain commercial confidentiality,” the authors, Dr Wendy Lipworth and Mr Narcyz Ghinea from the Centre for Values, Ethics and Law in Medicine at the University of Sydney, wrote.

“It is understandable that companies would not want to completely reveal their commercial interests, but without greater openness about how funding decisions are made, and how medicine prices are linked to underlying research and development, manufacturing and operational costs, we will remain unable to optimise the utilisation of our health resources in a way that works for both society and the pharmaceutical industry.”

Professor Zalcberg said transparency was a “nice” goal but it was unlikely to occur.

“Nobody – not governments, not pharmaceutical companies – wants to hurt patients, but there has to be a health technology assessment process. But there’s a risk of collateral damage in the interim to patients – particularly disadvantaged patients – at a time when they are in most need,” he said.

The pricing of cancer drugs was a complex process with many layers, Professor Zalcberg said.

“These costs are set by global pharmaceutical companies. What the actual dollar cost of these drugs is, is not something the Senate controls, and there are many variables involved.”

Australia represents about 1% of the global pharmaceutical market making us “a small player in this market”, according to Lipworth and Ghinea.

“The US — traditionally the bastion of medicine price deregulation — now recognises that high drug prices are the biggest barrier to patient access, and questions are beginning to emerge about the legitimacy of the prices being charged,” they wrote.

“No doubt, recent scandals relating to unjustifiable price hikes — most notably the more than 5000% increase for 60-year-old drug pyrimethamine (Daraprim), used to treat infections such as malaria — has contributed to the recent spike in unease about medicine pricing.”

Professor Zalcberg said the requirements set by regulators involved more and more bureaucracy, which increased the burden on clinician researchers.

“There are many examples, for instance, of data being collected that is never used, because the pharmaceutical company’s monitor says the regulators require it,” he said.

He said the CDA was interested in talking with the government about fine-tuning the process for the benefit of patients.

“We want the government to know that we don’t think the system is broken, but we do believe there must be ways of doing it better,” he said. “Let’s work together.”

The MJA Perspective authors wrote that the pressure on governments is “likely to get worse”.

“There are almost 800 drugs in development for cancer, of which 98 are for lung cancer, 87 for leukaemia, 78 for lymphoma, 73 for breast cancer, 56 for skin cancer and 48 for ovarian cancer.

“A recent report by the IMS Institute predicts that 225 new medicines will enter the market over the next 5 years, and that cancer treatments represent the highest proportion of these drugs.

“Of the cancer medicines being developed, 91% will be targeted therapies, which is likely to make these medicines more expensive. Pressure on budgets will therefore only increase if something is not done now about cancer drug prices.”

The CDA’s White Paper, Improving access to cancer medicines, which was submitted to the Senate inquiry in March of 2015, detailed proposals, including the establishment of a national chemotherapy registry, “to provide a database of outcomes following the use of chemotherapy and targeted medicines”.

“Despite significant expenditure by the Australian government on these medications, there is currently no reliable, nationwide information about the patterns of use of these drugs or their safety or effectiveness in the clinic.

“Furthermore there are no data to determine whether chemotherapy is delivered in an equitable fashion and has the desired impact on the patients’ quality of life.

“In Australia it is envisaged the registry would be used to benchmark medication usage and outcomes with the purpose of improving quality of care, tracking the safety and efficacy of the drugs, and ensuring equitable delivery of cancer care.

“In addition, it would provide a framework for collection of real-world data to support alternative access strategies for new cancer medicines.”

Professor Zalcberg told MJA InSight that the 2 years’ negotiation about pricing and accessibility of drugs was critical to patients.

“And the thing is, if we can make this process better for cancer drugs, then we can work it out for other diseases as well – multiple sclerosis, motor neurone disease, depression.

“We can’t stop still,” he said. “We live in the real world, and we’ve got to do what’s best for patients.”

One thought on “Working together to lower drug costs”