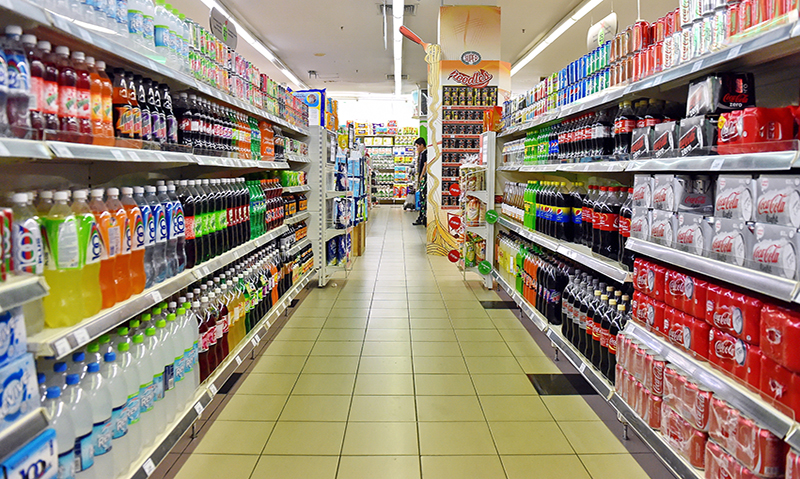 A TAX on sugary drinks should be on the table as part of a comprehensive strategy to tackle Australia’s rising obesity rates, say leading public health experts.

The call comes after the federal government ruled out following the UK’s lead in applying a levy to sugary drinks.

“We understand that governments vary in terms of their appetite for a tax like this, but given that the UK has done it, along with Mexico, South Africa and a number of other countries, it’s certainly something that ought to be in the policy mix,” Professor Jennings told MJA InSight.

“But there is no simple fix for rising obesity and there is no single policy that will achieve what we want. Like tobacco and road safety, it was never one initiative. We need sticks and carrots for public health measures to be effective.”

In March, the UK Government announced plans to tax sugary drinks with a levy applying to drinks with a total sugar content above 5g per 100mL, and a higher rate for drinks containing more than 8g per 100mL. Fruit juices and milk-based drinks will be exempt from the tax.

The tax will be introduced in 2018, giving manufacturers the opportunity to reformulate their products, with the funds raised earmarked for primary school sport programs.

The UK joins France, Belgium, Hungary, Mexico and Scandinavian countries, which have all imposed levies on drinks with added sugar.

Mexico’s tax, introduced in 2013, resulted in a 6% drop in beverages purchased in its first year, with the greatest reduction among households with the lowest socio-economic status.

Assistant Health Minister Senator Fiona Nash has ruled out such a tax in Australia, telling Sky News that the government did not think an SSB tax was the way forward. “It’s about people being informed, and making those choices and making them responsibly,” she said.

Professor Jennings said there needed to be a levelling of the playing field to support consumers in making healthier choices.

“Big Food has very effective marketing mechanisms. The availability of sugary drinks is extraordinary – you can’t go anywhere in remote Australia without finding some – you mightn’t be able to find fruit and vegetables, but you can always find a sugary beverage,” he said.

Professor Timothy Gill, Professor of Public Health Nutrition at the University of Sydney, said “everything should be on the table” in trying to tackle rising obesity, particularly childhood obesity.

“I wouldn’t criticise a government that took a long, hard look at [a tax] and then decided the negatives outweighed the positives, but ruling things out is not very helpful, particularly in a situation where we need every tool to address this issue.”

Professor Gill said consumption patterns of sugary drinks in Australia were concerning, with adolescents and young adults being the largest consumers.

“The soft drink industry says that they only contribute something like 2-4% of the total energy of Australians, and that’s true if you include everyone. But if you look at those large consumers – and that’s the teenagers and young adults – then it contributes somewhere between 10% and 15% of their total energy and about a third of their total added sugar intake,” he said.

He added that this energy intake came with no nutritional benefits, making sugary drinks an “important and appropriate target” for a tax.

Professor Gill said the UK tax model was flexible and volumetric, which dealt with the issue of the “incredibly cheap” pricing of sugary drinks and encouraged manufacturers to reformulate their products.

He said an SSB tax not only sent a price signal to reduce consumption, but also signalled that a government considered the consumption of excess sugar to be a serious health issue.

It was this messaging that Professor Anna Peeters, Professor of Epidemiology and Equity in Public Health at Deakin University, said was one of the most important aspects of a tax.

“Governments standing up and making big policy changes is going to have long-term effects above and beyond that policy itself. It’s setting a line in the sand and saying health is important and we are going to stand up for consumers’ health.”

Professor Peeters said it was “just a matter of time” before a similar tax was introduced here. She said there was growing acceptance internationally that obesity and unhealthy diets were going to be a major contributor to ill health, and to productivity and economic loss, and that action needed to be taken.

She said Australia had introduced the health-star rating system in 2014, and the UK’s SSB tax plan was another good example of governments taking this issue more seriously.

Professor Peeters also pointed to an initiative in Philadelphia, US, which was seeking to introduce an SSB tax, with money raised used to fund universal preschool and other community projects to make the measure more palatable to voters.

“Australia is grappling with this issue, the same as everybody, and my expectation is we will see a SSB tax come in in the next 5 years,” she said. “It’s just a matter of seeing how it works in other countries and then putting it in place.”

Speaking in an MJA podcast, Ms Jane Martin, executive manager of the Obesity Policy Coalition, welcomed the UK tax, but said that a 20% excise-style tax would be preferable to the UK approach.

She said politicians were currently lagging behind public sentiment on this issue, with 85% of Australians supporting the use of the revenue from a sugary drinks tax being used to fund childhood obesity prevention programs.

“The public is over the line, it’s the politicians and the public health groups who need to catch up,” she said.

18 thoughts on “Put tax on sugared drinks on table”