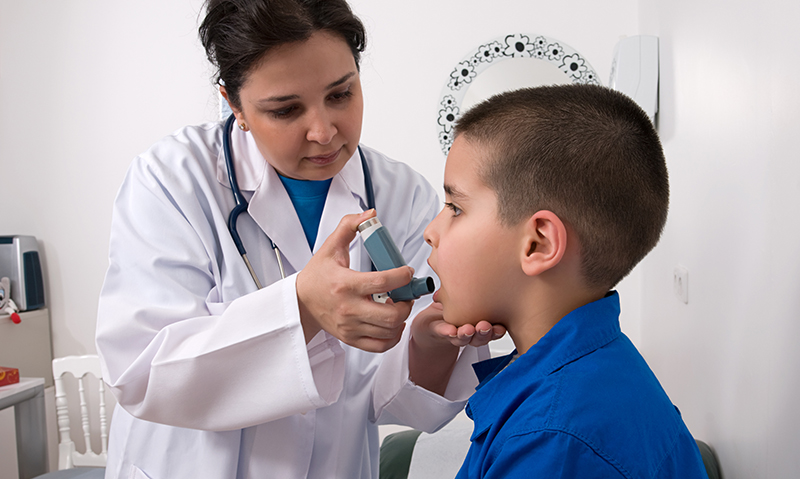 ASTHMA experts have proposed major changes to the way asthma medications are dispensed and priced to help close a gap of around one million patients with uncontrolled disease.

In a Perspective published in today’s MJA, clinicians from The Alfred Hospital in Melbourne said “radical steps” were needed to address a culture of over-reliance on relievers and undertreatment of underlying airway inflammation among many asthma patients.

Dr Tunn Ren Tay and colleagues responded in today’s MJA: “If these figures are truly representative of the nation’s 2.3 million people with asthma, they suggest that about one million Australians have uncontrolled asthma … Fundamental reforms to providing asthma care are therefore needed.”

Associate Professor Helen Reddel of the Woolcock Institute of Medical Research, lead author of the original study, told MJA InSight a major challenge was convincing patients to take preventer medications even when they didn’t have symptoms, to reduce their risk of serious asthma flare-ups.

“It doesn’t seem like a good solution to them, when the reliever is cheaper and fast-acting and they can access it without going to the doctor,” she said. “Also, no one likes being on medication long-term if they can avoid it.

“GPs need to make time for an empathetic conversation with their patients about the asthma medications they are using, where the patient won’t feel judged for poor adherence,” she said.

She said making a combined reliever–preventer inhaler available for as-needed use was a promising suggestion that was currently being investigated in four separate studies.

“Just getting a tiny dose of preventer on most days can reduce the risk of asthma-related death by half,” she said.

Associate Professor Reddel also said patients needed to be aware that reliever medication was not risk-free. An Australian case–control study linked overuse of salbutamol relievers with adverse cardiac and metabolic effects and death.

Professor Christine Jenkins, a respiratory physician at Sydney’s Concord Hospital, said talk of a “one million patient gap” may be overly pessimistic, as the original survey may have been biased toward recruiting actively symptomatic patients.

However, she strongly supported proposals to drive down the cost of preventer medication, saying these were likely to improve asthma care.

“There is a strong socioeconomic gradient in asthma outcomes in Australia,” she said. The most popular combination preventer inhalers cost $38 for about a 1-month supply, although cheaper versions are available.

Professor Jenkins said proposals to make preventers available over the counter needed to be very carefully evaluated. “Ad-hoc reliever use is a problem, but ad-hoc preventer use could also be a problem, as clinical review can be avoided either way,” she said.

Professor Mimi Tang, who leads the Allergy and Immune Disorders Research Unit at the Murdoch Childrens Research Institute, said there was “clearly a problem” with the level of uncontrolled asthma in Australia.

“Studies indicate that poor asthma control is the strongest risk factor for life-threatening food allergic reactions and for fatality due to food allergy,” she said.

Professor Tang supported the idea of making preventers available over the counter, but said this should probably be restricted to lower dose preparations.

She cautioned, however, about the proposal to limit access to relievers, saying “sometimes families forget to bring their child’s medication with them when travelling and will need to purchase additional reliever”.

A spokeswoman for the National Asthma Council said there was no conclusive evidence that restricting over-the-counter access to relievers would curb their excessive use.

She said a new National Asthma Strategy providing expert recommendations to the federal government was expected to be released toward the end of 2016.

Asthma was the underlying cause of 416 deaths in Australia in 2010, mostly involving people aged 70 years or older.

Should asthma preventers be available over-the-counter?