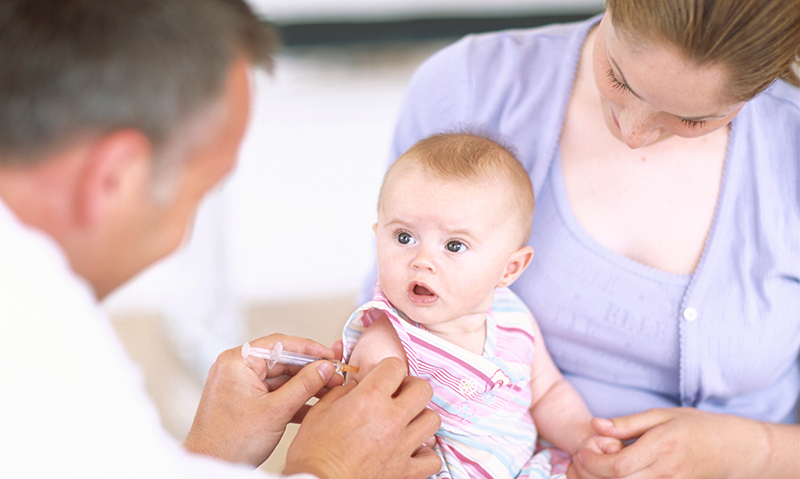 AS a mother and a medical journalist, I’ve long been aware of the dangers of whooping cough. I’ve read countless studies and seen heartbreaking images of coughing infants in media reports and on my Facebook feed.

However, I’ve comforted myself that almost all members of my extended family and my young daughter have been vaccinated. Pertussis can’t affect us, I thought. I was wrong.

Last month, three of my nieces and nephews and my brother-in-law all came down with whooping cough. The children were all vaccinated; the 4-year-old just in December. The complicating factor was they also have a younger sister who is only a few months old.

Although she had just had her first 6-week vaccine, she was being directly exposed to a disease that has the highest rate of disease and death in her age group.

How could a family that had done its best to protect its most vulnerable come down with such an ailment? There are media reports of whooping cough epidemics all the time.
Is the current vaccination schedule working in helping to reduce these outbreaks?

Whooping cough has long been a public health issue, however the reason for the increased levels of outbreaks in the past 20 years is due to a change in vaccination strategy.

Professor and Head of Modelling and Simulation at Murdoch Childrens Research Institute, Associate Professor Jodie McVernon says the previous “whole cell” vaccines were discontinued in the 1990s in Australia due to a high rate of fevers and other side effects. However, there have been other issues with the newer “acellular” vaccines.

“There is a growing body of evidence that the newer, acellular vaccines that we use now (which have fewer side effects) don’t protect quite as well, or for as long, making booster doses more important than ever,” Professor McVernon told MJA InSight.

“We have to be honest and say sometimes the vaccine doesn’t work,” he told MJA InSight. “It works better in the short term rather than the long term.”

Until recently, the National Immunisation Program recommended jabs at 2, 4 and 6 months with booster doses given at 4 years and 10 to 15 years. However, studies have shown children who haven’t received an 18-month booster dose have seen the effectiveness of their previous vaccinations decline progressively from 2 years of age. By 4 years old, the effectiveness of the vaccine is at less than 50%.

It is this waning immunity and an increase of infections among 2-9 year olds that has led to a change in the National Immunisation Program this year. From March 2016, children will also receive a pertussis vaccination at 18 months.

The main public health concern with whooping cough is protecting young infants, which is partly why the 18-month jab was reintroduced.

However, according to Professor McVernon, the biggest change to the current recommendations is not childhood jabs, but a recommendation for all women to receive a booster in each pregnancy.

“The recently announced maternal vaccine dose, given during the third trimester, is a major shift in vaccine strategy,” she said.

According to Dr Helen Quinn, Senior Research Fellow at the National Centre for Immunisation Research and Surveillance, this new recommendation is one of the best ways to protect young babies.

“Knowing the limitations with our current vaccine, I think we can make smarter choices with the schedule we’ve got and the recommendation of a vaccine in pregnancy is one of those choices,” she told MJA InSight.

In Australia, the maternal pertussis vaccination has only been recommended for a short time, however in the UK, it was introduced in October 2012, resulting in a fall of pertussis infections across all age groups during the time of the study. A study published in The Lancet estimated vaccine effectiveness at 91%, which the authors concluded was due to protection of infants from both passive antibodies and reduced maternal exposure.

A recent Melbourne study published in the American Journal of Obstetrics and Gynaecology suggests 28 weeks of gestation may be the optimal time for this vaccine and another study published in Clinical Infectious Diseases suggests even earlier in the second trimester “would widen the immunisation opportunity window and could improve seroprotection”.

Dr Quinn said at this stage they won’t be changing the recommended timeframe of early in the third trimester.

“We like the 28-week time point as there are other antenatal tests that get done around that time,” she said.

However, she said they acknowledge that it can be done earlier in the second trimester and if pregnant women miss the 28-week mark, they should still get vaccinated later in their pregnancy.

Other ways to protect a newborn infant include limiting exposure and by cocooning – where the father, grandparents and other adults in close contact with the new baby also get vaccinated. The current advice for health care workers and family members who come into contact with infants is to receive a diphtheria, tetanus and acellular pertussis-containing booster every 10 years, although there are no health issues if they have a reason to be vaccinated more often.

Although there are newer vaccines in development, there’s nothing likely in the short term.

According to Professor McVernon: “It’s uncertain whether these will become available for widespread use in the coming years, particularly given the success of the new maternal vaccination strategy.”

Dr Quinn says the focus now is getting the maternal vaccination nationally funded.

“Although it’s funded by the states, there is uncertainty about how long they’re planning to fund it,” she said. “Once it gets onto the national program, long-term funding is more assured.”

In my family’s instance, we were lucky as my niece didn’t contract whooping cough. Her mother was vaccinated during pregnancy, and she received a prophylactic antibiotic dose to help boost her protection.

However, many families have not been that lucky, which is why the new maternal vaccine is considered so important for future protection.

Professor Booy is unequivocal: “I need to emphasise, the most dramatic and effective way to protect babies under 6 weeks is to get pregnant mums vaccinated between 28-32 weeks of pregnancy. If you give it to the mother, it protects the mother and gives the baby more than 90% protection.”

Caitlin Wright is a medical journalist and online editor of doctorportal.com.au

9 thoughts on “Best protection from pertussis? Jab the mum”