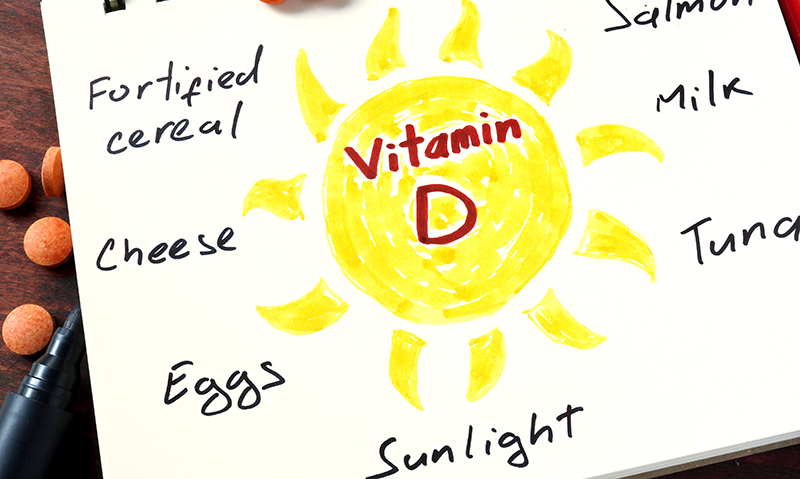 Supplement vitamin D rather than test

Cate Swannell
Issue 1 / 18 January 2016
OVERTESTING for vitamin D deficiency is on the wane, thanks to new Medicare item numbers and guidelines, and a decline in its trendiness, but a hard-core group of general practitioners continue to overtest, says a leading epidemiologist.
Professor Robyn Lucas, an epidemiologist with the Australian National University’s College of Medicine, Biology and Environment, told MJA InSight that the “craziness” about vitamin D had settled.
“Everyone got very excited for a while and blamed vitamin D for everything”, she said. “Reality has hit, however, and the vitamin D bubble has burst.”
Professor Lucas said there would always be a hard-core group of GPs who continued to overtest for vitamin D deficiency.
“The [obvious question is], if you know your patient is at risk — sits in an office all day, or has other risk factors — why test them? Why not just supplement them?” she said.
Professor Lucas’ comments come in the wake of a short report, published today in the MJA, by Dr Steven Boyages from the Western Sydney Local Health District.
The introduction of five new Medicare item numbers and guidelines late in 2014 had led to a “marked reduction” in benefits paid, and a saving of $39.46 million, according to Dr Boyages.
He wrote that “the number of services for vitamin D per 100 000 population fell from 18 140 in 2013–14 to 14 415 in 2014–15”, with savings to the end of the 2014–15 financial year of about $42 million.
Frequency of vitamin D testing had risen “dramatically” in Australia between 2000 and 2010, Dr Boyages wrote, but increased testing had not translated into improved health outcomes.
“Medicare Benefits Schedule (MBS) expenditure on vitamin D testing rose from $109.0 million in the 2009–10 financial year to $151.1 million in 2012–13, falling slightly in 2013–14 to $143.1 million,” he wrote.
Speaking with MJA InSight, Dr Boyages said updated figures showed the actual spending on vitamin D testing from November 2014, when the five new Medicare item numbers were introduced, to November 2015 to be $78 million, a fall of $62 million on the previous year.
“Our main message is moderate to severe vitamin D deficiency is only present in about 4% of people,” Dr Boyages told MJA InSight.
“[GPs] should take a baseline reading in summer, and another baseline reading at the end of winter. Unless your patient has other high-risk factors, that’s all that’s really needed.”
High-risk patients include those with osteoporosis, osteomalacia, disorders of calcium and parathyroid hormone, malabsorption, chronic renal disease, darker pigmented skin or reduced sun exposure, as well as those under 16 years of age and patients taking drugs known to reduce vitamin D levels, Dr Boyages wrote.
He agreed that vitamin D had been through a “fashionable phase” but that more recent evidence had shown little benefit other than for bone health.
“The fad has waned, and that’s certainly a factor in why testing numbers and expenditure have dropped,” he said.
Dr Michael Tam, a staff specialist in general practice and a conjoint senior lecturer at the University of New South Wales, told MJA InSight that he did not believe the new Medicare item numbers and guidelines were the cause of the downturn in testing and expenditure.
“It's great to see that the cost (and volume) of vitamin D testing is coming down,” Dr Tam said. “It is increasingly recognised by most doctors that there is little utility in vitamin D testing in the majority of the population.
“[But, this report] under-recognises some of the major efforts promoting evidence-based pathology ordering in general practice, such as the Choosing Wisely campaign, from NPS MedicineWise.
“I see the targeted guidelines as being part of the clinical cultural environment that led to a change in beliefs and attitudes towards vitamin D testing. Undoubtedly, it is a very important thing. However, it must be understood within the context of the limits of its influence.
“There is still a long way to go in reducing vitamin D testing to the level that would be supported by evidence-based practice, and this most likely will require more than guidelines.”

How often do you test for Vitamin D deficiency?

5 thoughts on “Supplement vitamin D rather than test”