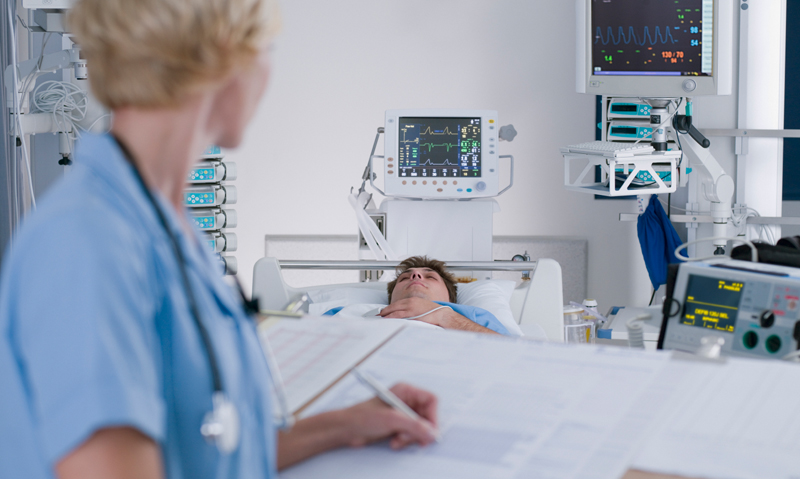 AN Australian hospital’s decision to abandon the practice of routinely isolating patients with vancomycin-resistant enterococci has divided experts.

Dr Allen Cheng, of the Alfred Hospital in Melbourne, said the hospital recently changed to a “risk-based policy” for patients with vancomycin-resistant enterococci (VRE) so that even in high-risk settings such as haematology–oncology units, patients with VRE were not automatically isolated.

Instead, only VRE-infected patients with diarrhoea or large, uncontained wounds were isolated, and patients with VRE did not share a room with highly vulnerable patients, he said.

Dr Cheng coauthored a Perspectives article in this week’s MJA, in which the hospital’s infectious diseases experts explained the rationale for the changes. (1)

Noting that colonisation with VRE was now endemic in many hospitals, the authors highlighted the negative impacts of isolation on the care of VRE-infected patients, including higher rates of medication errors and delayed access to radiological investigations.

“While these impacts may be justified and mitigated where there are few colonised patients or in an acute outbreak setting, they are less justified in an ongoing endemic setting”, the authors wrote. This was particularly true for VRE, where “subsequent clinically significant bloodstream infection is uncommon among colonised patients”.

They wrote that recent studies challenged the assumption that VRE was spread mostly via the hands of health care workers or in the hospital environment. Instead “a substantial proportion of new VRE may have emerged through de-novo generation due to antibiotic selection pressure”.

The authors argued that interventions universally applied were more effective at infection control than targeting people with specific pathogens through contact precautions. For instance, the use of chlorhexidine-impregnated washcloths among intensive care patients had been shown to reduce new VRE colonisation as well as reducing methicillin-resistant Staphylococcus aureus colonisation and central line-associated bloodstream infections, they said, suggesting it could be rolled out to other units.

Other universal interventions they suggested included room cleaning and disinfection, provision of sufficient toilets and bathrooms, and antimicrobial stewardship programs.

However, Professor Lindsay Grayson, the director of Austin Health infectious diseases, said there was insufficient evidence to abandon contact precautions. He warned that even in the absence of diarrhoea or large wounds, VRE could still be found on the doorknobs, bedrails and toilet seats of rooms accommodating patients with VRE.

“We need both universal interventions and contact precautions”, he told MJA InSight. “In high-risk units such as haematology–oncology, ICUs [intensive care units] and liver and renal transplantation, it is particularly important that anyone colonised is not sharing a toilet with people not affected by the same strain, as we know that isolation works, and that the risk of bacteraemia is much higher in colonised patients.”

The most effective universal intervention was bleach-based cleaning, which was recently shown to markedly reduce new VRE colonisations in high-risk patients and VRE bacteraemia at the Austin hospital, he said. (2)

Dr Patrick Harris, an infectious diseases physician and microbiologist at the University of Queensland, agreed with the Perspectives authors that detailed genomic studies had recently thrown up some “unexpected results” that challenged preconceived ideas of how VRE was acquired and spread.

“I suspect that a key driver is excessive antibiotic exposure, forcing the enterococci to acquire resistance genes from other gut bacteria to survive”, he told MJA InSight.

However, he said it was probably too early to abandon widespread use of contact precautions.

“We will probably have to be more nuanced about it”, Dr Harris said. “However, nuance often fails to work all that well in infection control as systems often need firm ‘rules’ to run efficiently, otherwise confusion can reign.”

In a separate article in the MJA this week, doctors said lapses in infection control practices or environmental contamination might have contributed to the recent transmission of carbapenem-resistant Klebsiella pneumoniae at an Australian hospital. (3)

The case included a 68-year-old Australian-born woman who had never travelled overseas and who presented with septic shock and leg erythema surrounding an ulcer. A second patient, admitted to hospital for thigh cellulitis and septic shock, contracted the infection after being in the same four-bed high dependency unit.

One thought on “VRE isolation rethink”