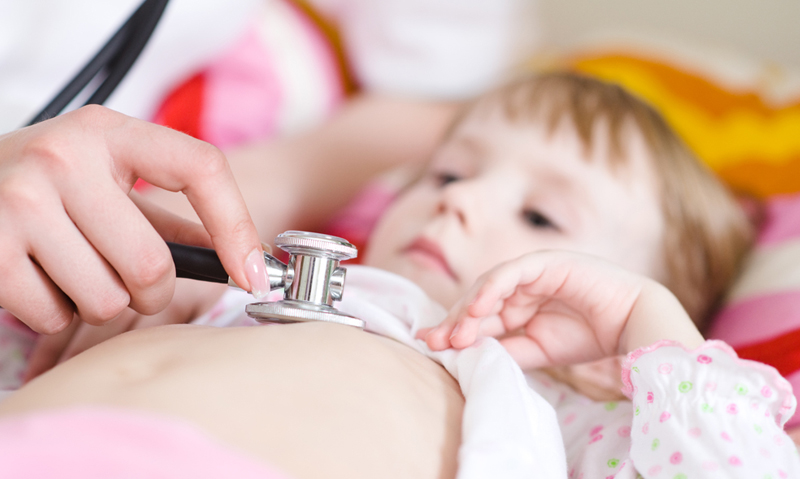 EMPATHY and understanding, as well as higher level consultation skills, are needed when dealing with parents seeking a “silver bullet cure” for their young children’s respiratory tract infections, say experts.

Dr Michael Fasher, a board member of the Royal Australian College of General Practitioner’s National Faculty of Specific Interests, said parental pressure to provide a cure for respiratory tract infections (RTIs) was a real issue in general practice.

Dr Fasher, who is also a Sydney GP, was commenting on an MJA study that found antibiotic prescribing rates for upper respiratory tract infection (URTI), bronchitis and tonsillitis in children aged under 5 years were higher than recommended by current therapeutic guidelines. (1)

“If you think about a preschool child who is well, happy, joyful, lovely to live with, when they get a viral respiratory illness, this delightful child becomes whingey and clingy, they’re not eating, they’re not sleeping, and are very difficult to live with”, Dr Fasher told MJA InSight. “And, of course, the mother [or father] has to take time off work, yet again. So it’s very understandable why families are looking for a silver bullet.”

However, Dr Fasher said prescribing an antibiotic meant families could then miss out on the opportunity to become more confident and more competent in managing these very common respiratory infections.

“The main ingredient needed for success in dealing with this parental desire for a cure, is basically empathy and understanding of how difficult it is for parents with ill children”, he said.

Professor Parker Magin, medical educator at General Practice Training – Valley to Coast and conjoint professor in the discipline of general practice at the University of Newcastle, said although the diagnosis of a RTI might be straightforward, the consultation could be complex and might require higher level consultation skills.

Professor Magin said there was evidence that GPs sometimes misinterpreted patient expectations and this could be avoided if the consultation was approached as a more complex one than it might at first seem.

In the MJA analysis of 31 295 children aged under 5 years presenting to general practice, almost one in four encounters were for RTIs.

The data, collected in the Bettering the Evaluation and Care of Health (BEACH) cross-sectional survey, showed that antibiotics were prescribed most frequently for tonsillitis and least frequently for URTI.

However, even though URTIs had the lowest antibiotic prescribing rate, it was the condition for which GPs were most likely to recommend an over-the-counter (OTC) medication.

“Although physicians, researchers and paediatricians agree that common cold treatments and remedies do not reduce illness duration and offer little benefit, GPs might still advise OTC medications (rather than prescribe antibiotics) to address some parents’ expectations that medication will cure the common cold”, the authors wrote.

The researchers also noted that prescribing rates varied according to age and gender, with male GPs and older GPs slightly more likely than female GPs and younger GPs to prescribe antibiotics.

Dr Fasher said it was encouraging to see that younger, more recently educated doctors were “moving in the right direction” and were less likely to prescribe antibiotics for RTIs than their older colleagues.

He told MJA InSight efforts to support GPs in reducing antibiotic prescribing rates had been effective, but needed to continue. Ongoing education of GPs and parents and ongoing research was important, as was equipping GPs with the communication skills to deal with distressed patients.

A shift in diagnostic focus might also be needed, said Professor Magin, a coauthor on recent research that found that GP registrars also prescribed antibiotics for respiratory infections when it was not recommended by guidelines. (2)

“We are teaching our registrars … to diagnose and treat on the presenting syndrome (eg, sore throat or acute bronchitis), not on whether they think it’s of viral or bacterial aetiology”, he told MJA InSight.

“We know from the studies that for some of these syndromal presentations (eg, URTI or acute bronchitis) antibiotics are not of value in the great majority of circumstances.”

Should doctors always refuse to prescribe antibiotics at a patient or parent's request when there is no clinical indication?