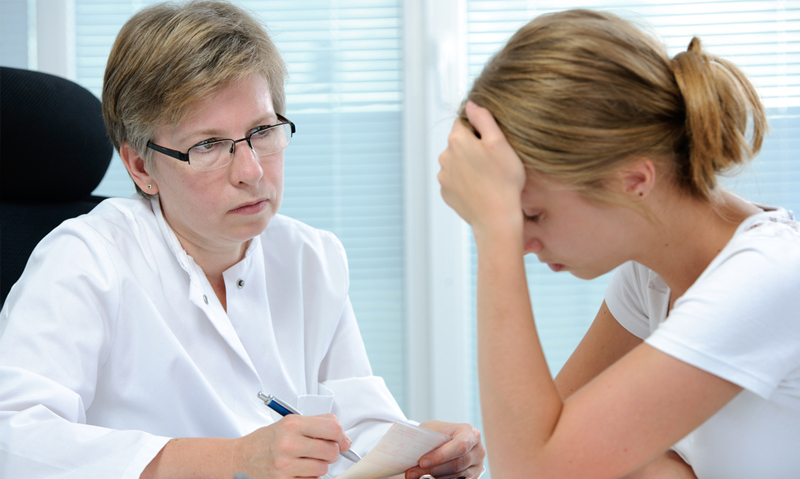 A LEADING mental health expert says anxiety and affective disorders need to be taken more seriously by the medical community, after research found only a small proportion of patients receive evidence-based treatment.

Professor Helen Christensen, professor of mental health at the University of NSW and chief scientist at the Black Dog Institute, told MJA InSight that anxiety in particular was often not perceived as being as severe as other mental illnesses, resulting in some diagnoses being missed.

“But anxiety is a debilitating condition that can reduce self-esteem [and] social engagement, and makes a person feel very isolated.”

Professor Christensen was responding to an MJA study that examined the frequency, type and quality of mental health treatment among Australian adults with affective and/or anxiety disorders. (1)

The authors analysed data from the 2007 National Survey of Mental Health and Wellbeing, a nationally representative household survey of 8841 Australians aged 16‒85 years. A total of 17% of the respondents met the criteria for an affective and/or anxiety disorder in the previous year.

Professor Christensen said she believed younger people were an at-risk group for anxiety disorders because it was often assumed that feeling anxious was a normal aspect of being a young adult.

“And young people may also not seek treatment because they just don’t recognise their own symptoms”, she said.

The MJA authors wrote that closing the gap in treatment quality required strategies to increase the use of evidence-based interventions and to ensure these were delivered in sufficient doses.

Further research was also needed to clarify why some patients were at increased risk of inadequate treatment, and exactly which aspects of treatment contributed to inadequate care, the authors said.

Dr Justin Coleman, a Brisbane GP and president of the Australasian Medical Writers Association, told MJA InSight he was concerned that such a large proportion of patients were not accessing care.

Dr Coleman said the study highlighted the need for a greater awareness among primary health care providers about the wide range of symptoms associated with affective and anxiety conditions.

“If patients don’t mention their symptoms to their GP, then the GPs need to be asking the questions, and be alert to the possibility of these disorders.”

However, Professor Malcolm Hopwood, professor of psychiatry at the University of Melbourne, believed a larger streamlining of care was needed to ensure patients received the right evidence-based treatment, and to prevent overmedicalising of anxiety and affective conditions.

He called for clearer guidelines for GPs on when and which cognitive behaviour therapies should be used, when medication was required and at what point a patient should be referred to a mental health specialist.

Professor Hopwood said that because anxiety especially was underrecognised, an ongoing GP training effort was required. “It needs to be put at the forefront of GPs’ minds as a potential diagnosis.”

One factor that contributed to anxiety diagnoses being missed was the difficulty of distinguishing between what was normal worry or anxiety, and what was not. This ultimately came down to an observation of the patient’s behaviour, Professor Hopwood said.

“If a patient’s symptoms are impacting on their functional capacity”, then it should be considered as an anxiety disorder.

Professor Christensen agreed that the diagnosis of anxiety was difficult, suggesting GPs may find checklists helpful, such as the Generalised Anxiety Disorder 7-item Scale (GAD-7), a patient questionnaire that serves as a screening tool and a severity measure. (2)

“This is simple and easy to use, and patients could even complete it on an iPad beforehand in the waiting room”.

Professor Christensen emphasised that cognitive behaviour therapies were as effective as medication in treating affective and anxiety conditions. In her experience, interactive, web-based psychological interventions had proven particularly helpful in treating younger adults.

Cognitive behaviour therapies should be encouraged as a first-line treatment for mild cases of anxiety and affective disorders, and to increase the use of these programs across all sectors of mental health, she said.